There are almost too many squad cars to count. They're scrapped, stripped, vandalized and deteriorating. 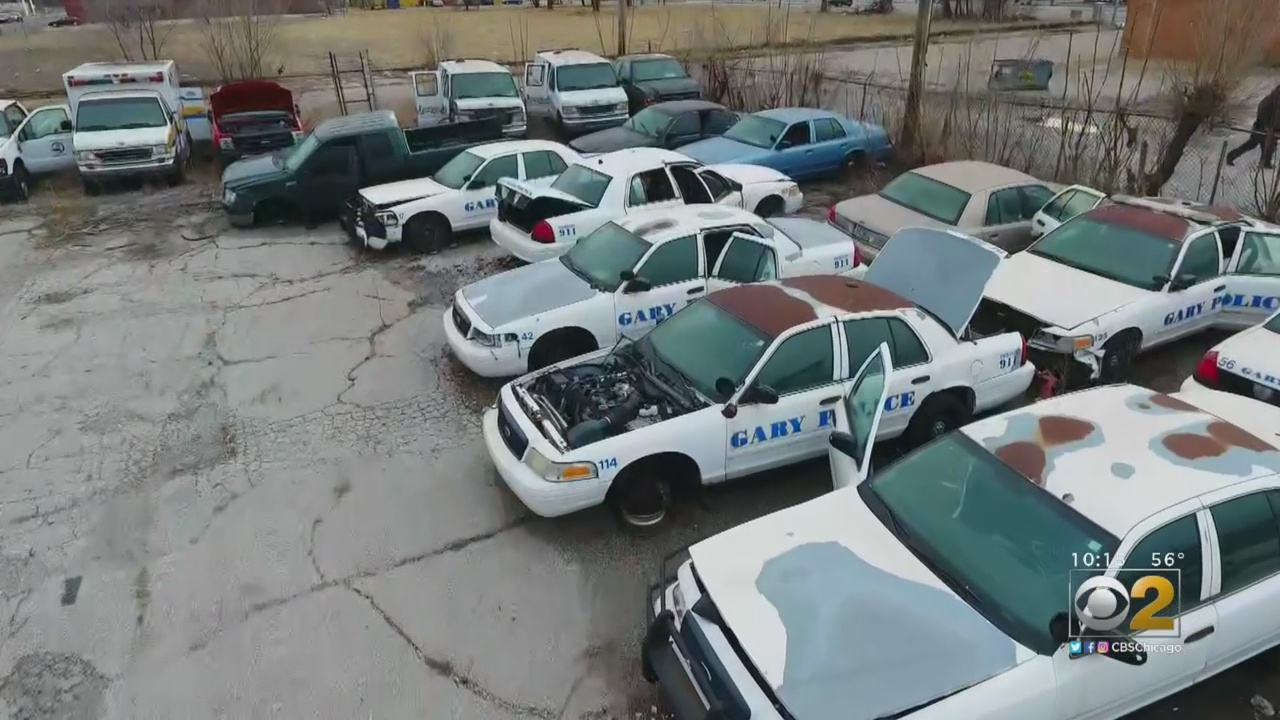 "Most of those cars that are there, or at least a good number of them, have been there, to be certain, for the last eight years," said mayoral candidate Jerome Prince.

Prince is also the assessor of Lake County, Indiana. He said the lots need to be cleaned up.

"Cleaned up. Perhaps utilized. At best there has to be tens of thousands of dollars of scrap material," he said. "It's an environmental hazard. It's unsightly."

In a city strapped for revenue, Prince's concerns echo those of other residents and police sources who say scrap money could help buy much-needed equipment.

She said there is a plan.

"We announced to the council last fall that we are going to have another auction so that we can get rid of those cars that aren't being used for spare parts and get some revenue in," she said.

Freeman-Wilson said some squads were actually sold three years ago, but the owners never picked them up. She said others are still used for parts. But there's still the question of appearance.

"There is actually a plan in progress underway to clean all three sites up," she said.

In one case, she said the site will be cleaned up by the end of May, just after mayoral ballots are cast.

What remains unknown is if this will be a campaign make or break issue.