CHICAGO (CBS)-- A 4-year-old girl is dead and eight people displaced after a house fire in the Gage Park neighborhood.

The 4-year-old girl was found unresponsive by the Chicago Fire Department in a first floor bedroom. She was taken to Holy Cross Hospital and later pronounced dead.

Eight people were displaced by the fire, according to CFD. There were 10 people, including the 4-year-old girl, in the house at the time of the fire. 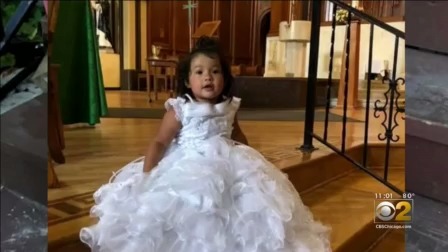 "Very very happy little girl," the victim's uncle said. "My sister tried to open the door, but burned her hands."

The cause of the fire is unknown at this time. There were not any working smoke detectors in the house.