CHICAGO (CBS) -- A woman was injured Thursday afternoon when a street light pole fell on her outside the Thompson Center.

A CBS 2 viewer captured these photos of the woman and the fallen pole on LaSalle Street.

The base of the pole appears to have significant rust. 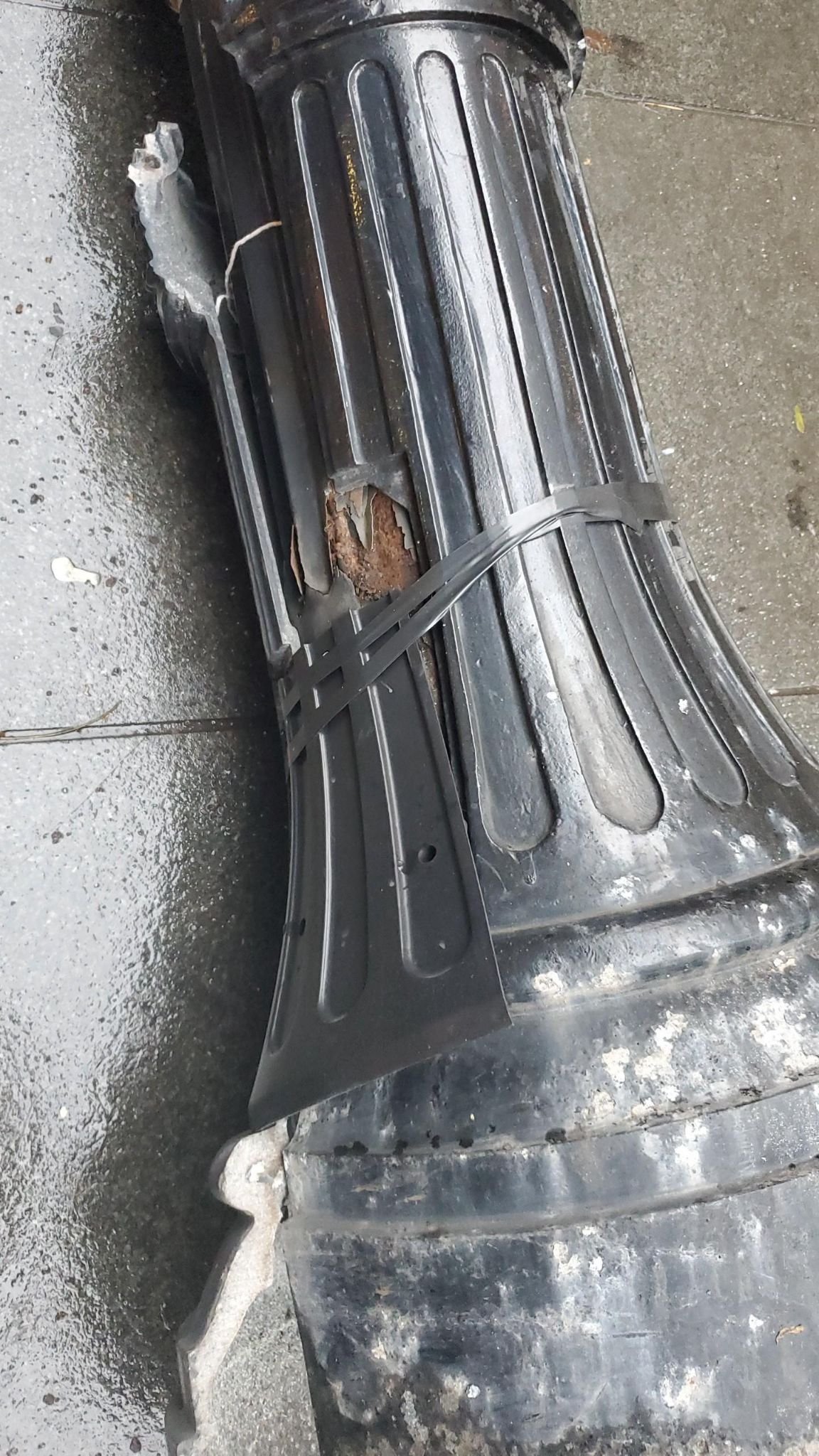 CBS 2's Dana Kozlov reports the injured woman was taken away in an ambulance. The extent of her injuries were not immediatly known.

A witness said she was crossing the street when she heard a crack and saw it fall. She rushed to help the injured woman.

CBS 2 Investigator Dave Savini has found thousands of complaints about fallen poles across the city, identifying the neighborhoods most at risk. The 42nd Ward, which includes the Loop, had the second highest number of complaints.

In 2015, the CBS 2 Investigators exposed hundreds of other city light poles with rusted out holes. The city made repairs then.