CHICAGO (CBS)—In a healthy economy, many Americans are finding a way to turn a good idea into a business. CBS 2 Morning Insider Vince Gerasole reports a certain quality links them all together.

They are all inventors with an idea they believe in.

A grip to help seniors open a bottle of water.

Aside from being inventors, they have something else in common. Each is over the age of 50, hoping to start a new business. 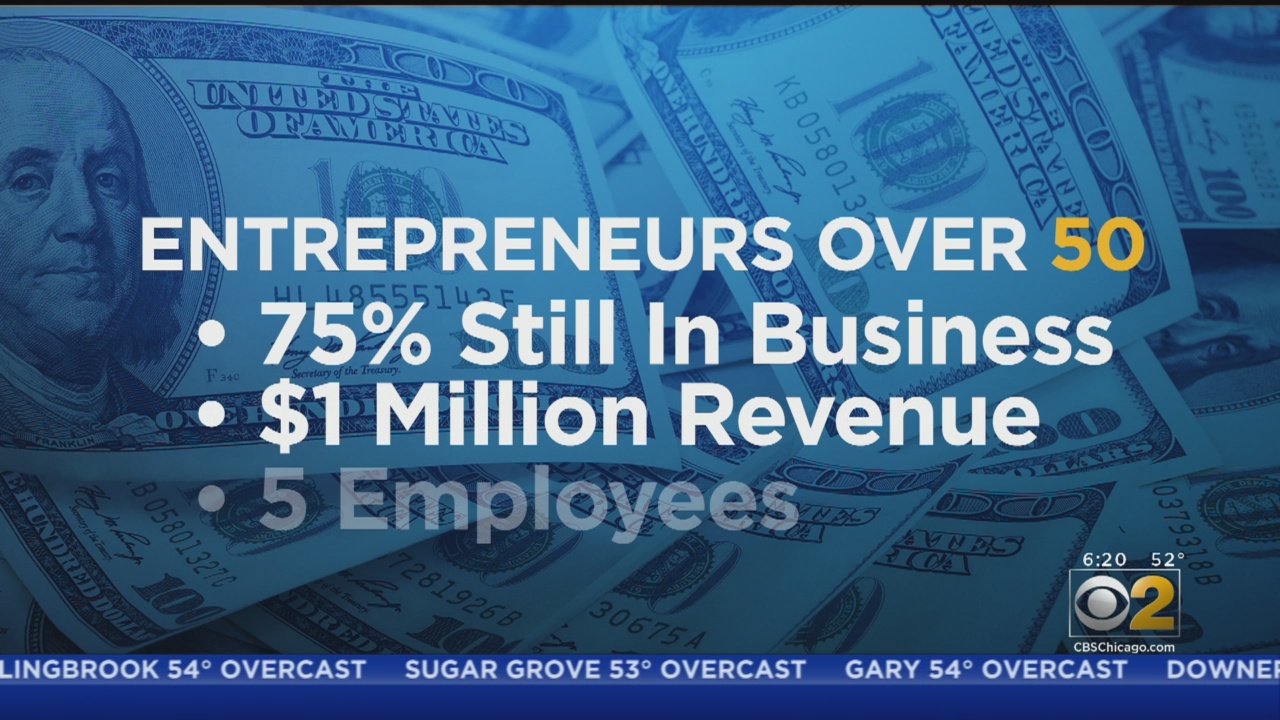 In an age of high-tech millennial millionaires, you might think the odds are stacked against them, but you'd be wrong.

Marge Johnsson, director of Northeastern Illinois University's Business Innovation and Growth Center, said if you are looking to increase economic development, you should go where the success rates are the highest, which would be with people who are 55 and older.

About 75% of entrepreneurs fail in their first year, but for entrepreneurs over age 50, 75% are still in business after three years, have more than $1 million in revenue, and employ about five people.

"They know I believe in it," said Andrea Pedersen-Cocolasses. "They know there is no stopping me."

With age, they say, comes confidence to commit to their product when approaching investors.

Many like Ziccardi are resilient. He bounced back from life as a trader as that profession waned. Family is an inspiration, too.

"I have very successful kids," he said. "I wake up every morning, I say 'They are so successful that daddy better get his butt in gear,' and they give me the inspiration."

After two decades working as a set designer for projects like Chicago Fire, Stephanie Gilliam says age, if anything, can open doors with investors.

"As long as you are willing to take a chance and you don't mind embarrassing yourself every so often," she said. "I think actually that age is experience."

They all brushed up their pitch skills at Northeastern Illinois University, and will be presenting their ideas before possible investors tonight, which takes a good dose of confidence at any age.