(CBS) Coming into the 2012 season, the safety position was a question mark for the Bears.

Under Lovie Smith, the Bears have drafted a safety every year and have gone through 56 different starting combinations. The goal for this season was to end the turnover and establish some stability with Chris Conte and Major Wright. Thanks in large part to a ferocious pass rush, the Bears young safety duo is showing promise.

Smith has maintained that the safeties are interchangeable in his system. That assertion was debunked a few times, but that may have had more to do with the available personnel, opposed to the scheme. While Conte is the single-high free safety in Cover-1 (Man Free) looks, the Bears have used their safeties interchangeably this season. Both Conte and Wright have been walked into the box, used as blitzers and have been around the ball in run support and pass coverage.

This is a make-or-break season for Major Wright. To this point in his career, he's struggled to stay on the field and has been inconsistent when active. In 2012, Wright has gotten off to a strong start, ranking second on the team in interceptions (3), third in tackles (20) and passes broken up (3), and had a game-sealing touchdown against the Rams.

Playing safety in Smith's defense requires alignment, assignment and making the play. That means reading your pre-snap "keys," which is identifying where the player you're responsible for is lined up, what your assignment is on that play (covering a deep half of the field, or a man), then reacting with speed downhill to make a play on the ball or ball carrier.

Using NFL GameRewind, let's take a look at a few plays involving Major Wright to compare and contrast his technique and discipline week to week.

The situation: With 11:22 remaining in the 4th quarter, the Bears are trailing the Packers 16-3. Jay Cutler has just thrown his third interception of the night, giving the ball to the Packers 1st-and-10 at the Bears 26-yard line. The Packers come out in 3WR-1TE-1RB personnel with Rodgers in the shotgun, and the Bears counter with their base nickel package (five defensive backs) in Cover-2. 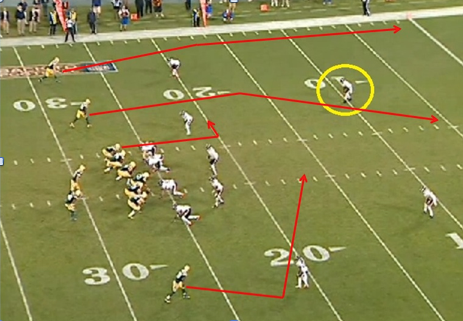 Wright is responsible for a deep half of the field, and the Packers choose to run a popular route combination against the Cover-2 near the end zone, two vertical routes. This combination puts pressure on the safety to remain disciplined in his drop and to wait for the ball to be delivered before making his break.

Being the savvy quarterback he is, Rodgers gives a slight pump fake to Jordy Nelson (top of the Packers formation): 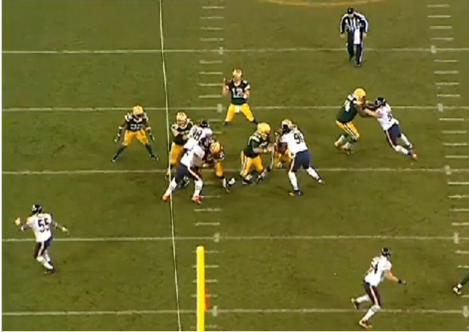 Wright bites on the pump fake, opens his hips to the outside, which allows Driver to angle his route toward the post in the vacated area for an easy pitch-and-catch touchdown, effectively ending this game. 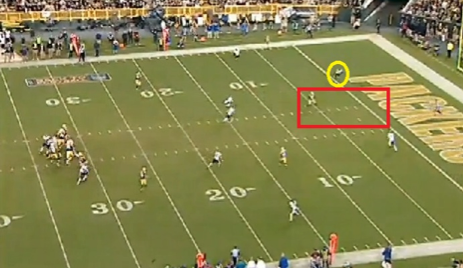 It should be pointed out that Brian Urlacher wasn't disciplined in his drop on this play – and frankly didn't have the change of direction speed he normally has – as he trailed Jermichael Finley on an out route, almost as if he thought it was man coverage. This widened the gap in the middle of the field, as Urlacher wasn't in the zone underneath the safeties that the Mike (middle) linebacker is responsible for in the Tampa-2.

The situation: With 6:08 remaining in the game, the Cowboys trail 34-10 and are in desperation mode. They have the ball 2nd-and-7 at their own 20-yard line, line up in 3WR-1TE-1RB personnel with Romo in the shotgun, and the Bears counter with their base nickel personnel in Cover-2. 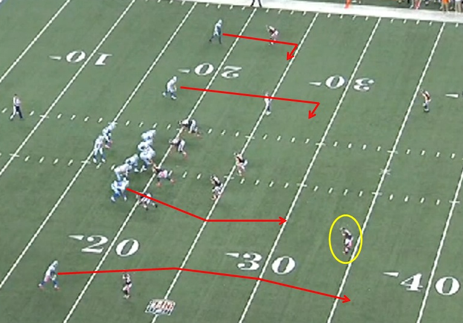 This time, though, Wright remains disciplined in his drop, reads Romo's eyes, and waits until the ball leaves his hand before he makes his break. Romo tries to get the ball to Ogletree, but Wright's proper technique and drive on the ball nets the Bears their fifth interception - Wright's second - of the game. 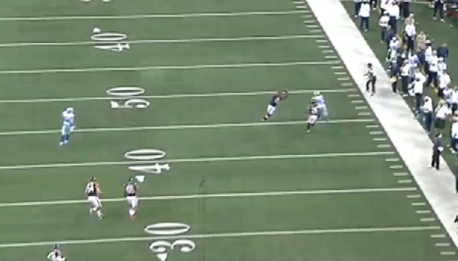 It's very encouraging to see Wright learning from mistakes so early in the season.

Wright's talent has never been in question. His development has been a matter of staying healthy, and then playing within the constructs of the Bears defense. When all 11 players do their specific job on every play, the Bears defense dominates.