(CBS) Pittsburgh Steelers defensive coordinator Dick LeBeau won't take full credit for being the first coach to run the zone blitz scheme, as its roots trace back to Bill Arnsparger's early 70's Dolphins. But, undoubtedly, LeBeau was the first to perfect and commit to it as a defensive philosophy.

At its core, a zone blitz is exactly what it sounds like, a pressure package with zone coverage behind it. This was revolutionary because man-to-man coverage was traditionally played behind blitzes. Thus, quarterbacks were coached to throw to where the pressure came from, targeting a predetermined receiver – their "hot" read - to exploit the void made in the blitzer's wake.

LeBeau found a way to exploit this preprogrammed man-to-man read by quarterbacks and set a trap. By showing blitz, he baited quarterbacks to throw into an area he had covered with a zone defender. He had shifted the paradigm, dictating to the offense instead of reacting to it.

Over time, LeBeau has added several wrinkles to this scheme. The Steelers play a shell game with their defensive front. They keep protection schemes guessing where the pressure is coming from by filling multiple gaps with feigning blitzers pre-snap, only to selectively send some and drop others into passing zones.

Let's go to the film room and take a closer look at a few of LeBeau's zone blitz packages.

LeBeau's goal is to create safe pressure. In order for a blitz to get home, a team must be able to confidently cover all passing zones with six players. In this example, the Steelers are in Nickel (5 defensive back) personnel in a 2-4-5 look. 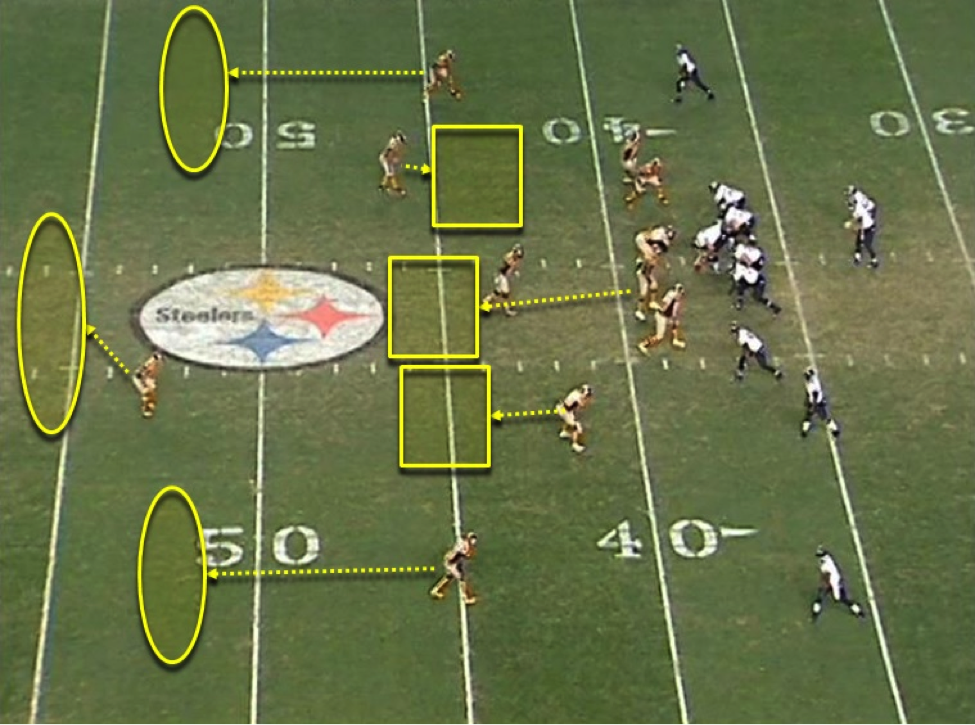 Note they only have one down-lineman - the nose tackle in a 0-technique - and leave a bubble over the right side of the Ravens offensive line. They show five blitzers at the line, but exchange James Harrison for Lawrence Timmons, dropping Timmons into the hook zone. 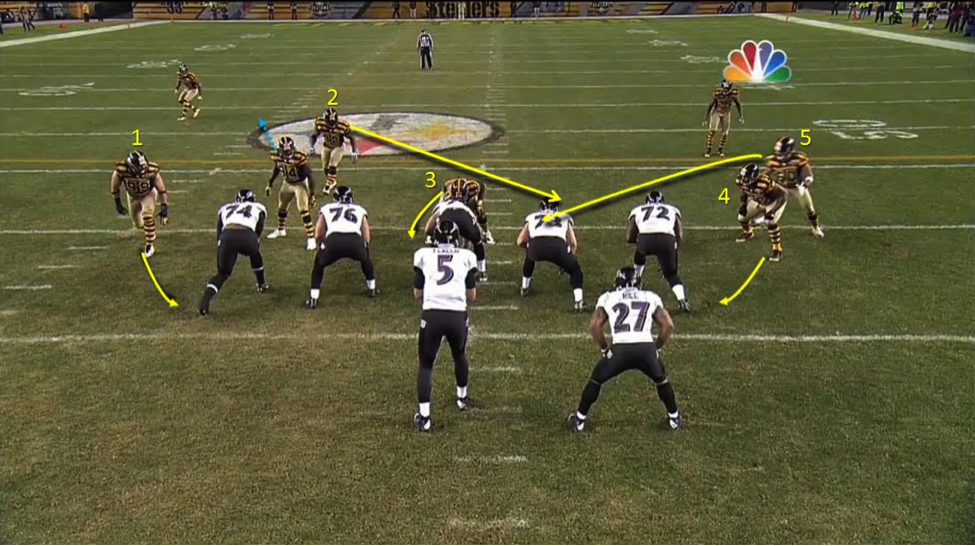 The Ravens do a nice job of picking this blitz up by passing along their assignments, however, the Steelers are sound in their coverage drops and take away Joe Flacco's hot read, forcing him to (wisely) concede the sack, instead of throwing into danger. 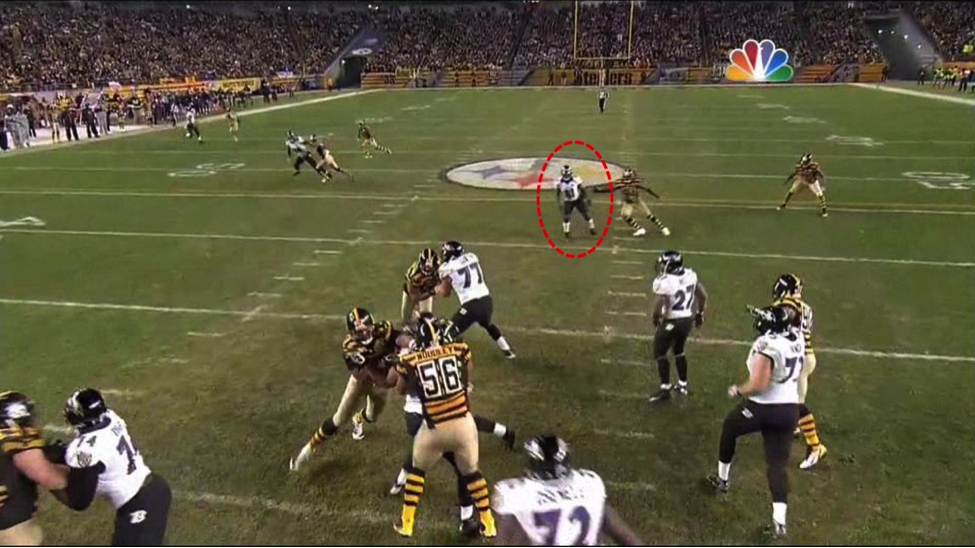 In this next example, the Steelers are in their Nickel defense in a 2-4-5 look. 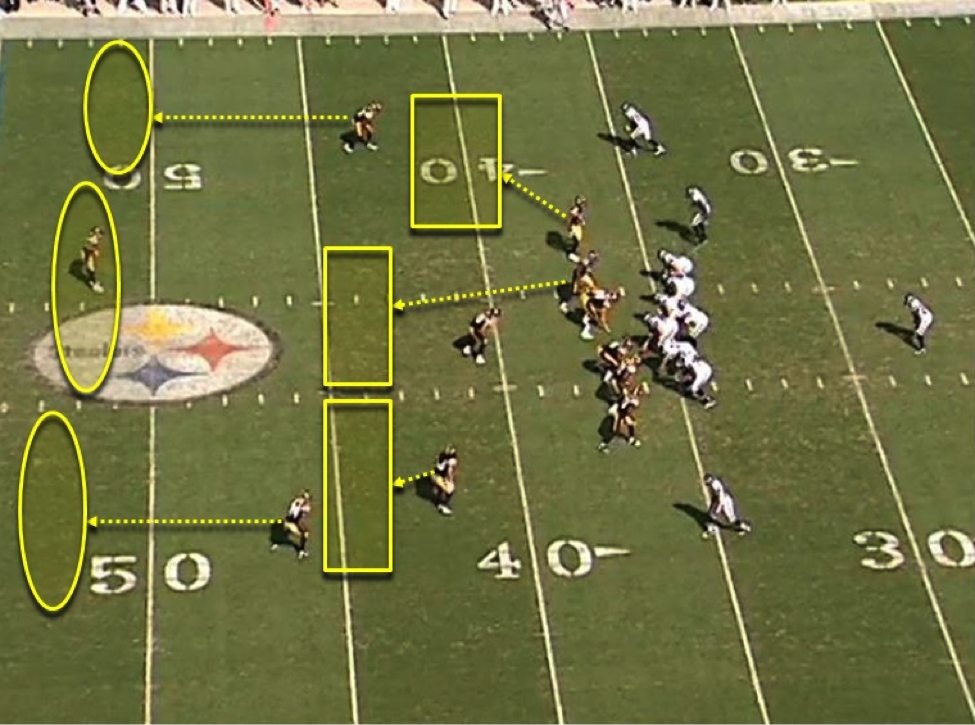 The Steelers show five blitzers at the line, overloading the open (weak) side of the formation. They slant their down lineman and Harrison to the left and bring William Gay off the edge. 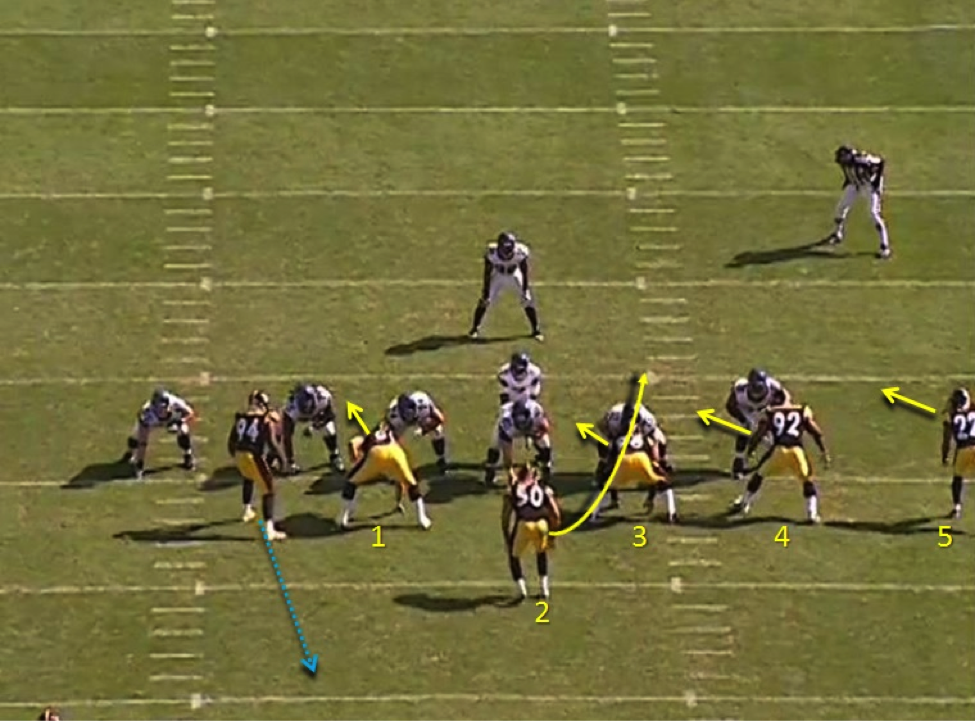 They successfully occupy the entire Seahawks offensive line with two down lineman and Harrison, and the running back picks up Gay, leaving Foote with a clear path to the quarterback for the sack. 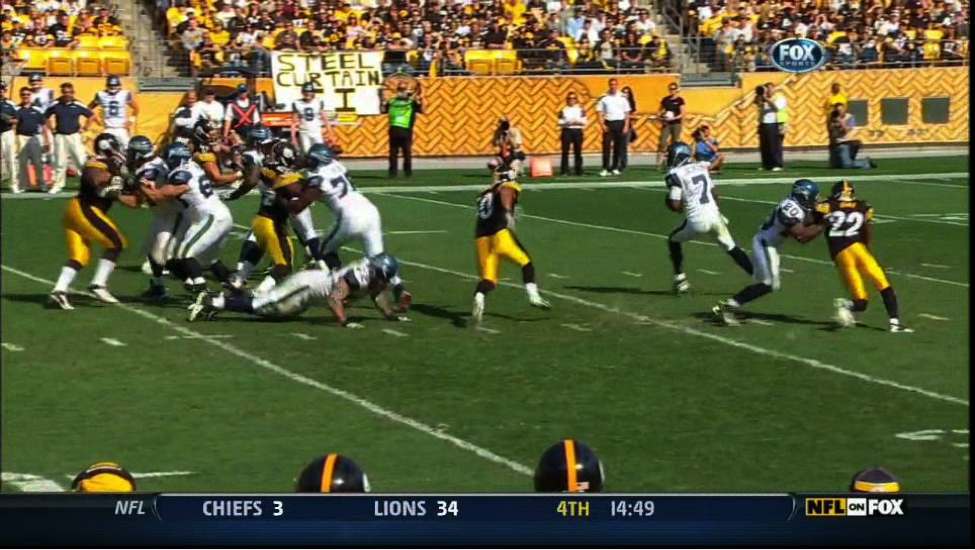 The Steelers execute this blitz exactly as its drawn up in the playbook.

The goal of a zone blitz is two-fold: to create conflict in a protection scheme, and disguise coverage in zones that would typically be left open. The Steelers run the scheme better than any team in the league and will certainly dial it up Sunday night to test the continuity of a still developing Bears offensive line.