Every year, Shanahan unearths a late-round, one-cut running back, plugs him in, and watches the yards pile up. Shanahan also has a knack for finding big-armed, mobile quarterbacks – John Elway, Jay Cutler, Robert Griffin III – to run the bootleg and sting defenses with their arms or feet.

The Redskins run-first philosophy is the bedrock of their offense. On this foundation, Shanahan and his son – offensive coordinator Kyle Shanahan – have developed an impressive cadre of concepts in the play-action passing game, designed to freeze and test the discipline of safeties and linebackers.

Against the Raiders, the Redskins come out in "12" personnel (1 Running Back, 2 Tight Ends) in a tight 1×1 alignment in a pistol formation. The Raiders are in their base personnel in a 3-4 front in Cover-1 Man Free coverage. 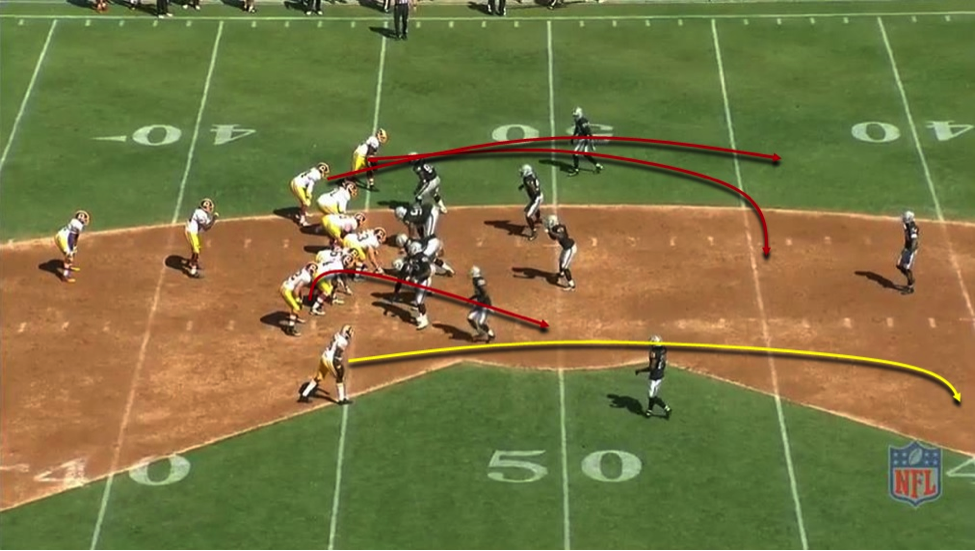 Griffin and Alfred Morris sell the outside-zone, but more importantly, the offensive line sells it. Like any well run zone-blocked play, the first few seconds should look identical, giving the defense less keys to read.

With the line working in concert to the left, the Raiders defense flows to the ball. 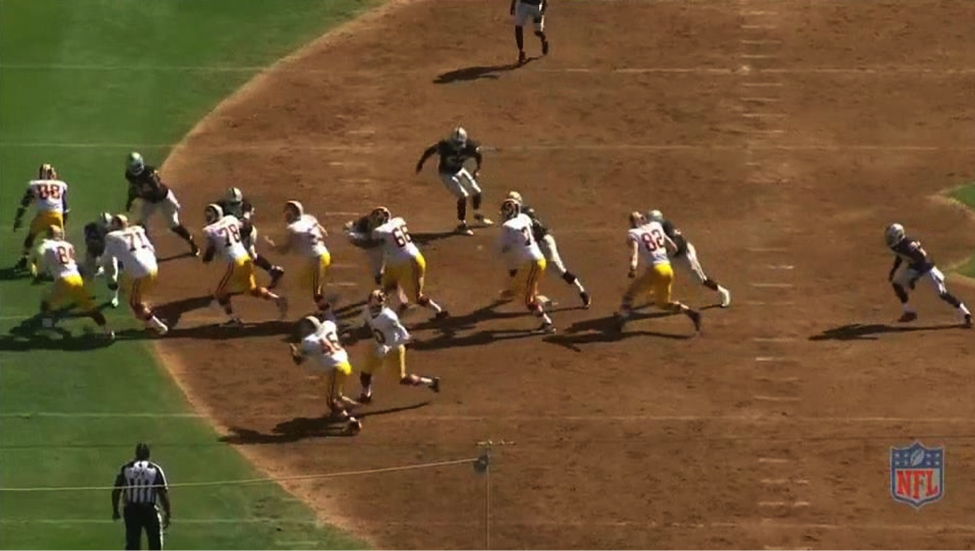 Griffin waggles to the backside, breaking contain, and has three options to choose from.

The Redskins ran a three-level (deep, intermediate, short) route combination, flooding the right side of the field. This play is read from top to bottom, so with the deep receiver wide open, Griffin delivers a strike to Leonard Hankerson for the easy pitch-and-catch first down. 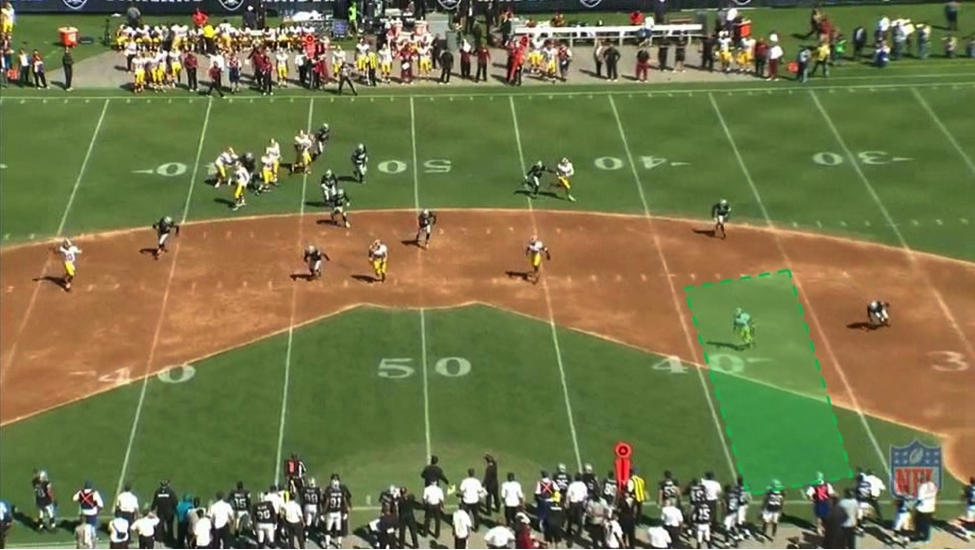 The next example comes from the Redskins-Lions game. The Redskins again come out in "12" personnel, in an offset pistol formation, with wide receiver Josh Morgan shifting into the backfield. The Lions counter with their base 4-3 personnel in a Cover-2 shell. 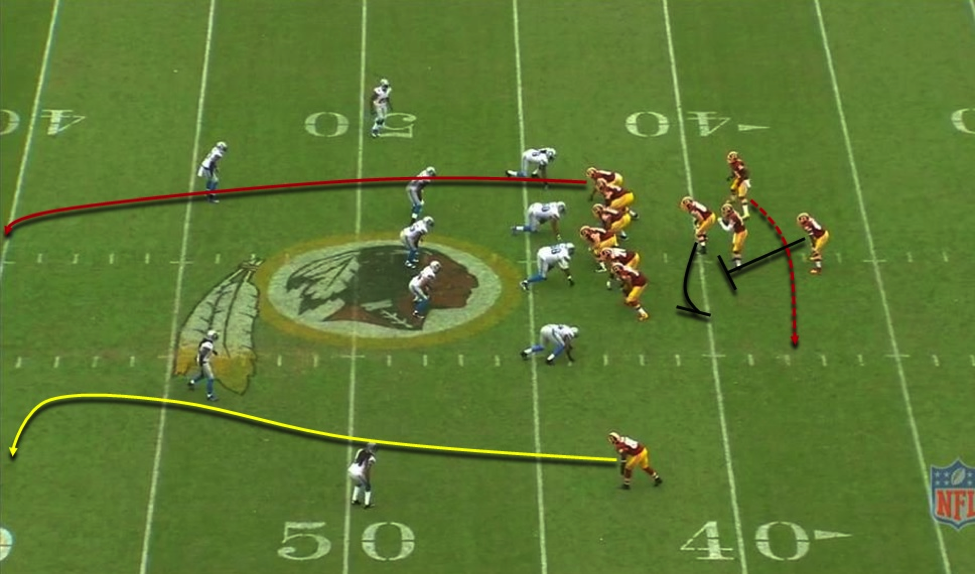 Griffin meshes with Morris, drawing the Will and Mike-backers, as well as the free safety to the line of scrimmage. Morgan continues behind the mesh, giving the appearance of a pitch back, further selling the run action. 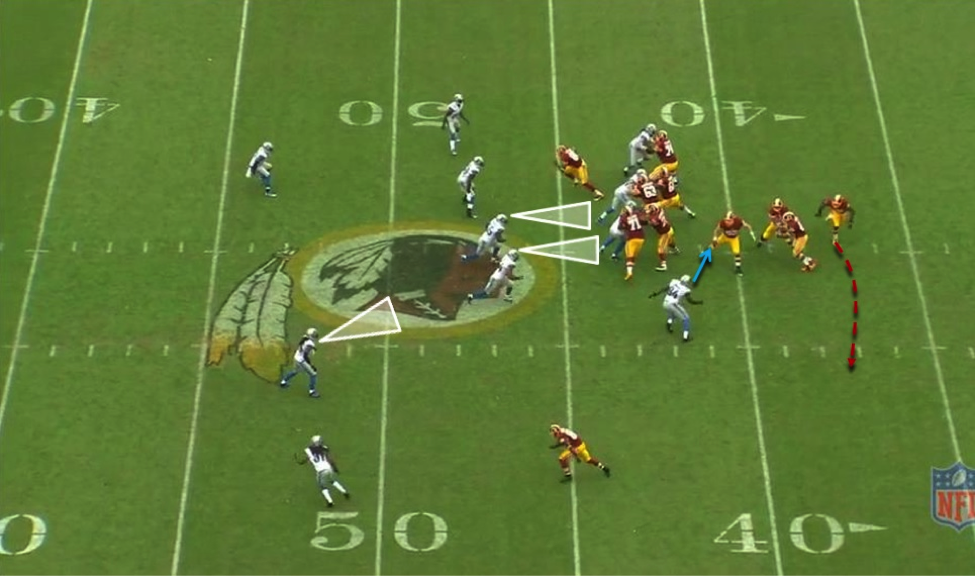 This Redskins run a simple two-man route combination, with both receivers working the vertical seam. With the safety and corner staying high, they break their routes off towards the sideline at the 16-18 yard mark.

With multiple Lions defenders taking the bait on the play-action, a huge void is created between the top of the defense and the underneath zones. Griffin delivers a strike to Pierre Garcon for a big gain. 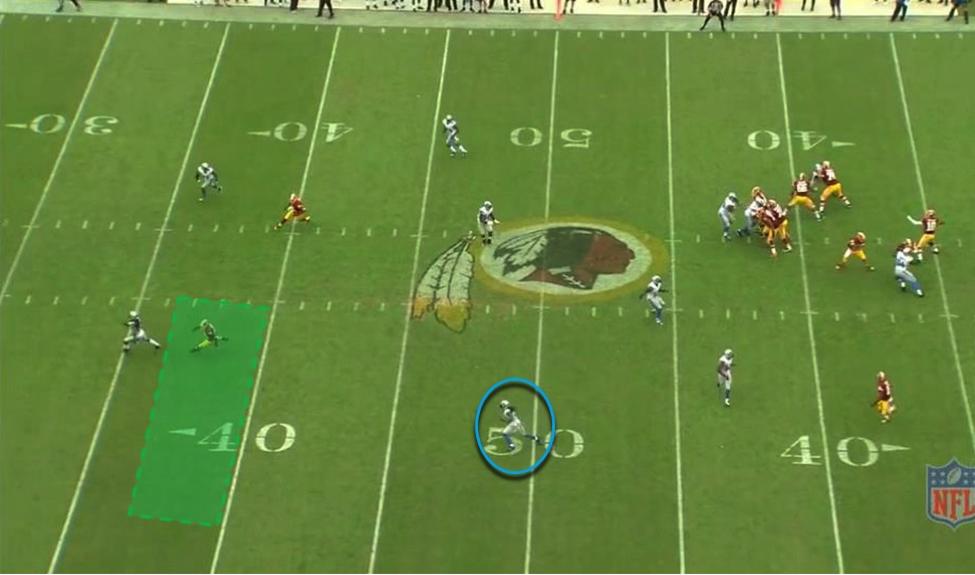 Play-action passes are predicated on the offense properly carrying out the fake, but most importantly, an established run game to keep the defense honest. So far this season, the Redskins have been forced to play catch-up in games, which limits the effectiveness of their play-action package.

This week, the Bears will be starting rookie Jon Bostic at Mike-backer. Chances are Bostic will be subbed out in nickel situations, but that won't stop the Redskins from attacking him on early downs with their play-action game to test his discipline.

Bostic was susceptible on shallow crossing routes – a staple of the Redskins playbook – both in college and the preseason. The key for Bostic is to not get too eager to fill the hole in the run game, as if he does, he'll get manipulated by Griffin and company.