(CBS) As I previously pointed out here, the Seattle Seahawks love to run the football. Their +79 run-to-pass ratio leads the league, but it also benefits the passing game. Offensive coordinator Darrell Bevell's passing scheme is predicated on play action off of inside-zone run looks.

We covered inside-zone play action passing in the Houston Texans playbook, but to recap, here are the main principles: On zone-blocked plays, the offensive line is blocking areas instead of specific players. On running plays, blocks are secured at the first-level of the defense (the defensive line), before unmanned lineman – those without defenders lined up across from them – make their way to the second-level (linebackers & box safeties) of the defense. Obviously, a quarterback and running back selling a run-fake is essential for an inside-zone play action play to succeed, but the offensive line is just as important. When lineman work in unison and make the first few seconds of any play look identical, it makes it more difficult for a defense to read its keys.

Let's take a look at a beautifully executed inside-zone play action bootleg play from the Seahawks that ended up being a game winner against the Patriots:

The situation: With 1:35 seconds left in the game, the Seahawks have the ball 1st-and-10 at the Patriots 46-yard line and trail 23-17. The Seahawks come out in 2WR-2RB-1TE personnel, and the Patriots counter with their base personnel in a Cover-2 shell. 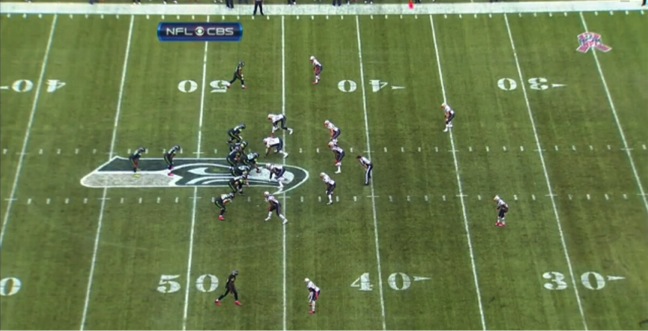 With Marshawn Lynch as the tailback in an I-formation, the Seahawks show an inside-zone play to the weak side of the formation. Tight end Zach Miller (circled in yellow) was motioned to the right side and stays in to block, so this is a two-man route combination. Wide receiver Sidney Rice (circled in green) is the primary option on this play, making the Patriots rookie free safety Javon Wilson (circled in orange) Russell Wilson's first read.

Rice stems the cornerback to the inside, gaining inside leverage. 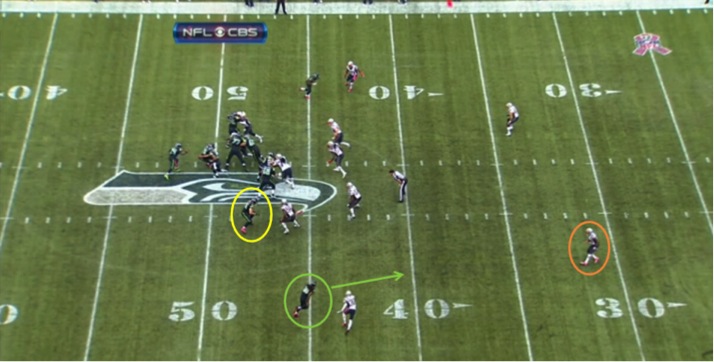 The Patriots are playing Cover-2 zone, so the cornerback passes Rice off to the free safety Wilson. Rice flattens his route, then stems to the sidelines on an apparent corner route, and Wilson responds by opening his hips to the sideline. 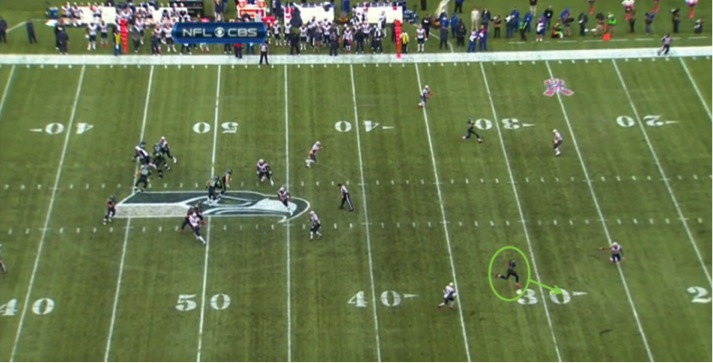 Just as Wilson opens his hips to the sideline, Rice runs a double-move, breaking his route back to the post, creating separation from the defender as well as a huge passing window in the middle of the field for Russell Wilson to drop the ball into. 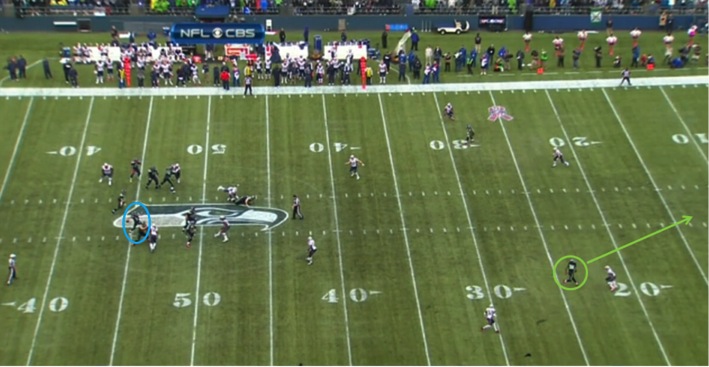 Russell Wilson makes the most of this opportunity, unleashing a perfect ball that travels 55-yards in the air for a 46-yard touchdown and game winner. 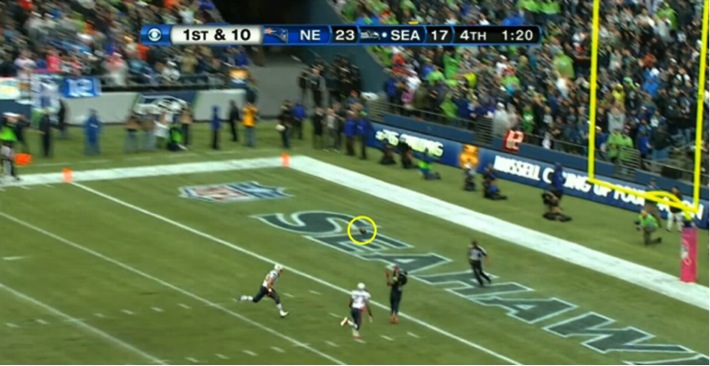 This was a wonderful play call from Bevell. The Seahawks showed run on 1st-and-10 -- the Patriots had the defenders in place to defend this play -- but this was absolutely perfect execution by the Seahawks. From the play fake by Wilson and Lynch, to the line selling the run action, to the double-move by Rice, to the absolute strike thrown by Wilson, you can't draw it up any better than this.

Seeing that the Bears have been victimized the past few weeks on bootleg plays, the Seahawks will surely take a few deep shots to test the eye discipline of the Bears secondary. When safeties get caught peeking into the backfield and guessing on routes before the ball is thrown, bad things happen. Major Wright and Chris Conte slumped against the 49ers, but rebounded nicely last week against the Vikings. The Bears will need a repeat performance this weekend against the Seahawks who love to go deep off of play-action.