(CBS) Over the past two seasons, no team has been more efficient at scoring touchdowns (68.11 percent) in the red zone than the Denver Broncos.

Clearly, having one of the greatest quarterbacks in NFL history in Peyton Manning throwing passes to an enviable group of receivers are essential variables in the equation -- but so were the schemes. First-year Bears offensive coordinator Adam Gase was calling the shots for Denver's pass-first red zone philosophy over that time span.

Gase heavily utilized the screen game, X-iso routes and play-action to take advantage of the unique skill sets of his targets and get advantageous matchups or exploit overaggressive reads in a confined area. But at the heart of the Broncos' red zone package was to divide the field in half and deploy two of Manning's favorite reads on each side – quick-forming single reads on the front side (rub or smash routes) with a levels concept on the back side.

Manning's as consistent with his reads and as decisive with his delivery as any quarterback in the league, and Gase schemed to take full advantage of these skills. The Broncos often looked to isolate a cornerback on a vertical high-low stretch (smash) or get a receiver free with rub action, to create a natural screen for inside receivers. If the defense held up on the front side, Manning quickly flipped his hips and eyes to the back side to work the levels.

The levels route deploys receivers on identical or mirrored routes (typically a dig or out) to stretch the defense horizontally. By varying the depth of the mirrored routes, an offense can also get a vertical stretch as well. This route combination works against both man (to gain leverage against a defender before breaking off the route) or zone (to settle in the zone in between the defenders) coverages.

In the red zone, there's a limited amount of space for an offense to operate. As the Broncos worked the ball closer to the goal line, they typically relied upon horizontal stretches to create voids and throwing lanes.

Let's step inside the film room and look at an example from the Broncos-Redskins game in 2013.

The Broncos come out in their preferred "11" personnel in an empty (no running back) three-by-two set. The Redskins responded with dime (six-defensive back) personnel in a 2-3-6 alignment and play 2-man coverage (two deep defenders over five underneath defenders manned up).

On the two-wide receiver side of the formation, the Broncos have Demaryius Thomas as the No. 1 with Wes Welker as the No. 2 on the front side set to run the rub route.

On the back side, they have Knowshon Moreno wide as the No. 1 receiver set to run a vertical clear out route, and Eric Decker as the No. 2 and Julius Thomas as the No. 3 set to run mirrored out routes. 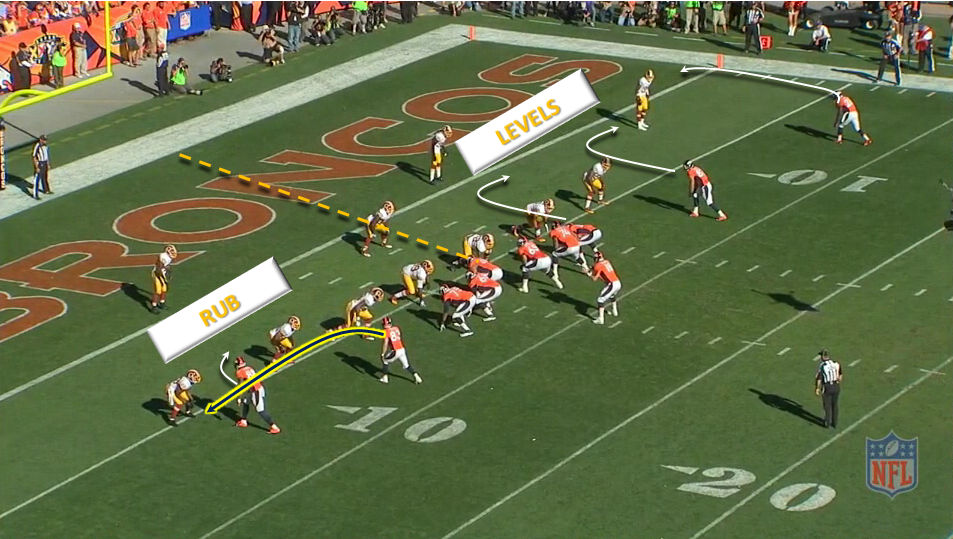 The rub route is effectively a pick play, like in basketball where a player screens a defender to free up the player who the offense is trying to get the ball to. Thomas sets the pick for Welker, creating the rub and springing Welker free to the sideline. 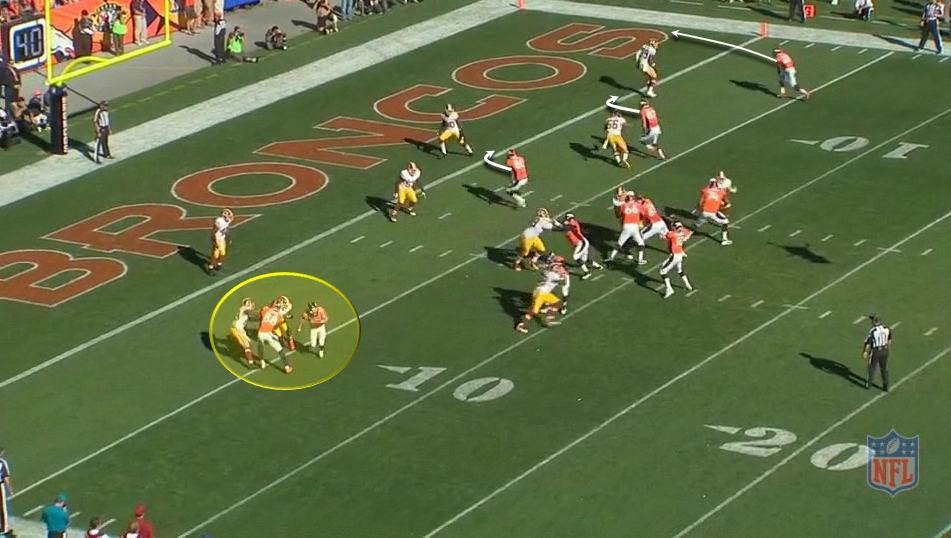 Manning gets the look he wants and quickly delivers the ball to Welker, who's sprung free with a clear path to the end zone for a touchdown. 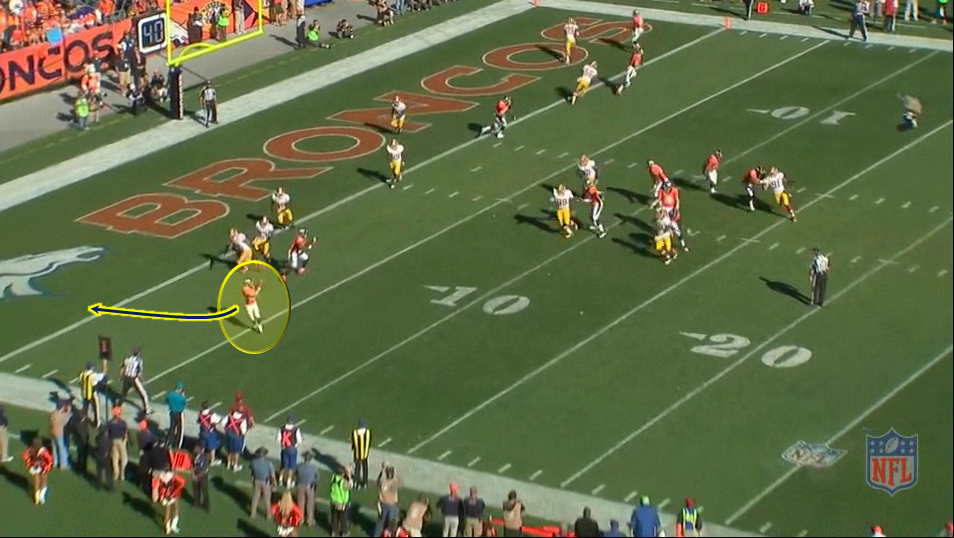 It's easy to envision Gase deploying the same concepts in Chicago using Alshon Jeffery or Kevin White to set the rub for Eddie Royal, who developed into a reliable red zone target for the Chargers, finishing with 15 touchdowns over the past two seasons, 10 of which came inside the 20-yard line.