(CBS) To say the San Diego Chargers have struggled to run the ball this season is an understatement.

Through eight games, they've scored only two rushing touchdowns, and the 86 rushing yards they're averaging per game ranks 29th in the league. Those are disappointing totals, considering they spent a first-round pick on running back Melvin Gordon.

To counter their ground game deficiencies, the offense runs through the right shoulder of quarterback Philip Rivers, who leads the league in passing yards (2,753) and is third in passing touchdowns (18). Of Rivers' 18 touchdowns, 13 have come in the red zone.

The Chargers' receiving corps was dealt a tough blow recently. Their top target, split end Keenan Allen, was lost for the season with a lacerated kidney. Allen currently ranks second in the league with 67 receptions and third with 725 receiving yards.

His productivity will be difficult to match, but the Chargers (2-6) have a deep group of targets with different styles and skill sets as they prepare to host the Bears (2-5) on Monday night.

One of San Diego's go-to schemes in the red zone -- particularly against Cover-2 -- is the flat-seven (corner) combination. The Chargers like to spread teams out from 11 personnel in a three-by-two set and work that combination from the two-receiver side.

The reason that scheme is effective against Cover-2 is because it forces the cornerback to squat on the flat route and play his zone responsibility, which puts stress on the safety to get off his landmark to defend the back pylon.

The Chargers successfully executed this scheme on Sunday against the Ravens, with Rivers hitting Allen in the corner for a touchdown. Unfortunately, it was also the play on which he was lost for the season.

The Chargers come out in 11 personnel in the three-by-two set, with Allen (circled in yellow) as the split end to the left and running back Danny Woodhead offset to Rivers' left. Notice Allen's reduced or "nasty" split on the play.

In general, a reduced split allows a receiver to run the full route tree, but in this case, it gives Allen the ability to gain leverage on the safety as he runs his corner route and provides a throwing window for Rivers.

The Ravens respond with nickel personnel in a Cover-2 shell.

(All images courtesy of NFL GamePass) 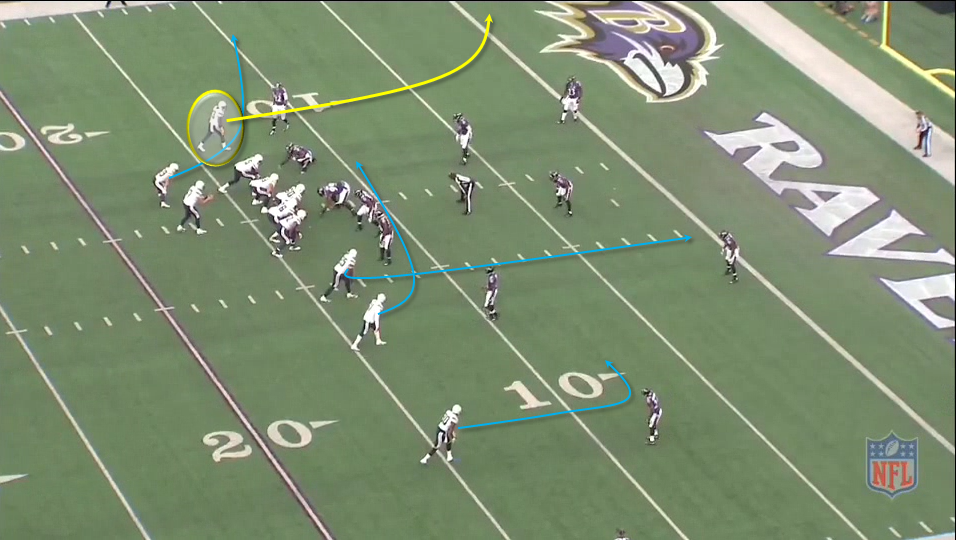 Rivers sets this throw up by looking at Woodhead in the flat, which is a throw he's made several times in the red zone, so opponents must respect it. This forces Ravens cornerback Jimmy Smith (No. 22) to squat and stay in the flat, which prevents him from being able to sink and help the safety with underneath coverage on the corner route. 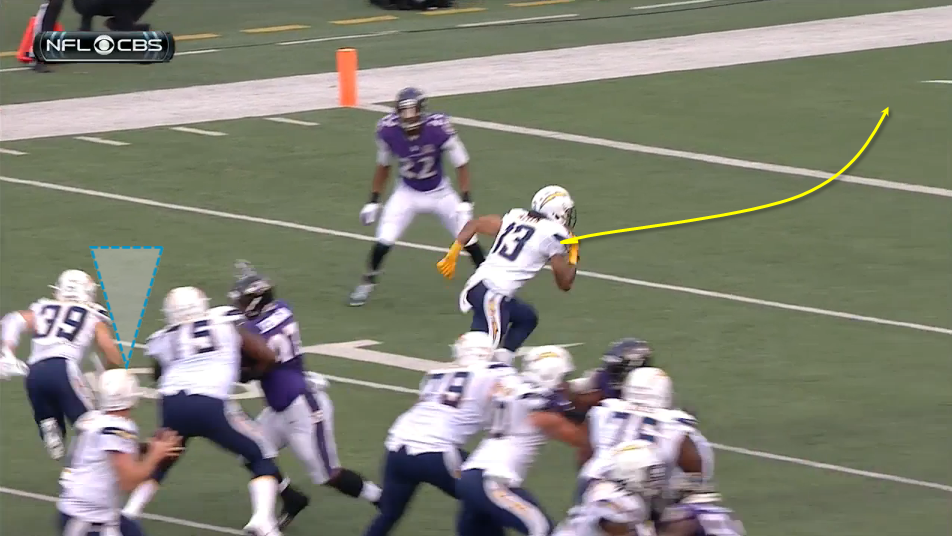 When Allen makes his break to the corner, he's gained separation and is now positioned to shield free safety Kendrick Lewis from the ball with his body. 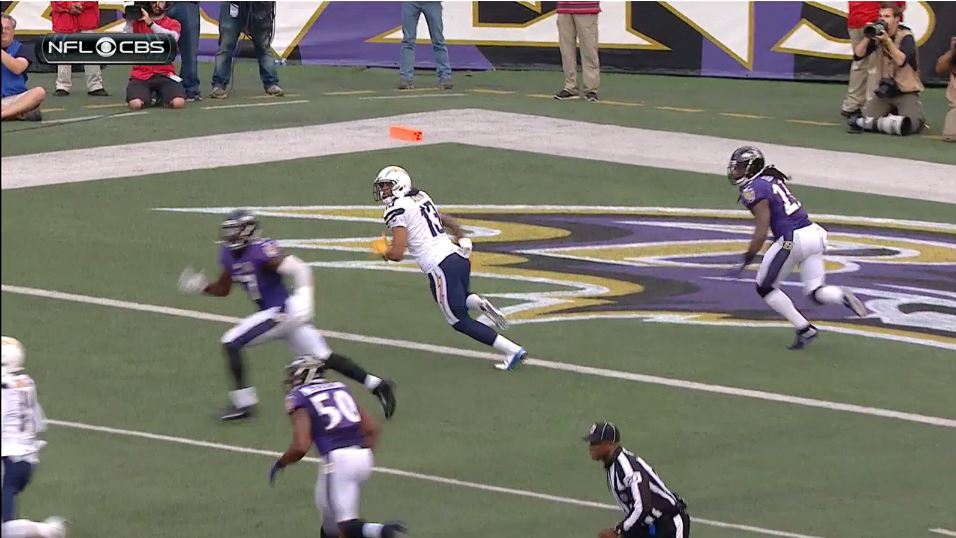 Rivers makes up his mind early in the down and lofts the ball into the corner, giving Allen time to adjust and make an acrobatic catch for the touchdown. 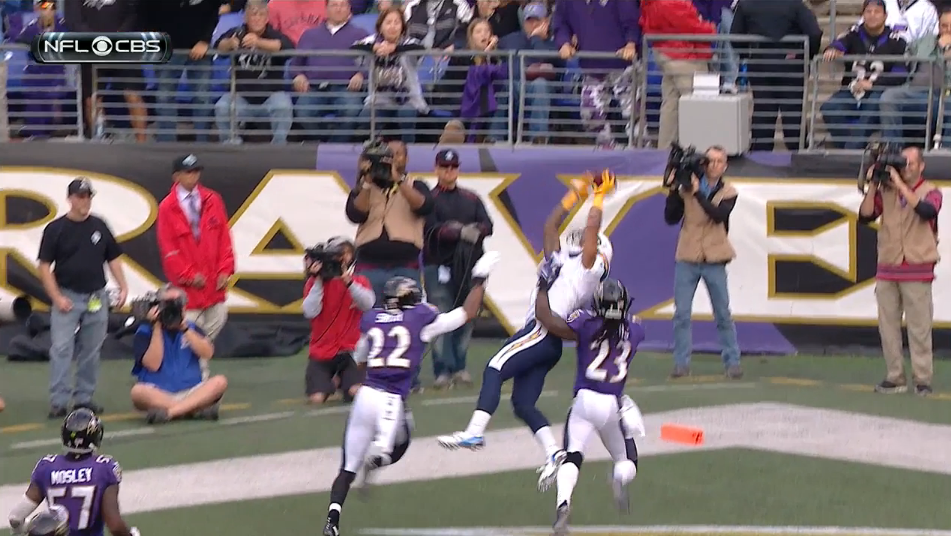 Not only will the Bears' safeties be physically tested by players like tight ends Antonio Gates and Ladarius Green up the seam, they'll be schemed against to make quick decisions.

The Chargers have a tendency to run this route from the same personnel grouping and alignment and a preference to run the flat-seven to the boundary (short side of the field). So Bears safeties Adrian Amos and Antrel Rolle must read their keys and recognize when the flat-seven combination is coming in the red zone.