Editor's Note:  This story, which appeared on the 10 p.m. newscast on Friday and online, originally reported Ms. Johnston was a Democrat, citing information sent in a DuPage Republican Party news release.  That is now in dispute and the story has been updated. We have also reached out to police to gather more information.

CHICAGO (CBS) -- A DuPage County election just has been arrested and is accused of stealing campaign signs. 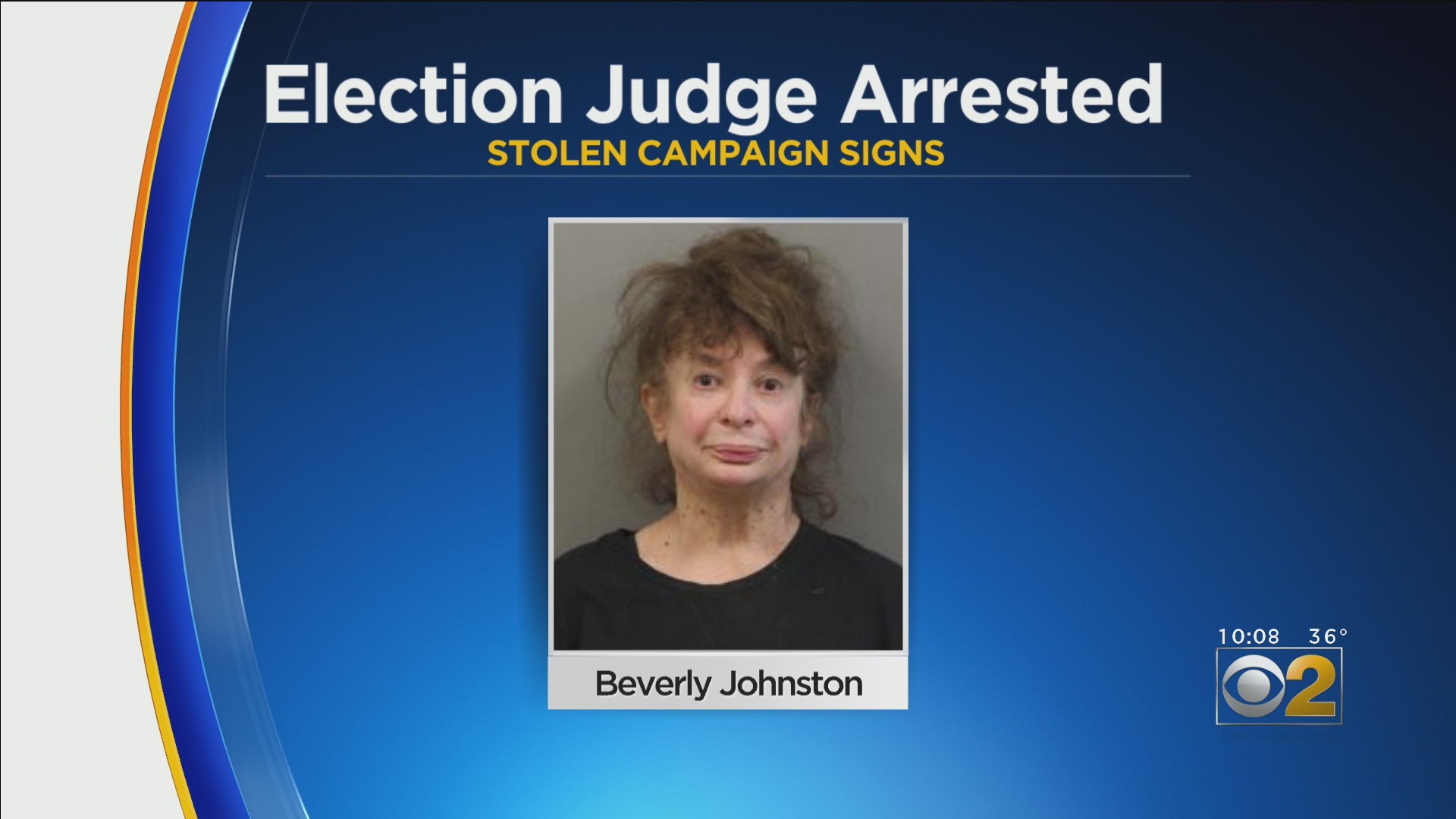 Johnston is charged with theft and criminal damage to property. Both are misdemeanors.