CHICAGO (CBS)—A teenager who drowned in Lake Michigan two weeks ago has prompted a Chicago alderman to call for tougher water-safety measures.

Darihanne Torres, 13, was swept away by a strong current while swimming with friends at Loyola Beach on the evening of July 6. 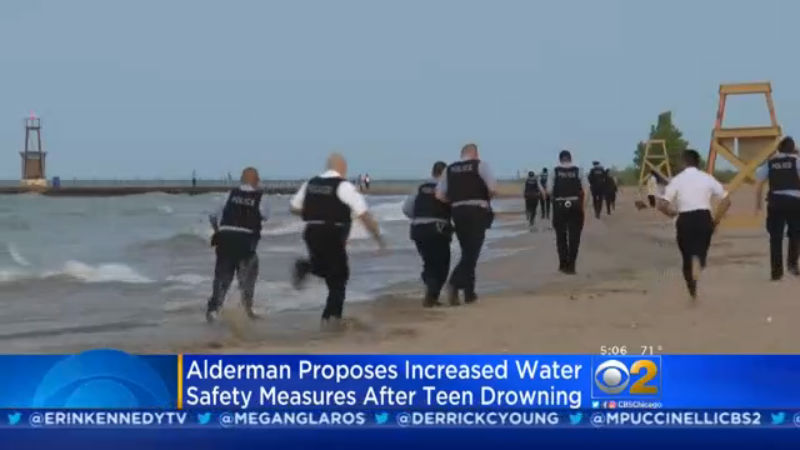 A witness to the drowning circulated a petition asking the city for reforms, prompting a proposal from Ald. Joe Moore, 49th.

Moore, who represents the neighborhood where the drowning occurred, is asking the Chicago Park District to toughen its water-safety standards.

He said he asked the park district to keep flags up after the beaches close, repaint faded "no diving signs," and pay to repair Sullivan High School's pool so swimming lessons can resume.