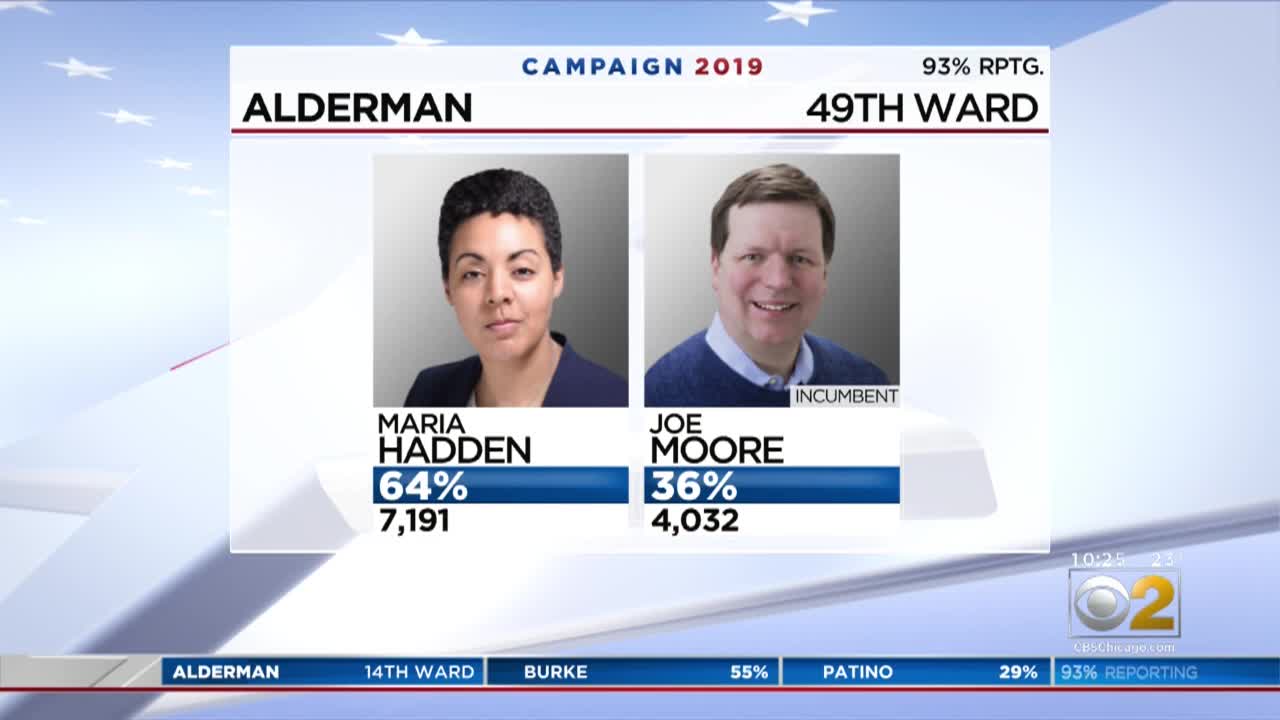 Moore held the seat, which represents residents of Rogers Park, Edgewater and West Ridge, since 1991 when he replaced Robert Clarke, who was appointed by Mayor Richard M. Daley. Moore served as chair of the city's Committee on Housing and Real Estate.

Hadden, originally from Columbus, Ohio, founded and is the executive director of Our City Our Voice, a national nonprofit. She was previously a board member of The Participatory Budgeting Project and serves on the board of directors of the Black Youth Project.

Hadden will be the first openly gay black female in Chicago history to be elected alderman.

Hadden said friends convinced her to run for the position.

She says she is a 12-year Rogers Park resident and is worried about housing diversity and climate change.

She's proud of the fact that she didn't take any campaign contributions from developers, she says.

She was endorsed by David Orr, who previously held the seat, and Congressman Jesus "Chuy" Garcia, according to her campaign website.