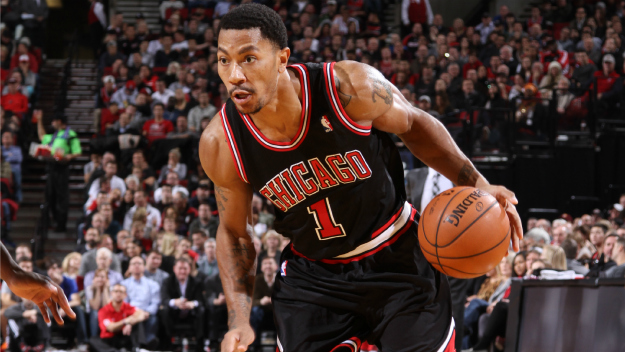 The Bulls issued a short statement following the operation:

"Earlier this morning, Derrick Rose underwent successful surgery to repair his previously torn medial meniscus in his right knee. The surgery was performed at Rush University Medical Center and Rose is out for the remainder of the season."

No further details were released, but the statement did state that surgeons "repaired" it, rather than remove it. Repairing the meniscus is the preferred option, doctors say. Removing part of it would have put Rose back on the court sooner, but doctors have said that could lead to future problems, including arthritis.

Rose injured his knee against Portland on Friday night.

The three-time All-Star sat out last season recovering from a torn anterior cruciate ligament in his left knee.

Now, it's his other knee that's injured.

Rose's injury occurred in the third quarter against the Trail Blazers.

He lost his footing while trying to change direction to get back on defense when Nicolas Batum stole a pass from Joakim Noah and started the other way.

Rose limped across the court and couldn't put any weight on his knee.

After the Blazers scored, he came out of the game during a timeout.

It didn't appear there was any contact on the play.

The Associated Press contributed to the story