CHICAGO (CBS) - The Deputy Consul General of Israel to the Midwest, Itay Milner, says he was ten minutes into his Uber ride on Lower Wacker Drive Thursday night when he was thrown out by the driver.

Milner wrote in a Facebook post, "I just had the worst experience of my life. I was just thrown out of an Uber in the middle of the highway only because I answered my phone in my mother tongue."

He adds, "Ten minutes into my ride with no prior interaction between the driver and myself, it took only two words in Hebrew to get my driver [to] start yelling at me 'Get the $#@* out of my car!'"

He continued: "It did not help when I told him that I can't go out in the middle of the highway. It was like I wasn't a person for him anymore. When I asked him if it's because I'm speaking Hebrew he said yes and kept yelling at me to get out. I am not easily intimidated, but that scared me and I ran out of there, walking in the middle of the road.

"I never thought something like this could happen in America, such awful racism. This cannot be tolerated!" 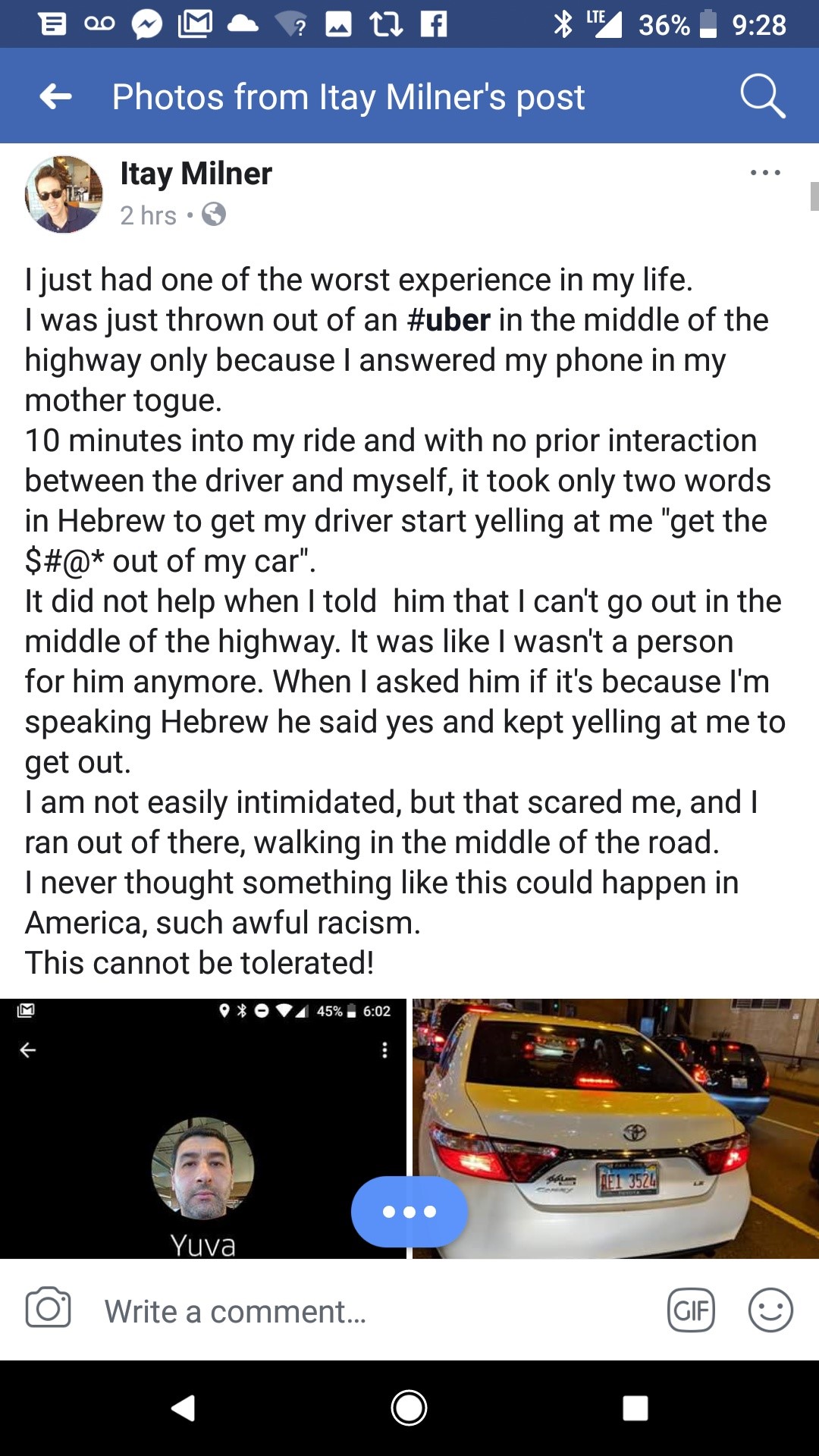 A spokeswoman for Uber released a statement saying, "Uber does not tolerate any form of discrimination. We are reaching out to the rider to extend our support for the experience he described here. As soon as we were made aware of this, we removed the driver's access from the app as we look further into this."