DEERFIELD (CBS) -- Charges have been filed against a woman who police say struck a child while driving on Deerfield Road, leaving the boy for dead.

Stacy A. Shapiro, 46, of Northbrook,  surrendered herself to authorities at the Deerfield Police Department after she was charged with leaving the scene of an accident involving personal injury. The felony punishable by 3 to 7 years in prison and fines not to exceed $25,000.

Bond on the warrant was set at $250,000. Shapiro was processed and was released after posting bond. A preliminary court date has been set for Feb. 18.

"We believe there were aggravating factors in this accident and it may afterall have been avoidable," Chase's father, Thad Thompson said Friday. "I need to worry about Chase. I do think he will make it though."

The boy's dad had offered a $10,000 reward for to the driver, provided that the driver surrendered. As CBS 2's Chris Tye reported, Thompson was saying Wednesday that his unconventional approach worked. On Friday, he said the money would go to the tipster whose information led to Shaprio's arrest.

"They've identified the driver and have the car in their possession, and are continuing their investigation," Thompson said Wednesday.

At the time, Deerfield police told Thompson that they believe the person of interest brought to the police station  is the driver who hit his son. 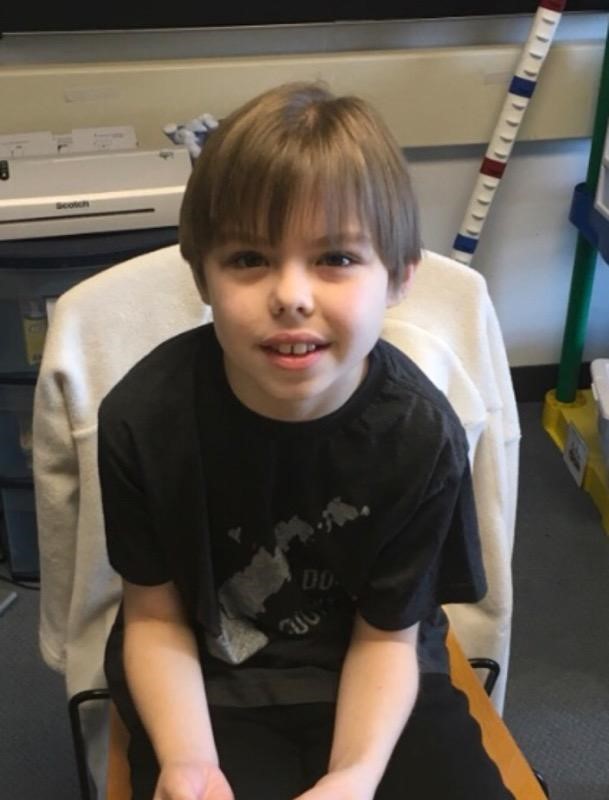 Chase is nonverbal, and is kept secure with double-cylinder locked doors at home. But with no jacket and no shoes, Chase still made it out of the family's home this past Friday and was hit by the car.

Police told Thompson they think the driver hit the boy at a full 35 mph, never hitting the brakes.