CHICAGO (CBS) -- A CTA employee said she put up rainbow decorations for LGBTQ pride at the Brown line stop where she works, and a manager told her to take them down. She said after reporters showed up and started asking questions, the management reversed their decision and told her to keep the display up after all. 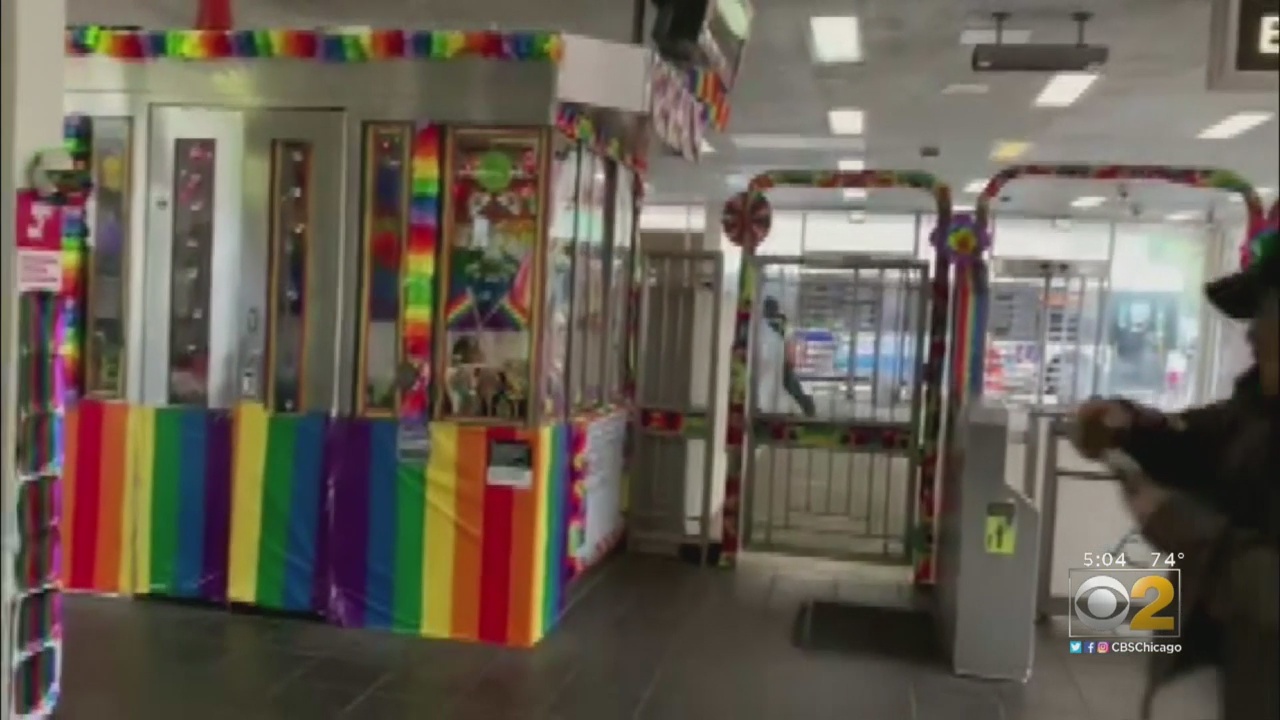 The woman, who is gay, said the incident was discrimination because she has decorated her booth next to the turnstiles at the Kimball Brown Line stop for several holidays over the past year with no problems.

She asked CBS 2 to keep her anonymous because she doesn't want to get in any trouble at work.

"I put them up for the passengers. They do love it," she said.

The worker said no one with the CTA had any problems until the rainbow display went up. She said a manager called Wednesday morning.

"They just told me to take it down," she said. "They did not like it."

CBS 2 showed up and started asking questions, and the woman said that same manager called back Wednesday afternoon.

"After you guys showed up, then I was told I could let the decorations remain," the woman said.

According to a CTA spokesperson, the manager was initially concerned about the extent of the decorations and whether it could block views or confuse passengers. The spokesperson said CTA decided to allow the decorations to stay while they work on a more defined policy on decorations.

The employee said the display has been up for a couple weeks, and a coworker told her on Friday she did not like it.

Several passengers tell CBS 2 they are fans of the decorations, and the current display is no exception.

"I don't know why you'd want to take it down. It's very inclusive and welcoming to everyone who rides the CTA," Brown Line rider Melina Ortiz said.

A CTA spokesperson said the agency has long celebrated diversity and inclusion. Richard Pfeiffer, president of Pride Chicago, said CTA has always supported the Chicago Pride Parade, which will be June 30th.