Among the changes for CPD in this year's budget: more neighborhood detectives stations, more officers away from their desks and out on the street, and new investments in technology, training and accountability — many of those reforms part of CPD's compliance with a court-mandated agreement called a consent decree.

CPD Budget By Year (in billions) 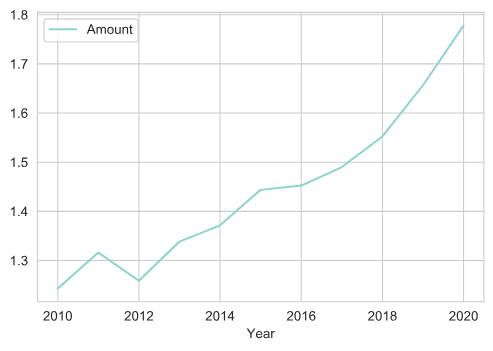 Many of those positions are being moved from CPD to a new department Lightfoot has proposed: the Office of Public Safety Administration. That office, with a budget of more than $34 million and over 400 employees, would combine some of the administrative functions of several existing city departments: CPD, the Chicago Fire Department and the city's Office of Emergency Management and Communications.

The move will allow the city to move 151 police officers and 11 firefighters out of headquarters and back into the neighborhoods, by consolidating the three public safety agencies' administrative offices under largely civilian staff.

Police will also now be required to swipe in and out of work each day — an effort to better track employee hours, according to the 2020 budget proposal.

Along with that policy comes a slight cut to CPD's nearly $100 million overtime budget: down more than $4 million to $95.5 million in the 2020 budget proposal. So-called "reimbursable overtime," for which the city is compensated by state and federal grants, would make up at least some of that cut; the department expects to receive an additional $2.3 million next year — an increase of more than 22 percent.

After a summer that saw unusually high rates of violent crime on the city's public transportation system, CPD will also see a more than 87 percent increase in its budget for transit security, bringing the total amount to almost $14 million.

There are a number of other changes for CPD in the 2020 budget proposal as well. Among them, a more than 150 percent increase to more than $600,000 for "smart policing innovation" for new technologies that can help police fight crime. There's also an additional $437,000 for additional bomb sniffing dogs at the city's airports.

These changes come as CPD Supt. Eddie Johnson faces criticism over an incident in which he was found sleeping in his car and — Mayor Lightfoot later admitted — had been drinking.  The city's Inspector General, which investigates internal allegations of misconduct, is looking into that incident.