CHICAGO (CBS) -- Chicago is expected to see history-making cold temperatures later this week, with the potential for record-setting wind chills in addition to dangerous surface readings.

A wind chill warning has been issued, starting Tuesday through Thursday.

Right now, the low overnight on Tuesday could hit 20 below zero, which would equal one of the 15 coldest days in Chicago history. Wednesday's forecast high of 12 below zero would set a record for the coldest high temperature ever. 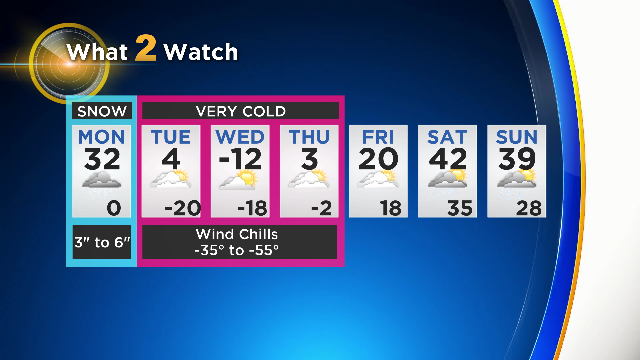 Temps on Tuesday and Wednesday could set records for the day. 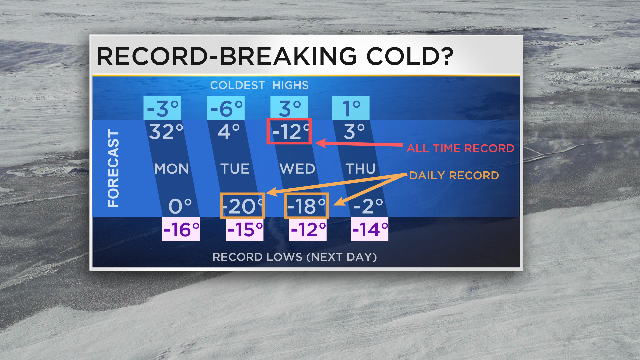 The worst-ever wind chill happened on Christmas Eve 1983: minus 57, adjusted for a new wind chill formula adopted about 15 years ago. Under the old formula, the chill was recorded at minus 82.

Wind chills on Wednesday morning could reach minus 60.

It was 27 degrees below zero that day.

Here is a list of the coldest recorded days in Chicago: