The Winter Storm Warning remains in place until noon for most areas. Areas near McHenry and DeKalb will be under a Winter Weather Advisory until 9 a.m. 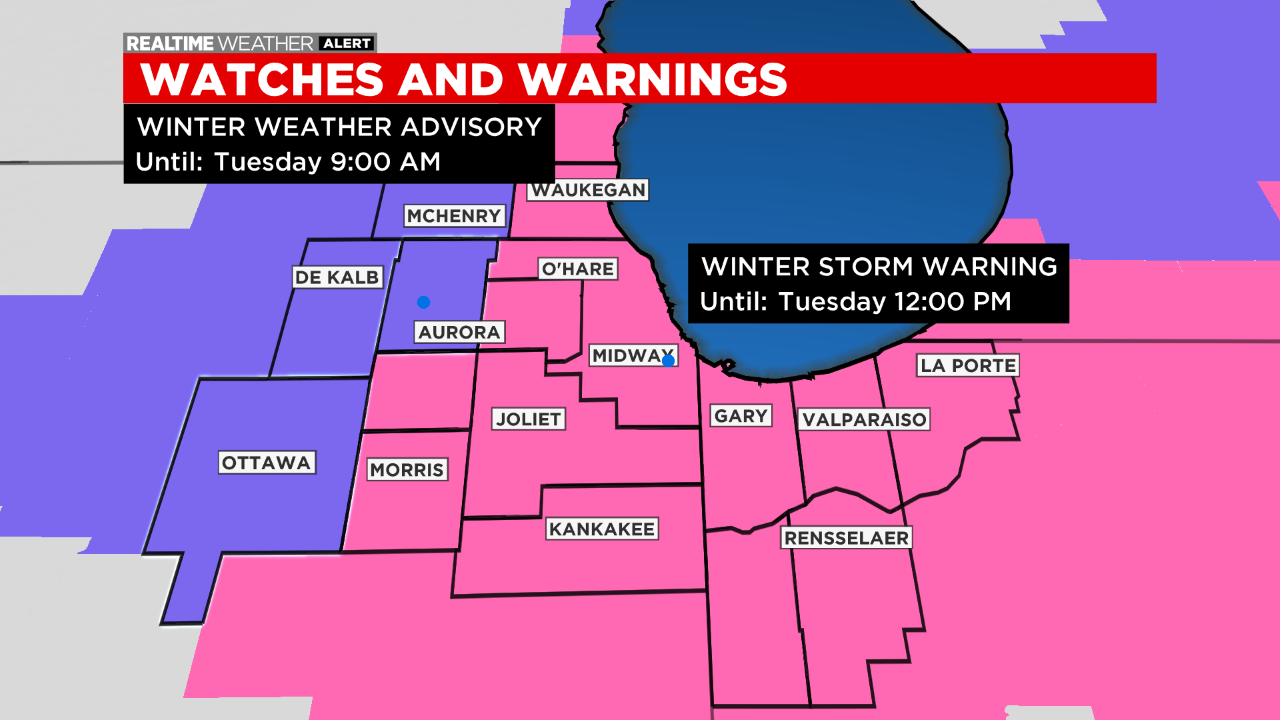 Lake effect snow will continue for Chicago through mid to late morning, switching to northwest Indiana by afternoon.

So far, the heaviest snow totals have been reported near Midway International Airport and Evanston. Evanston has had 18 inches of snow since Sunday, and Midway has has 17.7 inches. 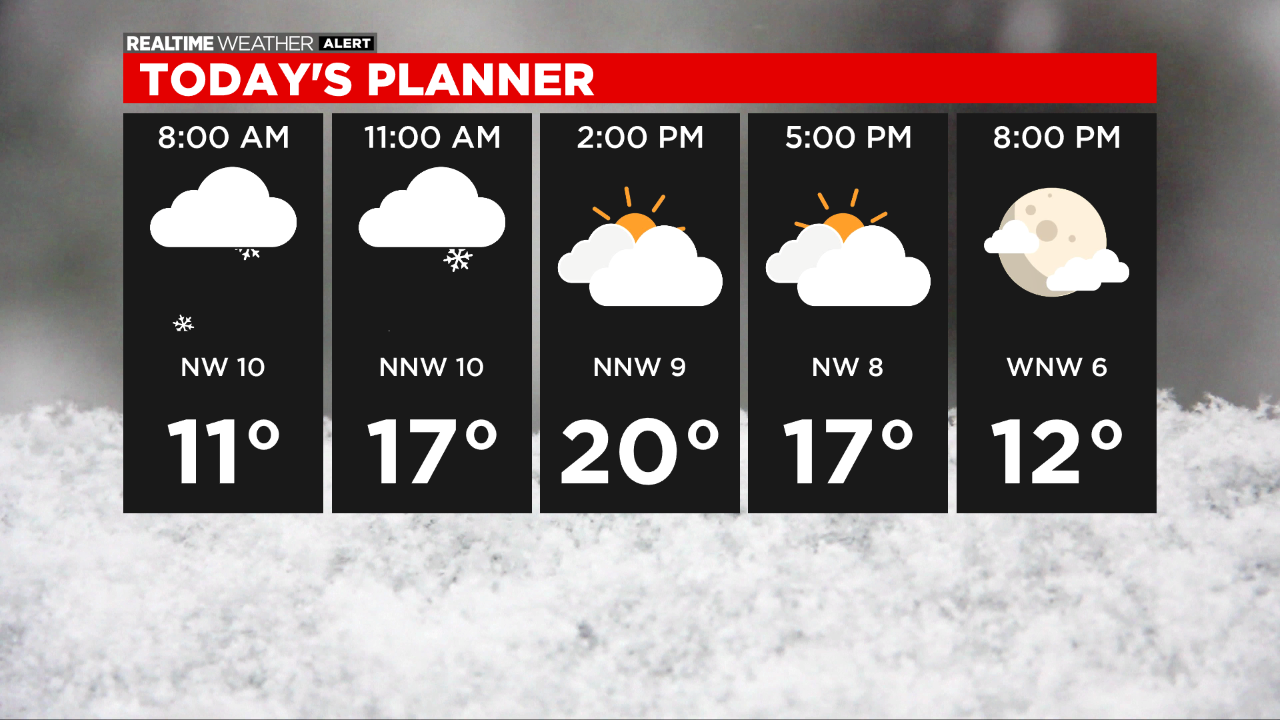 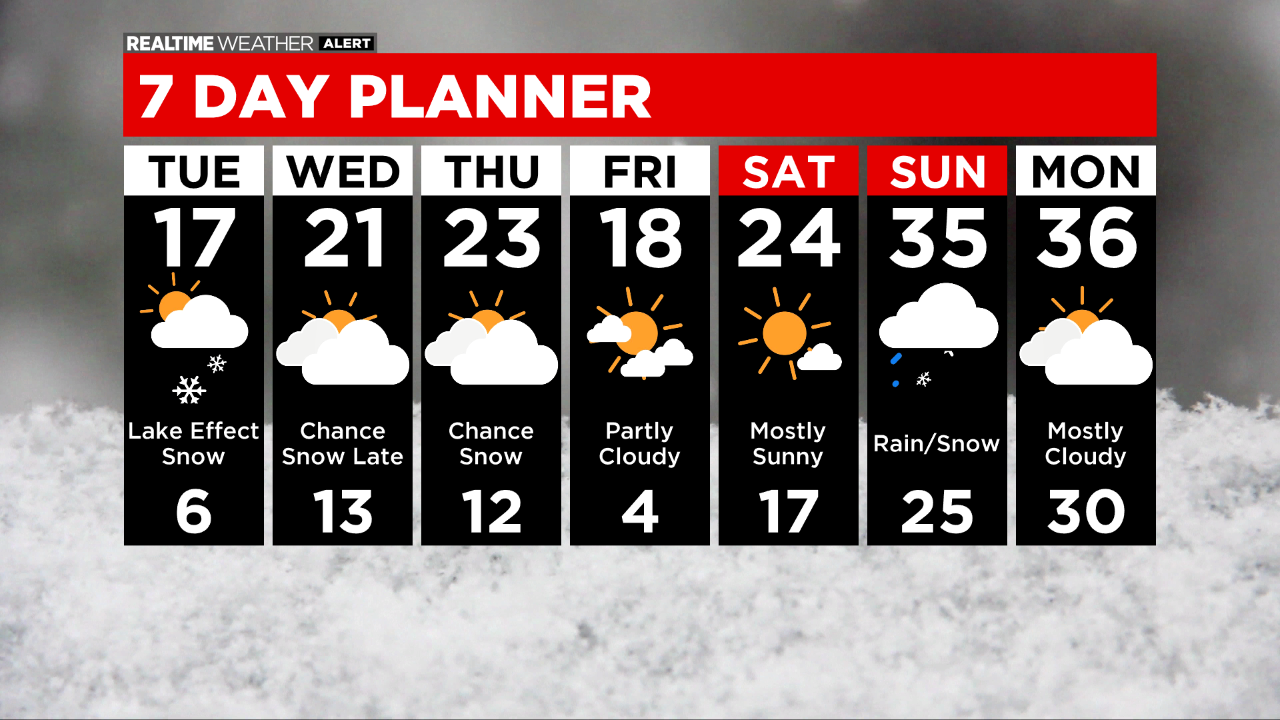 By Wednesday the snow will stop, leaving a dry day. The next chance for snow is Thursday.