CHICAGO (CBS)-- As temperatures cool off, there is a chance for scattered storms in some areas Sunday afternoon.

Storms will likely be in far south suburban areas. 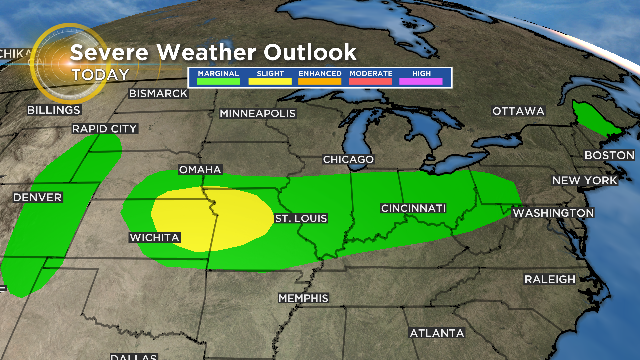 There is a marginal chance storms will be severe.

A Severe Thunderstorm Warning was in effect for Jasper, Lake, Newton and Porter Counties in Indiana until 3:15 p.m.

A Flash Flood Warning was in place for DeKalb, Kane, Kendall and LaSalle counties until 1:45 p.m. There was a Flash Flood warning in place until 3:45 p.m. for Grundy, Kankakee and Will counties. 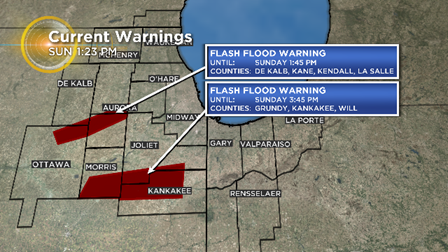 Sundays high temperature will be in the 80s.

Monday is expecting to be a windy day bringing high wave heights. There could be four to six-foot waves along the lakefront.

Currants along the lake are a safety concern for beach-goers. Officials warn residents to avoid the water Monday. 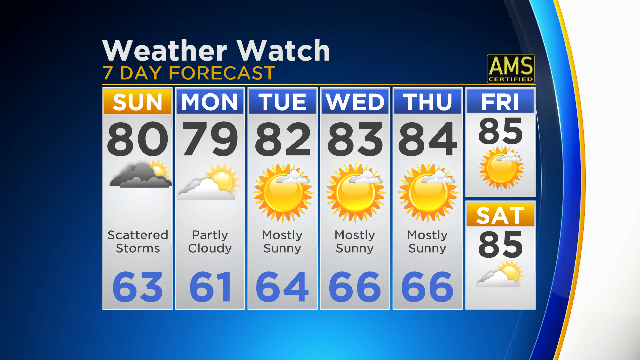 Temperatures will remain in the upper 80s the rest of the week.