CHICAGO (CBS)--  A severe thunderstorm warning is in effect for Jasper, Lake and Newton counties in Indiana until 4:15 p.m.

There is a flood advisory in place for Grundy and Will counties until 6:30 p.m.

Due to severe weather, the Chicago Pride Parade was postponed just before 3 p.m..

Chicagoans attending the Pride Parade were advised to "seek shelter" amid the severe weather warning. 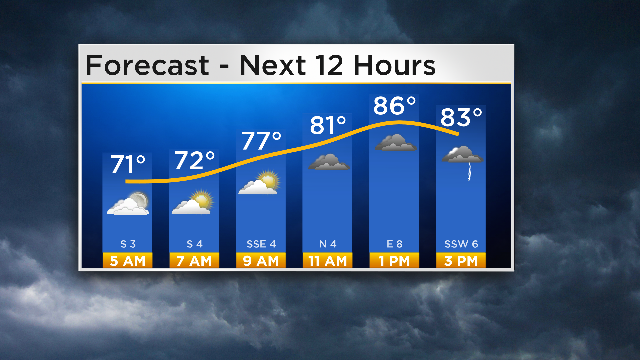 He said there is the chance for an isolated tornado northwest of the city. 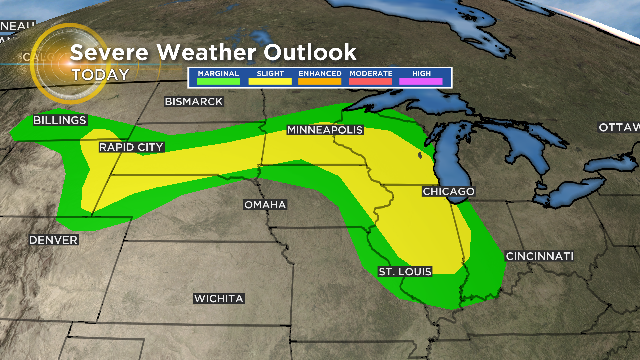 With possible storms, temperatures will stay near 90 degrees Sunday and drop to the 70s in the evening. 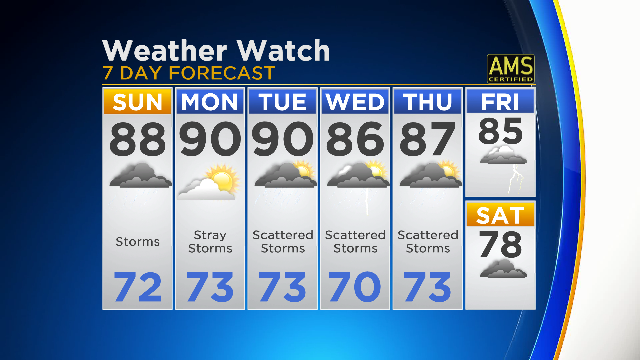 On Monday, there is a chance of showers of thunderstorms in the morning, with a high of 90 degrees.

Temperatures will remain in the upper 80s and low 90s for the rest of the week with scattered storms.