CHICAGO (CBS) -- Cloudy skies tonight with areas of light rain and drizzle. Patchy fog overnight with lows in the low 40s. A morning shower is possible on Saturday, then clearing skies for the afternoon. Highs will be cooler in the mid-40s. 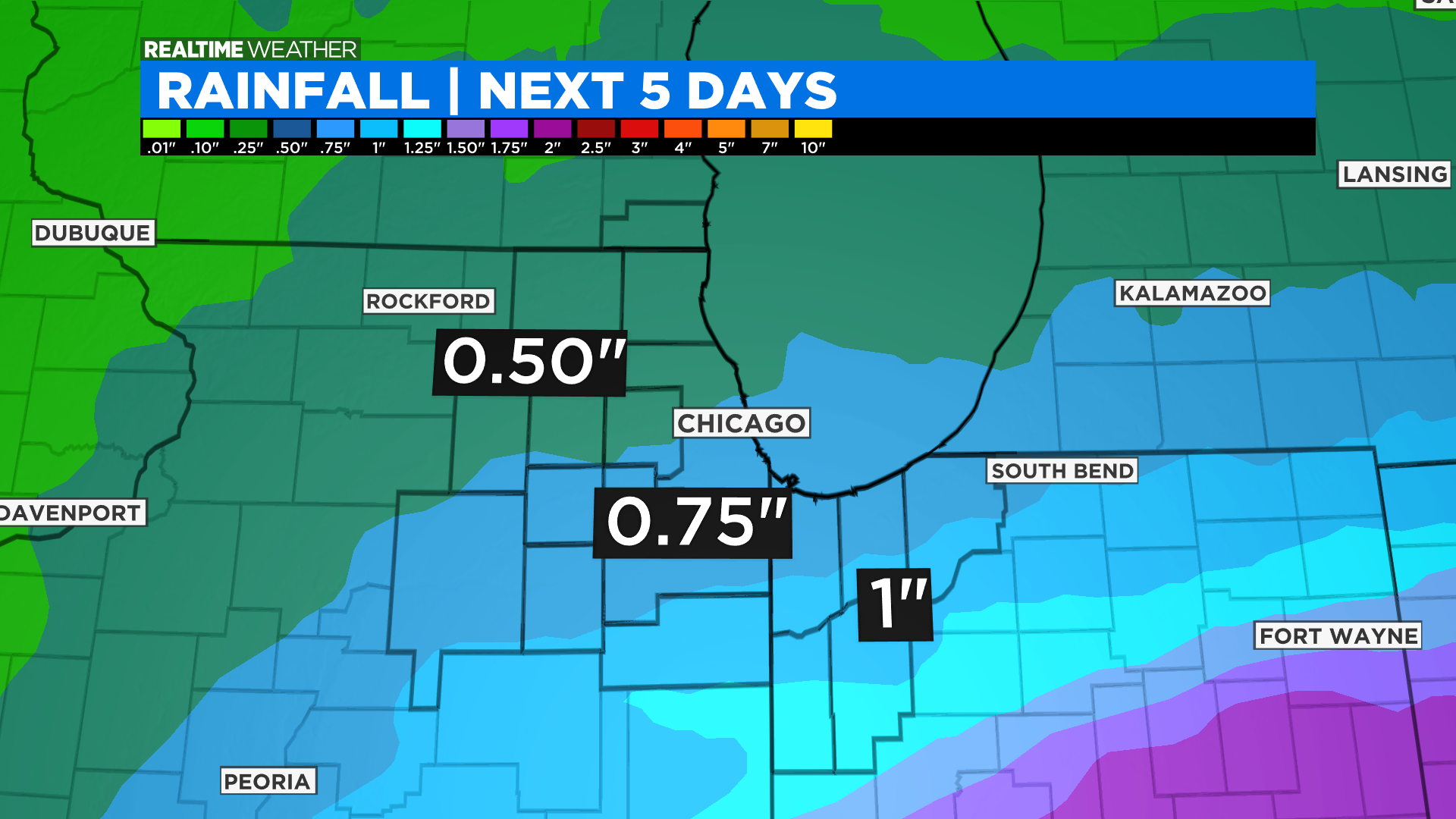 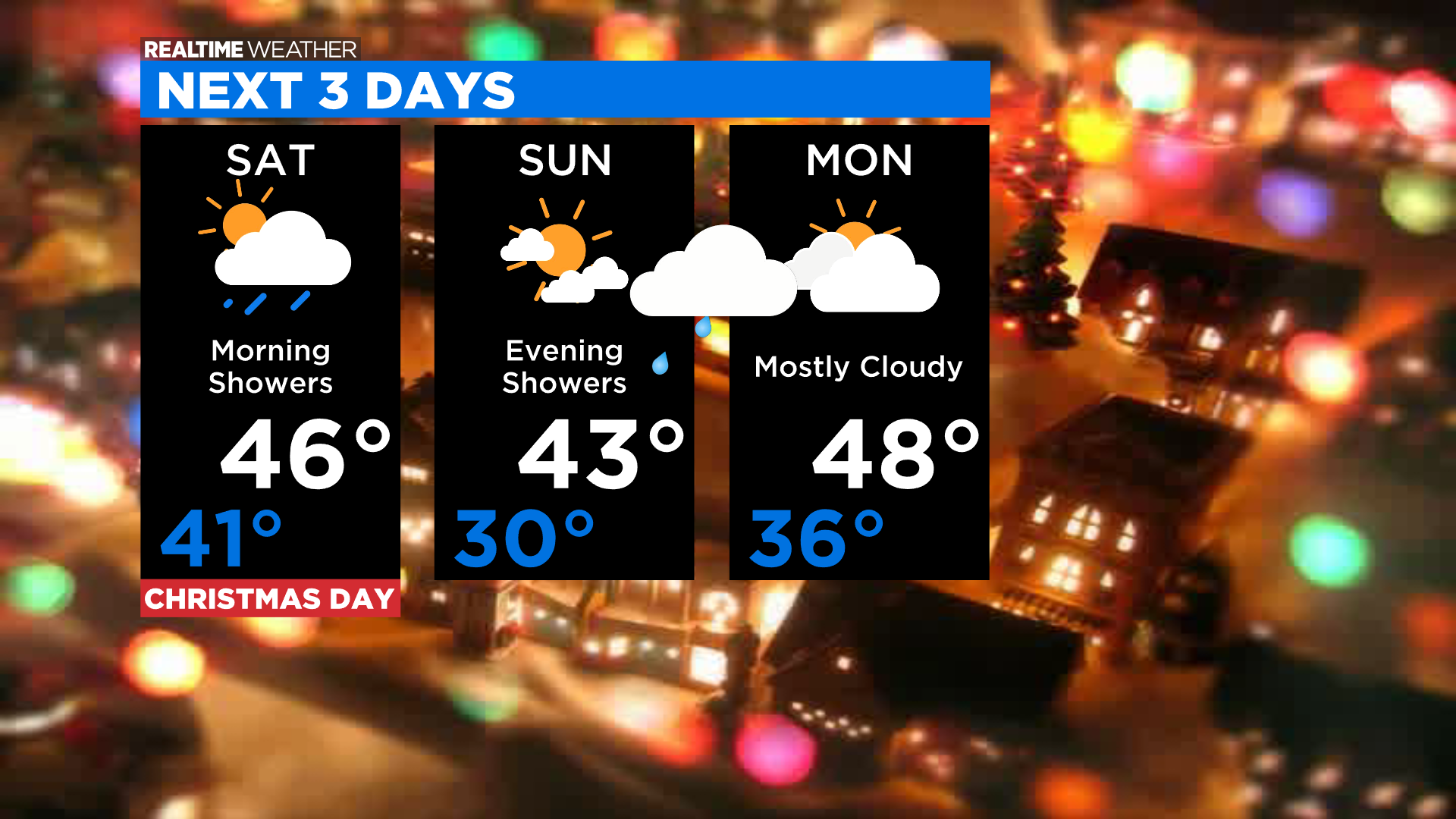 TONIGHT: Cloudy with scattered light showers. Low 41.
SATURDAY: A morning shower, then clearing skies. High 46.
SUNDAY: Partly cloudy. High 43. Rain increases Sunday evening and night.
A rain and snow mix is possible for Tuesday morning, then showers will be likely for Tuesday afternoon with highs in the mid-40s. Partly cloudy and colder for mid to late next week.
Rainfall amounts will range from a half-inch to three-quarters of an inch through Tuesday. 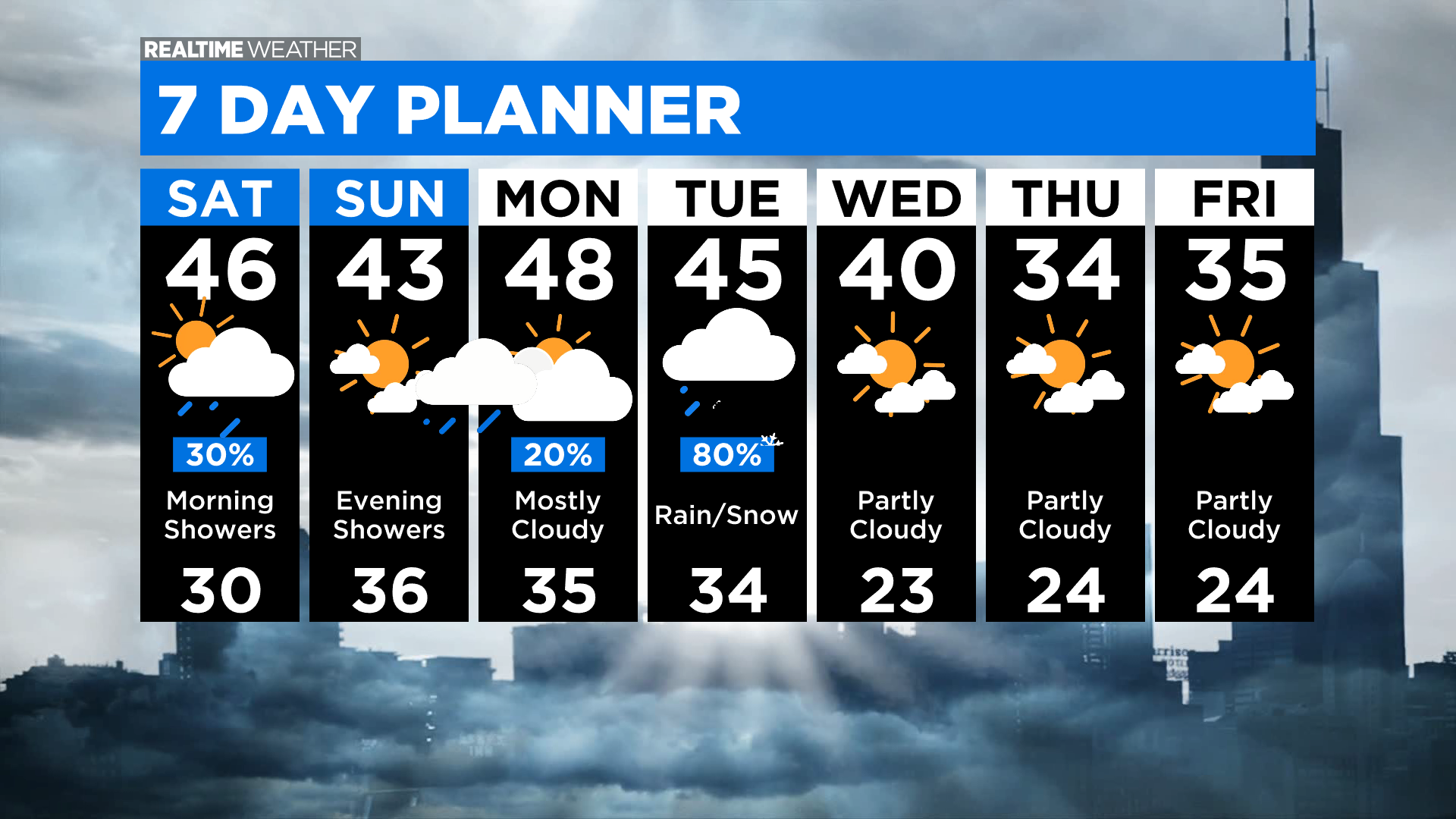