CHICAGO (CBS) -- It will not be as cold tonight with lows in the teens at midnight, but near 20 degrees by daybreak Thursday. Mostly cloudy, breezy, and milder for Thursday afternoon with highs in the low 30s.

Snow chances increase Thursday night into Friday morning. The best chance for accumulating snow will be near the lake from Cook County into lakeside areas of Northwest Indiana. A few isolated spots could record several inches of snow due to lake enhancement. Highs on Friday will be colder in the low 20s.
Snow chances end Friday evening with temperatures dropping into the single digits during the overnight.
Partly cloudy skies this weekend with low 20s on Saturday and low 30s on Monday.
TONIGHT: Increasing clouds, breezy and not as cold. Low of 13°.
THURSDAY: Mostly cloudy and breezy with a chance for flurries. High of 30°.
FRIDAY: Scattered snow showers, especially near the lake during the morning hours. High of 21°. 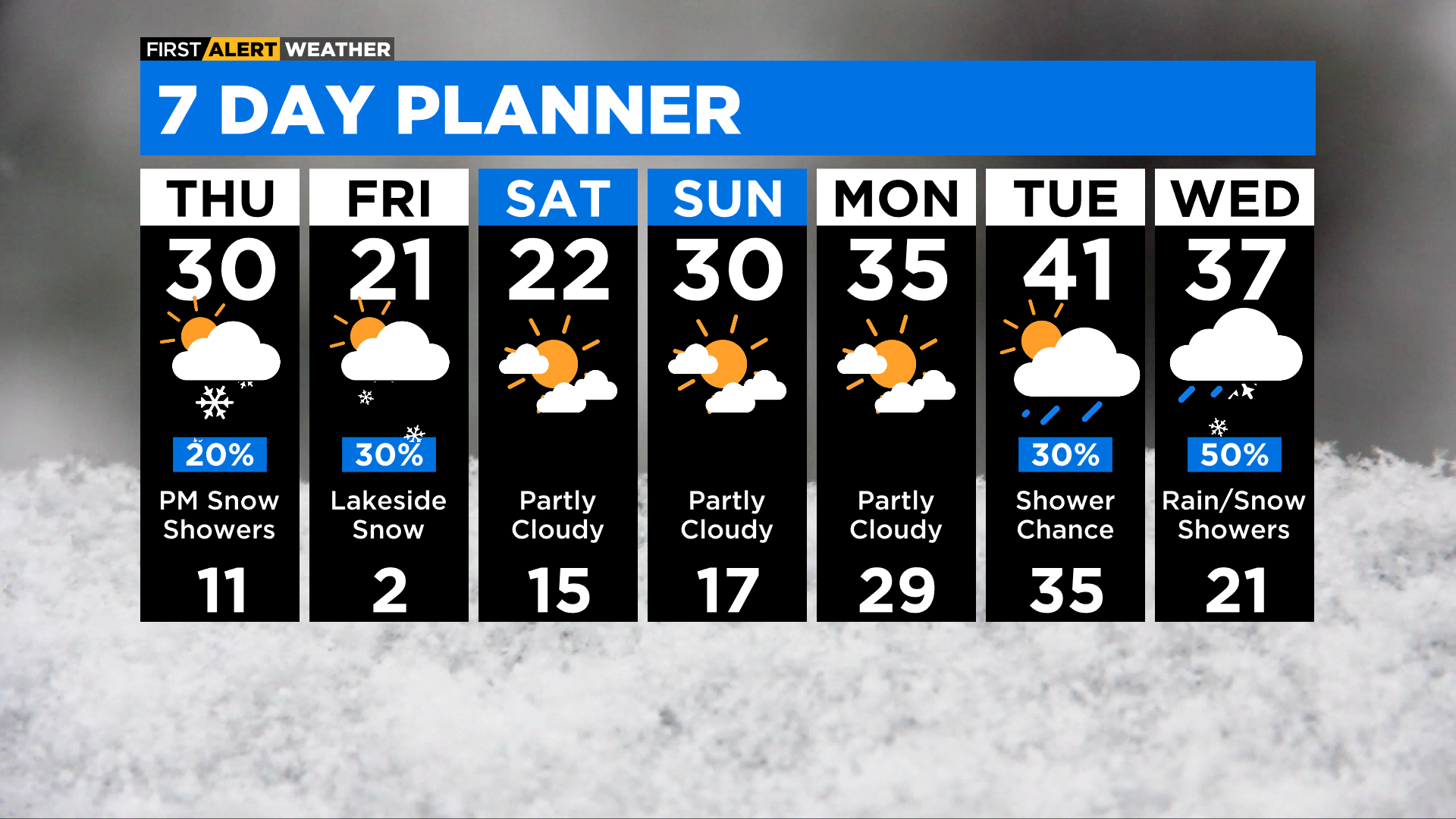