It started aroung 7:15 p.m. at 80th and Emerald, the scene of a deadly shooting, but it ended when officers crashed at 119th and Western. 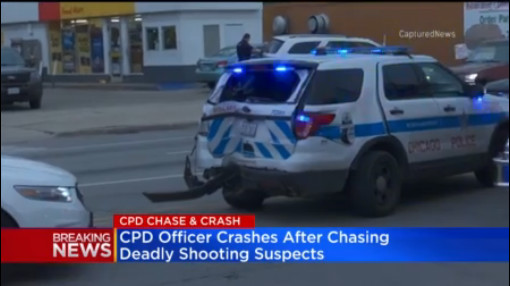 Another vehicle struck the drivers side of the marked squad car in an intersection, according to police.

Two officers were hospitalized at Little Company of Mary Hospital with minor injuries.

The driver of the other vehicle was taken to Metro South Hospital for minor injuries.

The suspects got away traveling south on Western Avenue.