CHICAGO (CBS) -- The images of five children lost to Chicago's street violence over the past decade are part of a new 25-foot peace window at a West Side church. 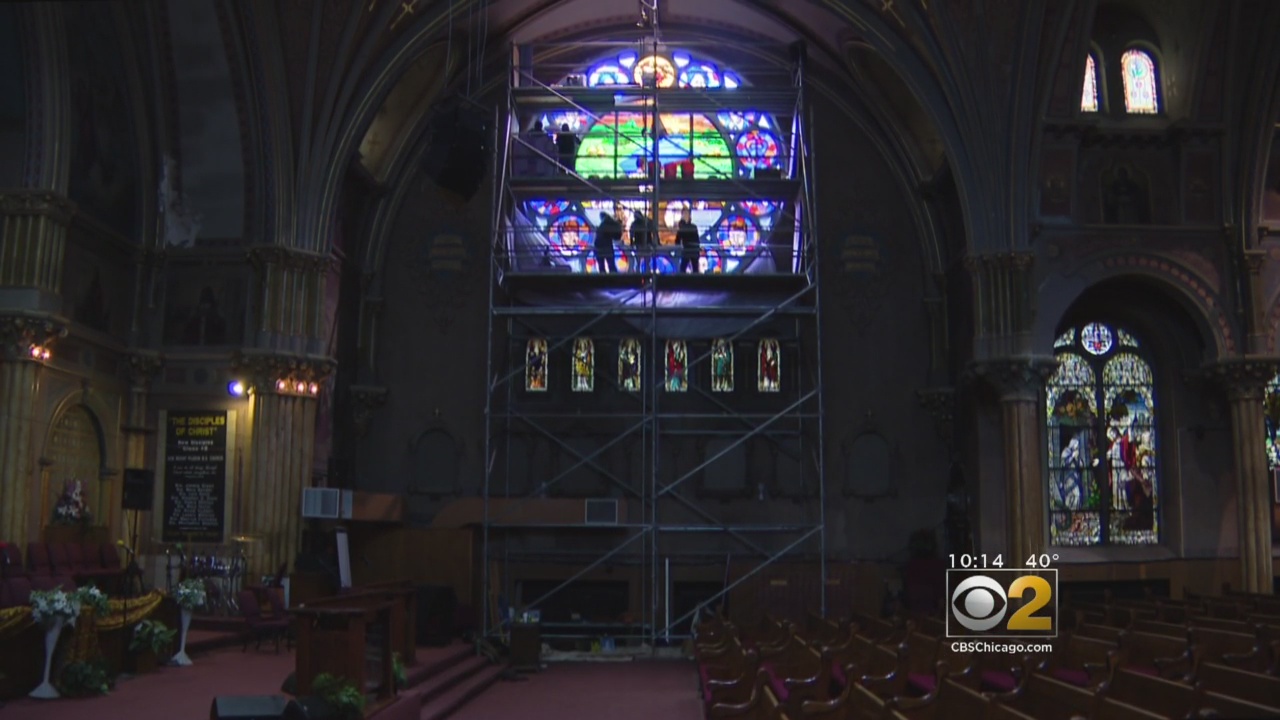 "He's up there with God," Rochelle Sykes said as she smiles while talking about her nephew Demetrius Griffin, Jr.

Her faith tells her he's been with God since his murder two and a half years ago. But now she's talking about Griffin's inclusion in a stained glass window now filtering light high above the sanctuary at New Mount Pilgrim Missionary Baptist Church.

"It was such a great feeling when I saw his actual picture go up," she said.

The Sankofa Peace Window, which is being installed this week, completes a trilogy of African spiritual art at the church.

"We know that art speaks for years to come and for generations," said Kenya Joyce Hatch, youth pastor at New Mount Pilgrim Missionary Baptist Church. "And so it was important for us to actually commemorate these young martyrs of Chicago urban violence."

In addition to Griffin, who was burned alive in an alley garbage can, the window includes Fenger High School student Derrion Albert, who fatal 2009 beating was captured on cell phone video.

Also depicted is Laquan McDonald, who was shot and killed by former Chicago police officer Jason Van Dyke in 2014. Hadiya Pendleton is pictured as well. Pendleton was killed by a stray bullet in a Chicago park in 2013. Blair Holt, shot on a CTA bus in 2007 while diving to protect another, is also included.

Hatch says their deaths are symbolic of a larger crisis.

"We're in a state of emergency," she said. "And that is what this is showing."

Of all five murders, only Griffin's remains unsolved.

"It gives me some comfort to know that when I come to worship, I come to pray. When I look up, I'll see him."