CHICAGO (CBS) -- A skate shop clothing store in Chicago's Loop appears to be the target of a smash and grab.

The damage was done to the Zumiez near State and Madison around 11 p.m. Friday night. 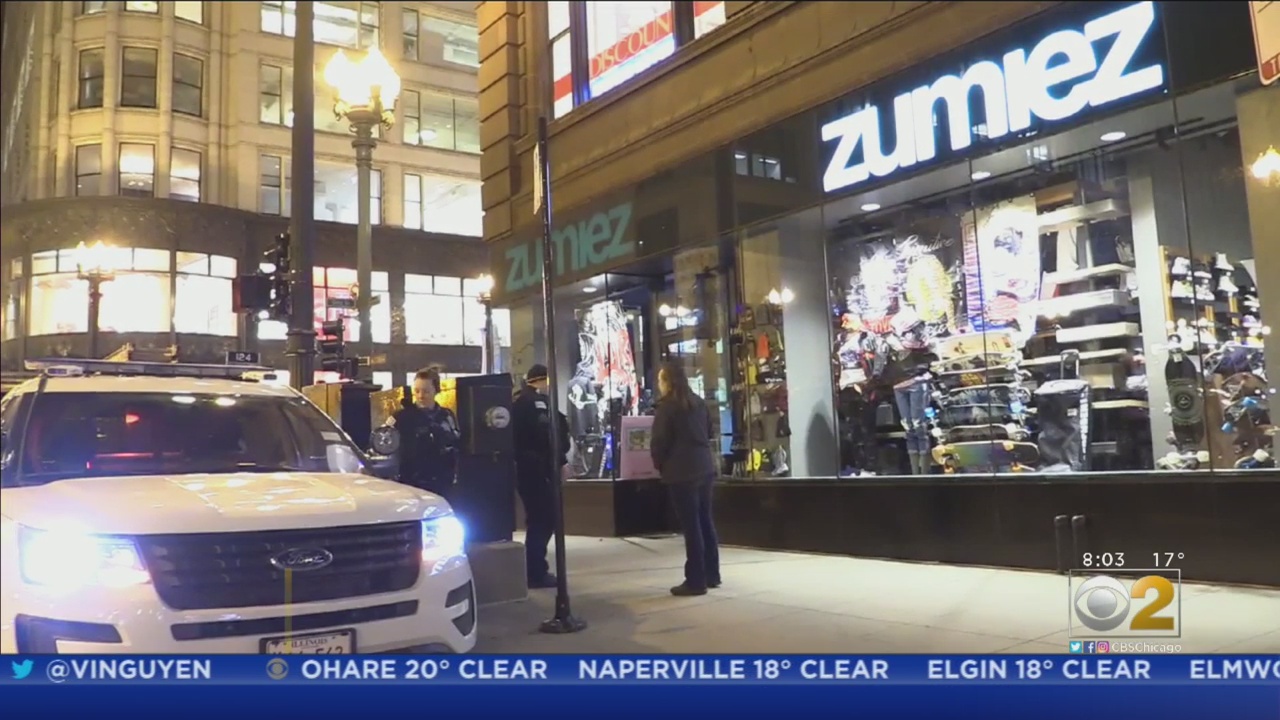 The glass of the front door was cracked, the window pane partly in the store.

A man who works downtown said he was just ending a shift when he walked by and saw it.

"It was a couple of guys running with skateboards with no wheels to them," said Armon Stewart. "I thought it was odd. They were also in plastic, so I knew something wasn't right. And then walking down the street here on Madison, stopping and seeing the glass broke, I kind of put two and two together."

Chicago police were at the scene looking into what happened.

The location has been broken into several times, most recently two months ago.