CHICAGO (CBS) -- Chicago is the most segregated city in the United States, while also being one of the most diverse, according to a new analysis of U.S. Census Data.

How can that be possible?

Because "diversity" and "segregation" are two different things, when you look at them from a city-wide level and then the neighborhood level, writes Nate Silver, the founder and editor of the Five Thirty Eight blog.

"Chicago deserves its reputation as a segregated city," Silver writes. "But it is also an extremely diverse city. And the difference between those terms — which are often misused and misunderstood--says a lot about how millions of American city dwellers live." 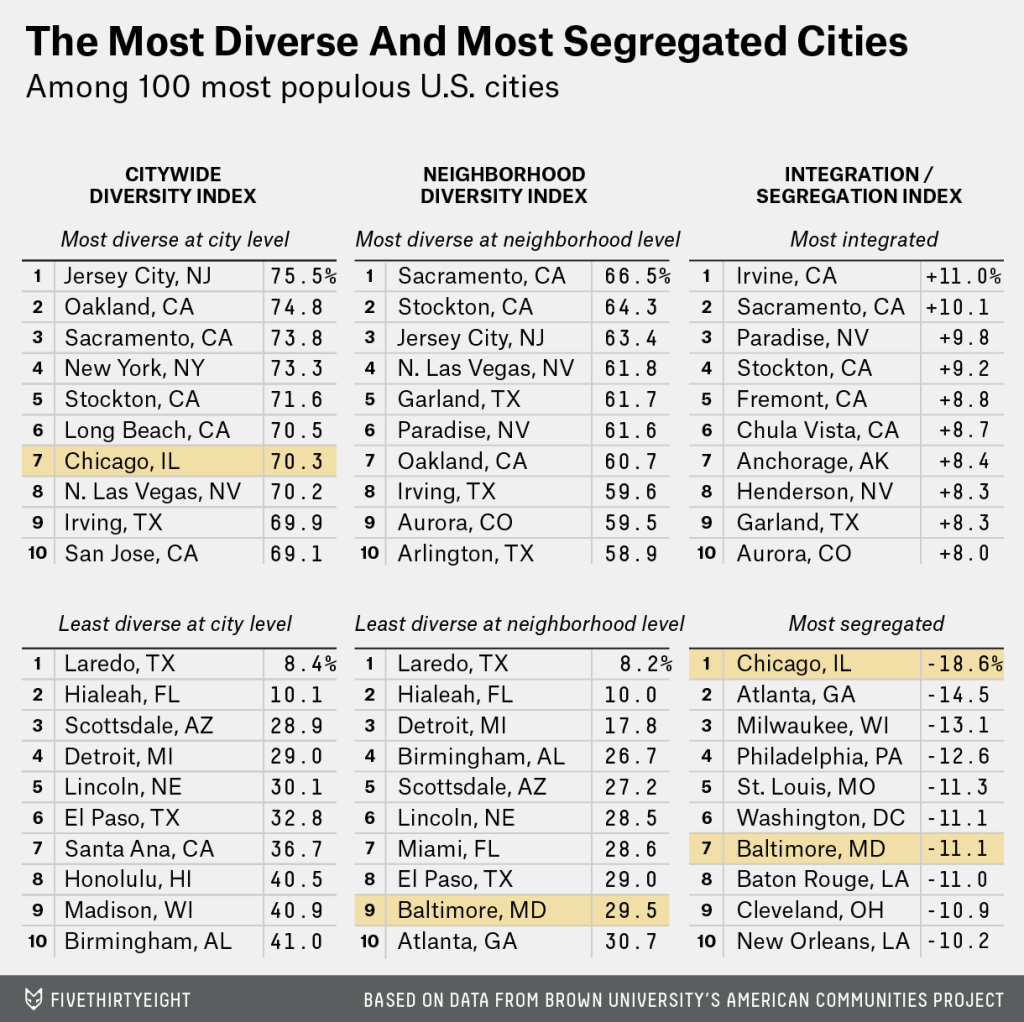 In the above chart, Silver measured is the citywide diversity index: What percent of the people belong to a different racial group? Chicago ranks as the seventh-most diverse city in the United States.

At the same time, the city is very segregated by neighborhood, where many areas on the South and West sides are overwhelmingly black. Other neighborhoods within those areas are largely Hispanic. That results in the city's high segregation index. Overall, the city is divided almost equally into three parts: Hispanic, African-American and whites.

You can see that on this dot matrix map by Dustin Cable. 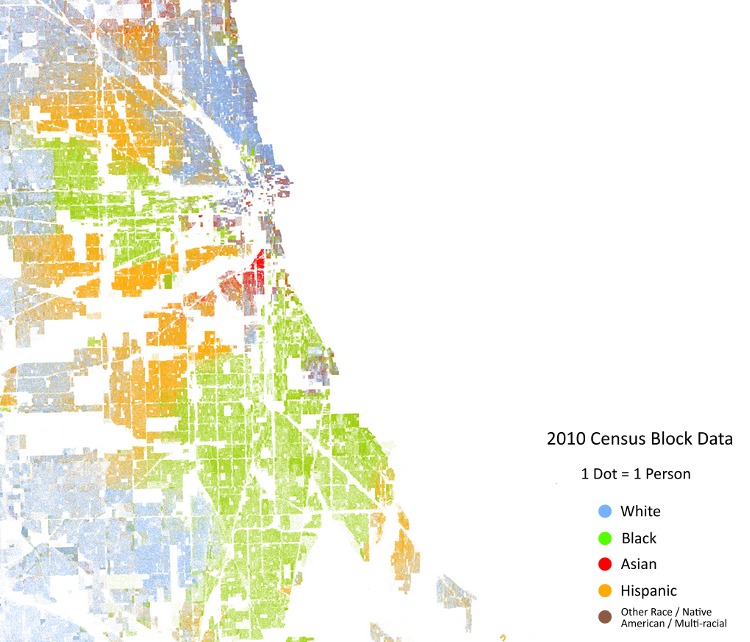 Chicago is not alone when it comes be being highly diverse and segregated. Silver's analysis looks well beyond the qualities of the city, which you can read more about here.