CHICAGO (CBS) -- For more than a year the Chicago Heights Park District has been trying to get its badge back from its former police chief. He said if he has it, he does not have to give it back and claims he was never even terminated.

The park superintendent tells CBS 2's Jermont Terry that Jose Maldonado should not have the badge and ID, but CBS 2 has uncovered documentation from the park district where leaders were fully aware the former chief was using the badge well before an accident this week.

It remains unclear why the badge and ID issued to Maldonado in 2015 is still floating around or more importantly why the former chief of police at the Chicago Heights Park District never returned it.

CBS 2 obtained a letter a park district attorney sent to Maldonado in October of 2020. The subject line is clear: "Cease and Desist."

In the letter the park district demanded one thing from Maldonado: "Requesting you return the Park District badge and credentials that remain in your possession." The certified letter tells Maldonado the park district is fully aware "you have been using a badge and credentials that identify you as the Park District's Chief of Police."

Maldonado lost that job in Chicago Heights after a 2016 DUI arrest. The Cook County State's Attorney Kim Foxx would later drop those charges in 2019 for lack of evidence.

The same year Maldonado was found not guilty after Midlothian police arrested him for impersonating an officer.

On Facebook Maldonado still considers himself an officer. In April he posted, "This is why I am still to this day the chief of police of the Chicago Heights Park District Police Department."

And as recently as this week, the city of Chicago Heights said Maldonado showed a badge to state troopers after a single car crash on the Dan Ryan Expressway.

Maldonado's attorney, Frank Avila, insists Maldonado never showed a badge and only told troopers he was the former chief. Avila said since Maldonado has never received termination papers, so any credentials he may have are legal. 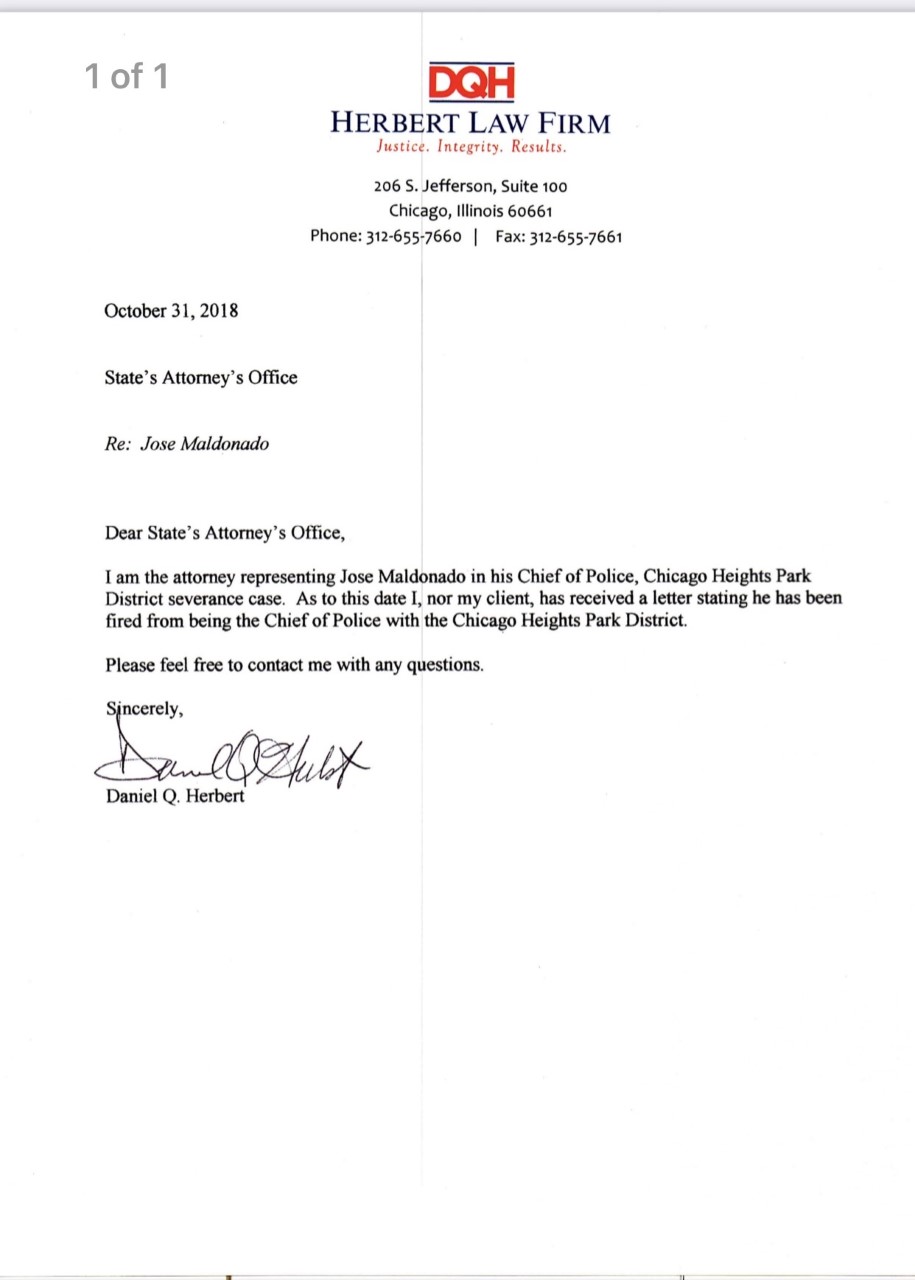 But the cease and desist included copies to Illinois State Police and Attorney Frank Avila and reiterates Maldonado was officially terminated from the position on March 24, 2017, adding "you are misrepresenting your certifications as a police officer."

State police only cited Maldonado for the traffic crash, but it is an open investigation.

No one at the park district could explain why the badge and id were never officially turned over in 2017 when Maldonado was no longer chief.

His attorney stands by his assertion there has never been a formal termination letter.