"As I approached the baby's room and stood outside, I was shocked to hear a deep, manly voice talking to my 7-month-old son," Arjun Sud said. "My blood ran cold." 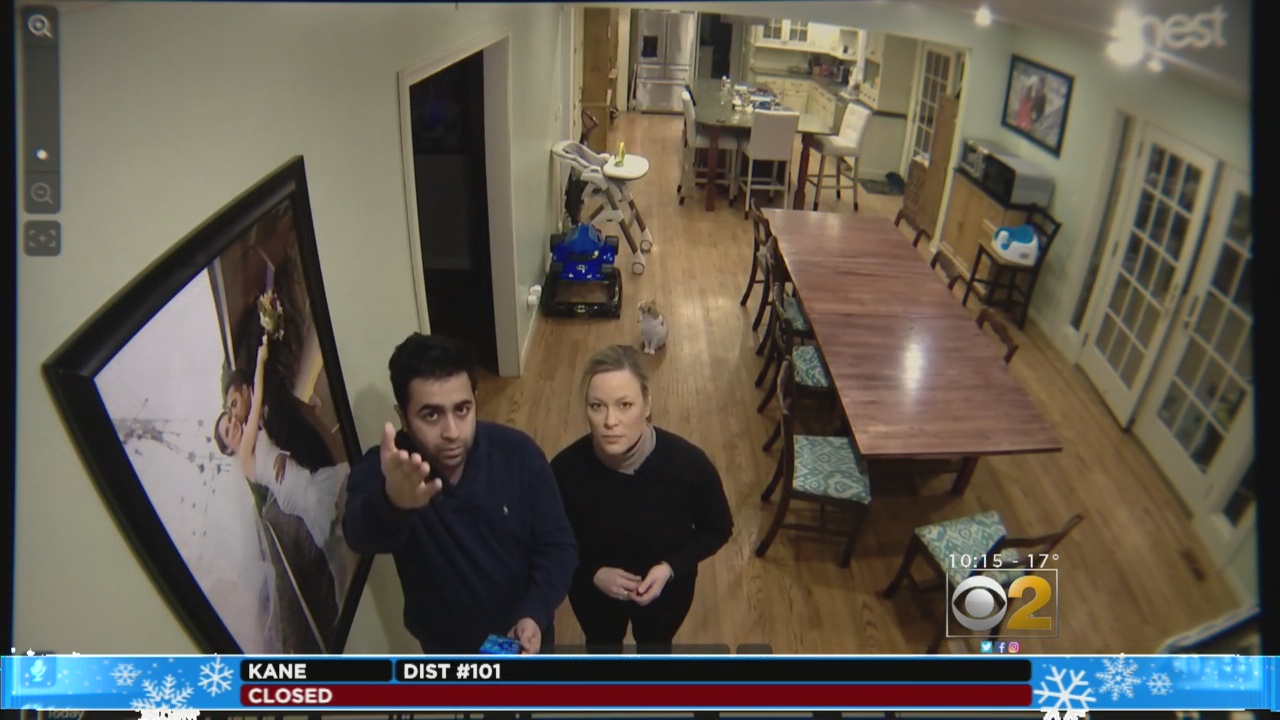 Arjun Sud was standing outside his son Oliver's Door Sunday when he heard that voice. He burst in. The voice stopped. He and his wife chalked it up to baby monitor interference. But once downstairs, they heard the voice again.

It was an unseen intruder talking to them through their Nest security camera, using obscenities including the 'N' word.

"Asking me, you know, why I'm looking at him because he saw obviously that I was looking back and continuing to taunt me," he said.

Sud says once his shock subsided he composed himself enough to record part of the ominous exchange.

Sud believes the hacker also turned their upstairs thermostat to 90 degrees. He noticed that potential danger to their baby the same night.

"And then they messed with our thermostat," Jessica said. "Who does that?"

The Suds unplugged their interior cameras, called police and then Nest itself.

"And then they said, 'Well, you should have used a unique password and two-factor authentication, and if you did, you know, that would be that,'" Sud said.

Sud's been using Nest for years, sinking thousands of dollars into the system to help secure his home. He now question's Nest's security.

"And that why when I called Nest, and I said, 'How long has this been going on for? How long has someone kind of been watching us?' 'We don't know. We can't tell you. We don't have the logs,'" Sud said.

It's extremely disturbing, he says, considering there are cameras all over their home with no indication someone outside might be watching -- except on two cameras where a blue light clicks on when someone talks.

"Until they actually communicate with you, they could be in here, watching as we are doing right now, and there is no difference. You can't tell," Sud said.

He says his trust in Nest is shattered. He wants to return the system.

"What I'm truly upset about, other than the obvious, is that it seems like the executive leadership at Nest fell asleep at the wheel," Sud said.

Sud says he was unaware double factor authentication was now available, having never received any information about it.

A spokesperson for Google, the parent company of Nest, sent CBS 2 the following statement:

"Nest was not breached. These recent reports are based on customers using compromised passwords (exposed through breaches on other websites). In nearly all cases, two-factor verification eliminates this type of security risk. We take security in the home extremely seriously, and we're actively introducing features that will reject compromised passwords, allow customers to monitor access to their accounts and track external entities that abuse credentials."