CHICAGO (CBS) -- Chicago prides itself on being a commuter city with an easy-to-navigate grid.

But the Morning Insiders found for one man, it's a tricky trip because the front of his home is more like an obstacle course.

CBS 2's Vince Gerasole traveled along with Mike Ervin as he tried in his wheelchair to navigate a construction site where obstacles stand at the end of his block on Printer's Row.

"It makes the passageway so narrow, but I don't even want to attempt to get through," Ervin said. "There's a little bit of room to pass through."

There is a fence that is blocking the entire sidewalk and a passageway that is too narrow for anyone in a wheelchair to fit through. 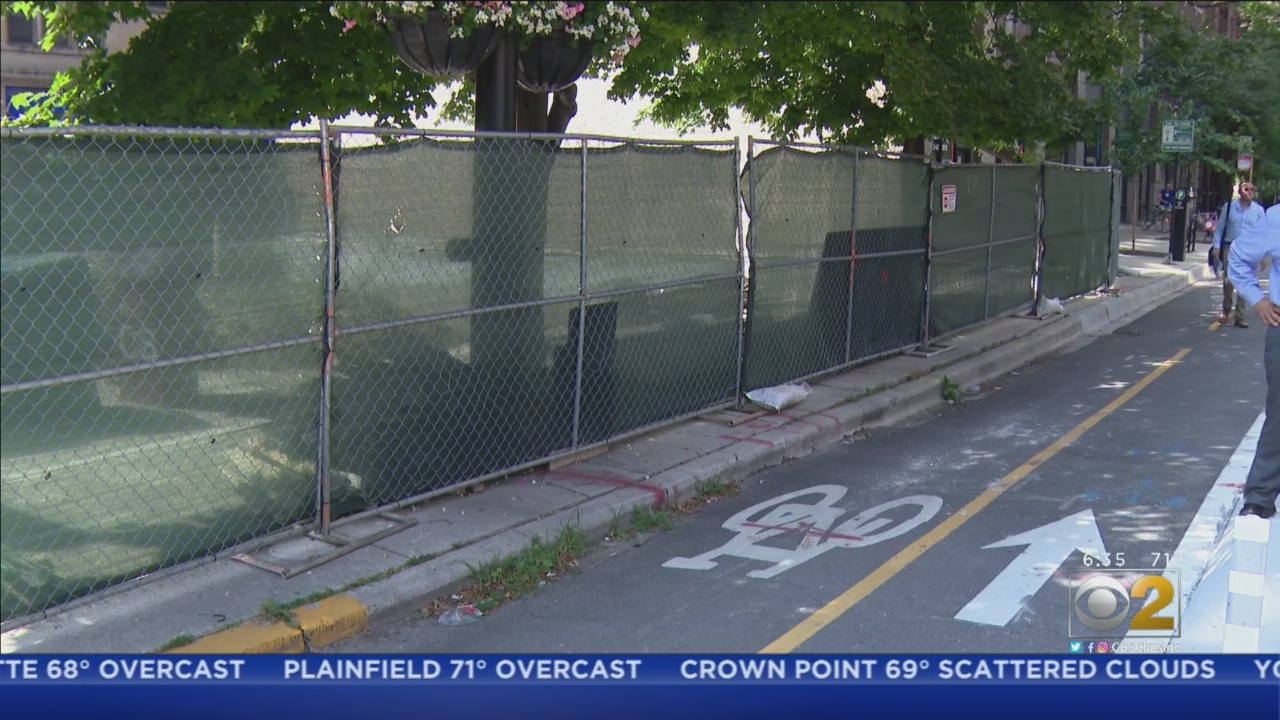 "There's a light pole that's right in the way," he said.

As workers prep the lot for a larger project, fencing extends to trees and light poles on the north facing walkway.

"That pole makes it so that you can't pass through here at all, and that side is the grate. And that grate is dangerous and bumpy," said Ervin. "I could maybe squeeze by, but it's so narrow that I risk falling off the curb."

It's even worse on the southern side of the block.

"There's no ramp," he said. "There's no asphalt. There's no nothing that makes is possible for someone who can't step down a curb to get around."

A fence completely blocks off the walkway.

According to the Department of Justice, through the Americans with Disabilities Act, making accommodations in these situations is the law.

"There's a solution to it. A very simple ramp would take care of it," said Ervin.

Also, in the city of Chicago blocked sidewalks need to be clearly marked, but it's not so  with the project at the end of Ervin's block.

"No matter which way I go, I run into this green fence," he said.

Following weeks of calls from CBS 2 and Ervin to the city, it appeared workers were addressing the situation.

The Chicago Department of Transportation told CBS 2 the contractor "is making improvements to widen the pedestrian space and improve access."

But what was done actually contradicts those words from the city. The fence was moved closer to the curb, shutting down the sidewalk and making the area less accessible.

CBS 2 brought the contradiction to the attention of CDOT, which now says a "citation" has been issued to the contractor for a "lack of signage."

As for a ramp, CDOT determined the adjacent six-foot bike lane is "not wide enough to make this a safe ... option." It promises full access will return by September 6.

"It seems like no permit should be given, and no construction fences should go up until this part of it is addressed," Ervin said.

Now the sidewalk remains closed to all but is clearly marked, allowing residents to be prepared as they approach.