Chicago (CBS) -- Since Jussie Smollett reported to police that he was attacked by two men on Jan. 29, people have taken to social media to voice their opinion on his case.

Many celebrities were quick to support Smollett, but some now doubt the attack actually happened. Others have stood steadfast with Smollett or not posted their reactions to new developments in the investigation.

Actor and filmmaker Tyler Perry posted on Instagram Thursday and said he spoke with Smollett who remained adamant that he was telling the truth. 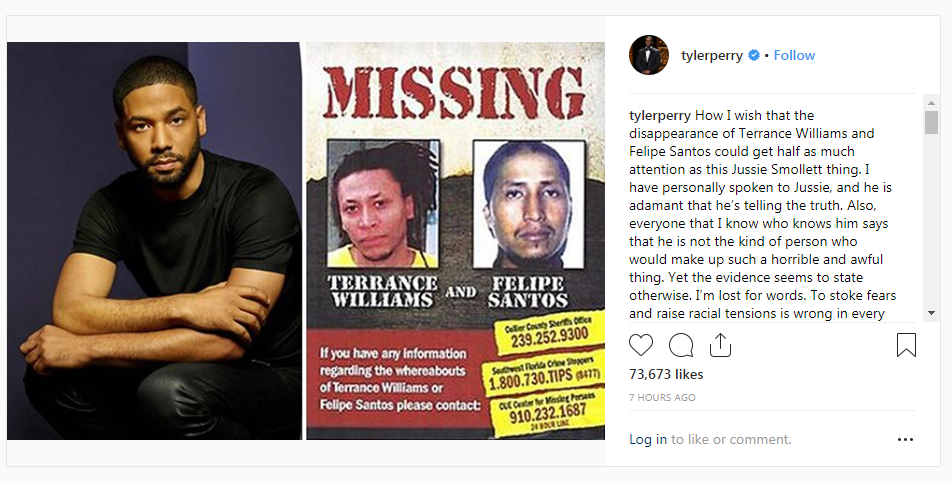 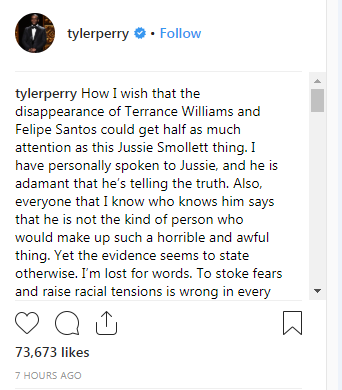 "Yet the evidence seems to state otherwise. I'm lost for words. To stoke fears and raise racial tensions is wrong in every situation on ALL SIDES!" Perry wrote.

On Sunday, director Ava DuVernay tweeted that inconsistencies in Smollett's story have not changed her mind completely.

Despite the inconsistencies, I can't blindly believe Chicago PD. The department that covered up shooting Laquan McDonald over a dozen times? That operated an off-site torture facility? That one? I'll wait. Whatever the outcome, this won't stop me from believing others. It can't.

As of Thursday afternoon, DuVernay has not posted any changes in her opinion.

Reverend Al Sharpton spoke about Smollett on MSNBC Thursday and said that it would be hurtful if the reported attack was staged.

"These allegations, if this proves to be true, would be very painful for those of us that know Jussie and supported him when it was initially reported," Sharpton said. "I think the real problem is, whether it become a race hate-based crime or LGBTQ, we always face skepticism. This only raises it even more."

On @msnbc now live with Ali Velshi talking about the Jussie SMOLLET incident and reported hate crimes in America pic.twitter.com/h1wHSjq0R7

"We are evaluating the situation and we are considering our options," Fox officials said in a statement.

Meantime, TNT has pulled an episode of "Drop The Mic" featuring Smollett. The show features celebrities facing off in rap roast battles.

Smollett, who is black and openly gay, had told police he was attacked as he was walking home around 2 a.m. on Jan. 29. He claimed two masked men – one of them also wearing a red hat – shouted racist and homophobic slurs as they beat him, put a noose around his neck, and poured a chemical on him.

Police said, in reality, Smollett had paid those two men, Ola and Abel Osundairo, $3,500 by check to stage the attack.

CBS 2's Charlie De Mar has reported Smollett also directed the brothers to buy the noose at a hardware store and the hat and masks at a store in Uptown.

Johnson said police have the check.