The authors of the 185-page report—the most comprehensive to date--hope it pushes bishops to reveal the identities of hundreds of more clergy involved in the cases.

"The purpose of this is to alert the people and the communities, the parishes and the police that there are people still out there who need to be identified as having been accused of childhood sexual abuse," said attorney Jeff Anderson. 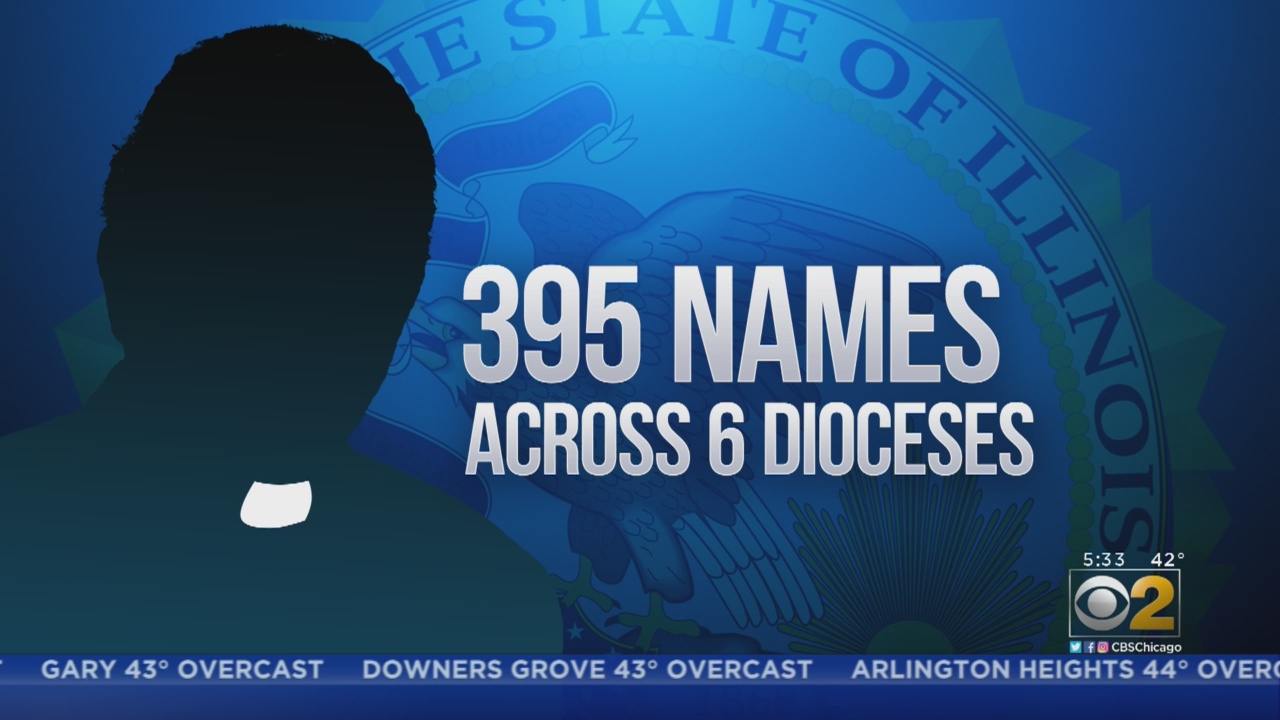 The report was assembled by law firm Jeff Anderson and Associates, which gathered information from survivors, lists of credible allegations and other outlets.

The names mentioned in the report have already been released by the Archdiocese of Chicago. However, in the Joliet Diocese, the report names eight priests not publicly known previously.

The report details the assignment histories of 395 Catholic clergy who the law firm says worked or continue to work at six dioceses in the state.

Attorneys representing some of the victims want Catholic bishops in the state to release all names and files of Catholic clergy accused of sexual abuse.

They want that information handed over to law enforcement and say this is something the public needs to know.

Last December a report from the Illinois Attorney General found more than 500 priests who have not been publicly named by the Catholic Diocese in Illinois.

"Our investigation is ongoing, and we will review any new information that could be relevant," according to an email from the attorney general's office.

The Archdiocese of Chicago responded in a statement, saying:

The Archdiocese has reported 20 of these clerics to the civil authorities; in one of the remaining two cases, the Archdiocese first received notice when the cleric was arrested, and in the other it was an allegation of misconduct with an adult, not a minor.

Priests with substantiated allegations are listed on the Archdiocese's website."

The Diocese of Joliet also responded, saying all of the allegations from the report have already been reported to law enforcement.

"In addition to those priests already listed on our website, the list published by Attorney Anderson includes the names of some diocesan priests, living and deceased, who have been accused of abuse, but the claim was unsubstantiated or deemed not credible by the Diocese of Joliet Review Board, or the claim did not involve child abuse.  In addition to the investigation and conclusion by the Diocese of Joliet Review Board, each of these claims was forwarded to the civil authorities for investigation and potential prosecution."