CHICAGO (CBS)-- Police are warning residents on the South Side after a string of carjackings.

Police said armed robbers went up to people in cars in the Roseland and Gresham neighborhoods and stole their cars. They offender later used the same cars to rob other victims. 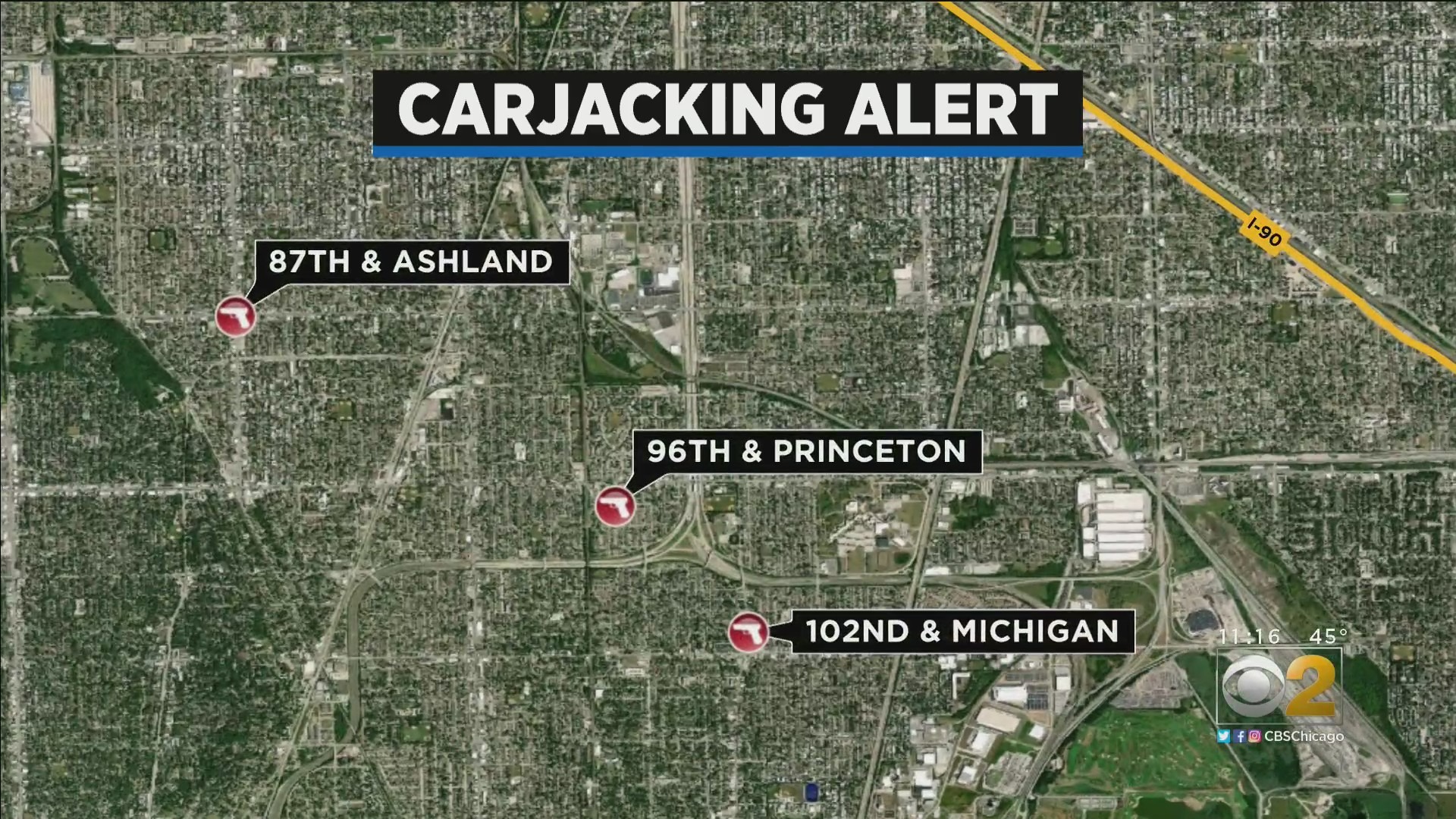 This has happened three times since Saturday.