CHICAGO (CBS) – A car crashed into a diner in Near North early Saturday, police said.

A person was driving erratically in a Dodge Charger in the middle of an intersection in the 300 block of West Chicago Avenue at about 2:45 a.m. 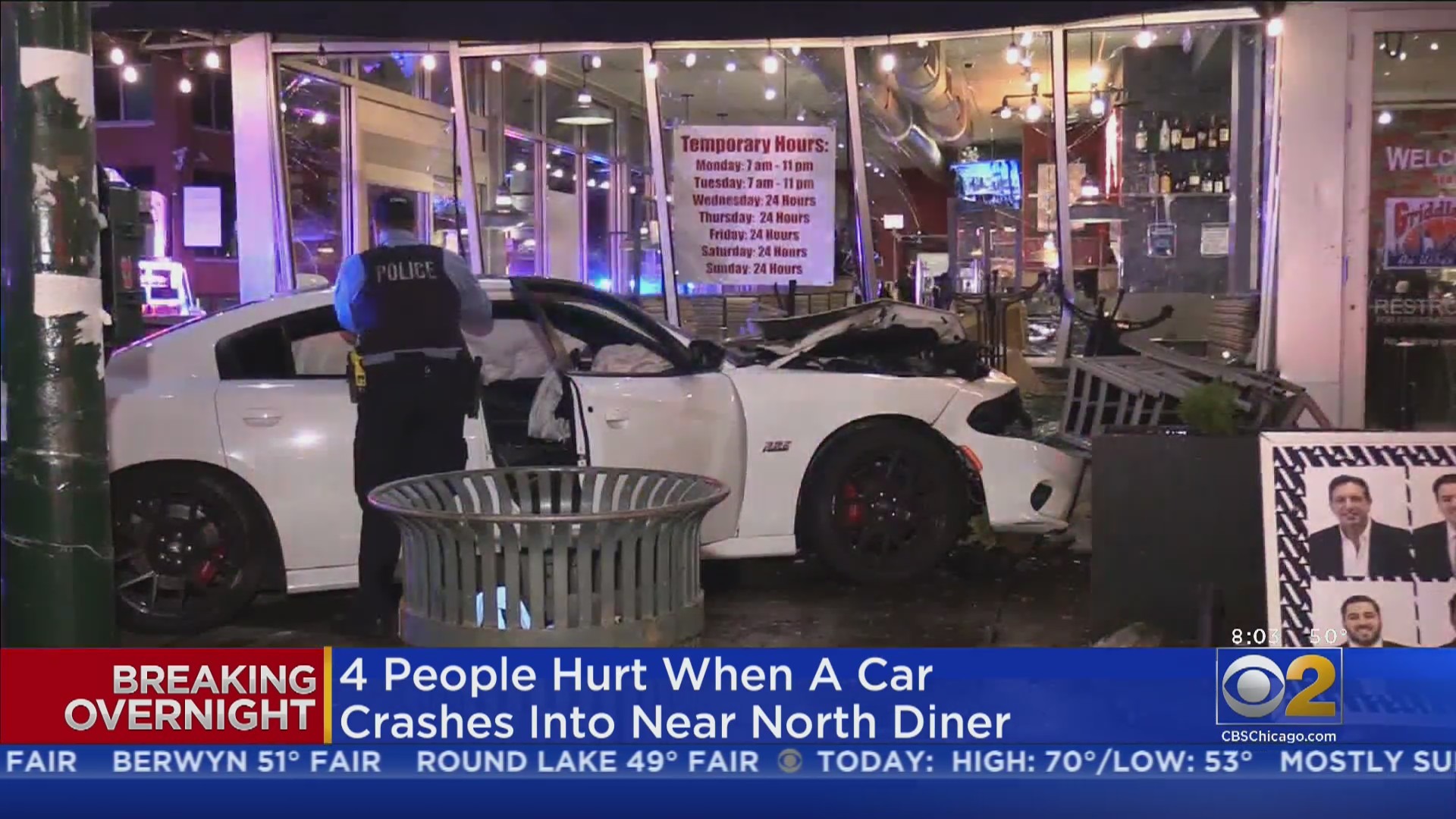 The driver lost control of the vehicle, jumped the curb and crashed into Griddle 24. The driver exited the vehicle and fled on foot, police said.

Four people dining at the restaurant sustained minor injuries and were taken to area hospitals in good condition.

Nobody is in custody.