CHICAGO (CBS) -- With only seconds to spare, two suburban teenagers rushed to the rescue at a fiery car crash on I-88.

"You see, coming at us, just two fireballs!" recalled John Schneider, a cadet in the Lincolnshire Law Enforcement Explorer program.

The fireballs, Schneider said, were the charred remains of the Mustang and Hyundai. 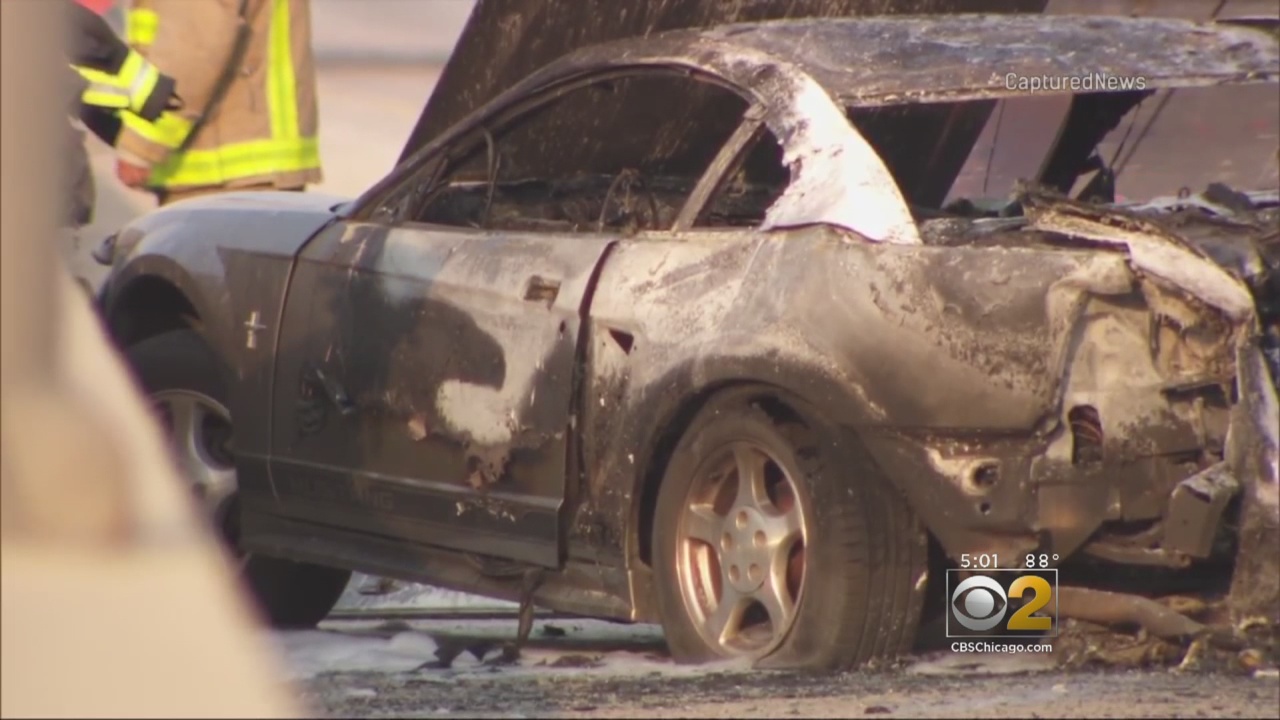 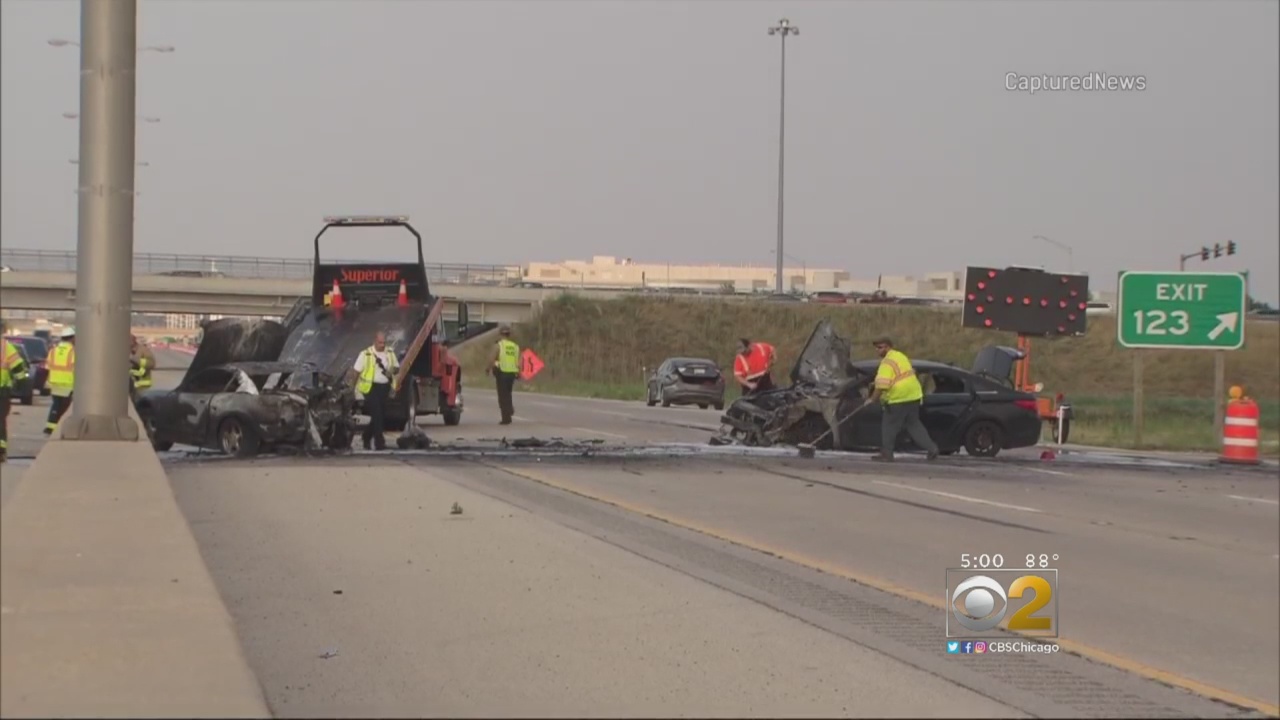 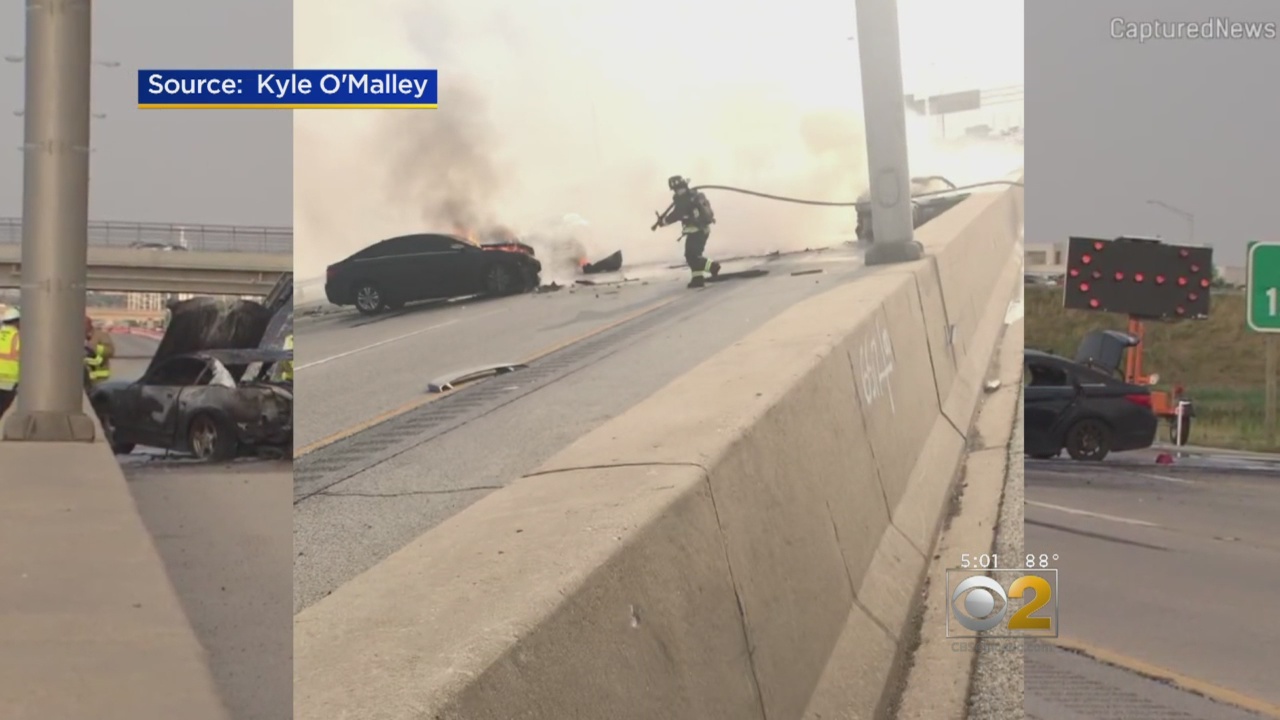 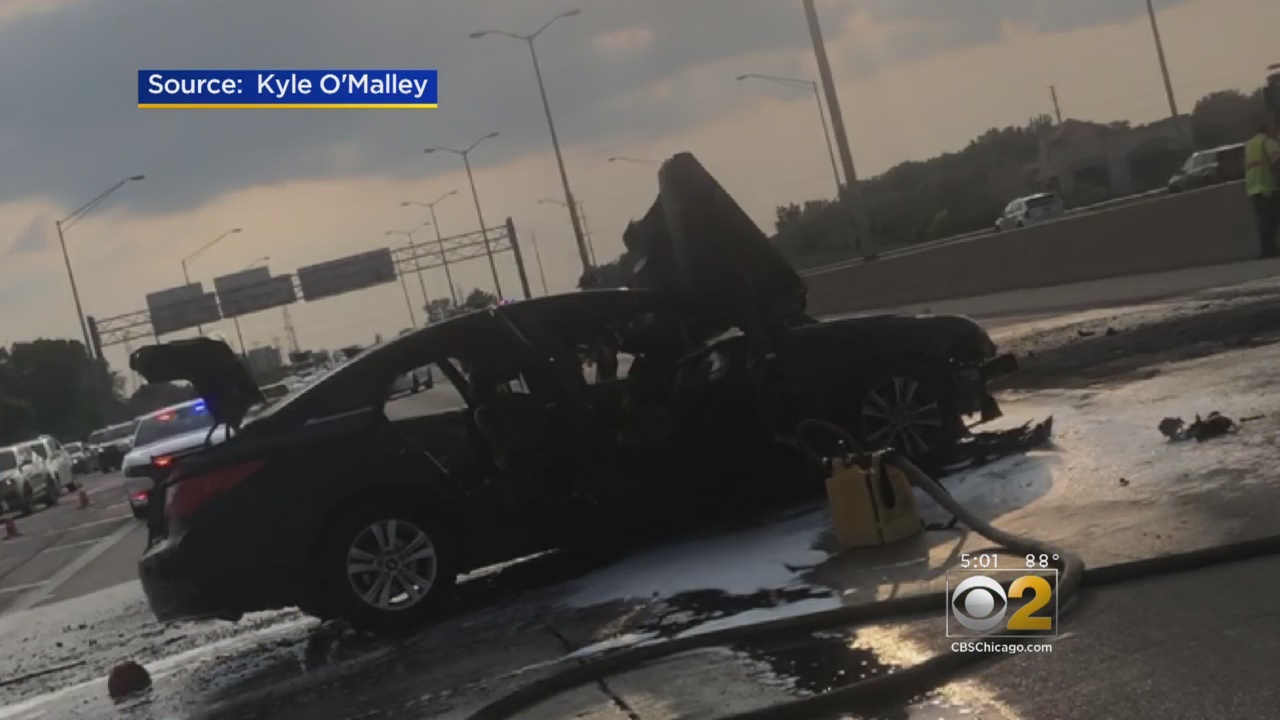 Schneider and fellow cadet Kyle O'Malley were driving on I-88 near exit 123 when they came across a crash in the opposite lane of traffic; but that did not stop the young men from pulling over and taking action.

"We stop, we sprint down the road, and then we hop the median. That's when we could see, truly, the devastation that ensued after the crash," said O'Malley.

"We lifted her up...about 20 seconds later I turned around and I see the whole car was up in flames inside and out." Only on @cbschicago pic.twitter.com/wUFYKHsoIb

"All that crossed my mind was getting everyone in those vehicles out and just making sure everybody was safe," Schneider recalled.

The teens pulled an unconscious woman from the burning Mustang. Schneider used an extinguisher from a nearby semi driver to clear a path through the flames to get the woman out.

"I noticed that the seatbelt was still on her, so I went around the driver side and cut the seatbelt off with a knife," Schneider said. "We all started pulling at the door and it finally broke loose and we lifted her up and got her down about 20 feet away. Right after that, about 20 seconds later, I turned around and I see the whole car was up in flames, inside and out."

The woman was treated and released at a neighboring hospital.

The two young men hope to become Illinois state troopers in the future.