CHICAGO (CBS) -- Concrete is crumbling in a North Side pedestrian tunnel, and neighbors are now sounding the alarm – concerned someone could get hurt.

As CBS 2's Jermont Terry reported, the tunnel under DuSable Lake Shore Drive at Buena Avenue remained open as of Monday night. The path that leads to and from the tunnel it is maintained by the Chicago Park District, but the tunnel itself is the property of the Chicago Department of Transportation.

That is leaving some people saying CDOT needs to do more.

Big chunks of concrete crumbled from the ceiling of the tunnel, leaving behind exposed rusty beams.

"They were probably five- to 10-pound pieces that fell," said Jacqueline Roig.

"It hits you in the head, it kills you," said Nelson Borelli.

Over the weekend, Roig and her neighbors came across slabs of heavy concrete on the ground in the Buena Avenue pedestrian tunnel at the lakefront edge of Uptown. They snapped images moments after the concrete fell. 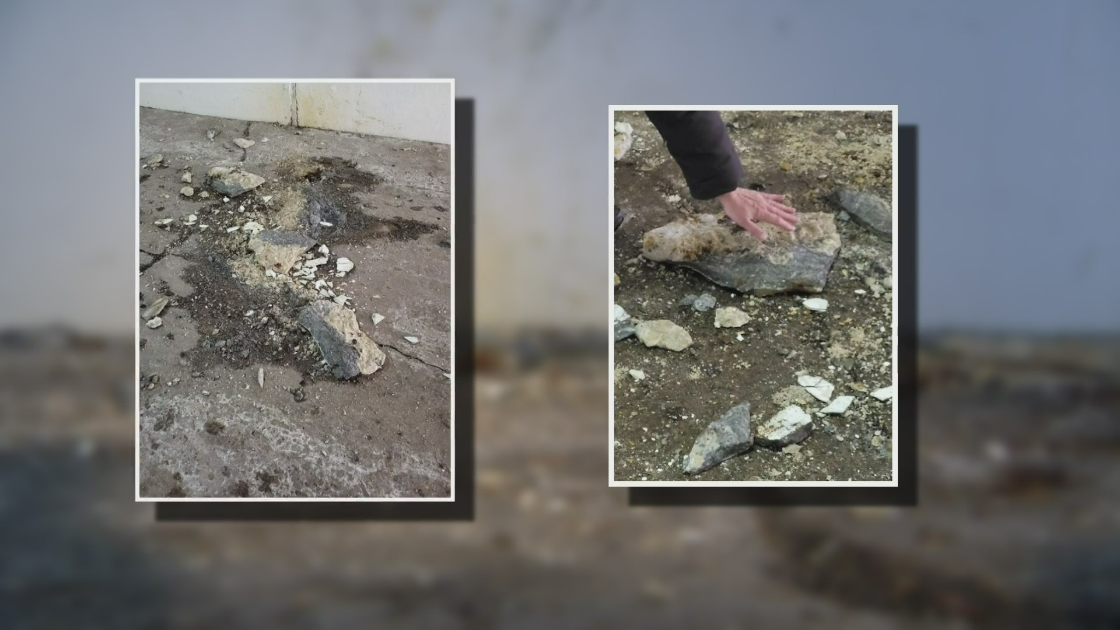 The tunnel runs underneath DuSable Lake Shore Drive – connecting people to the lake and a peace garden.

"The only way to get to it from this side – from the west side - is through this tunnel," Roig said.

It is a tunnel they have been worried about for months.

"We want it fixed. We want it to be repaired," Roig said, "not just painted or plastered."

Video shot in August 2021 shows the cracks and deteriorating ceiling of the tunnel. It is the exact spot Roig and her neighbors said they tired telling officials about five months ago.

"We've been trying to get the attention of the Chicago Park District, the city, the Chicago Department of Transportation," Roig said. "There's just a lot of, 'it's not ours, it's not ours.'"

The tunnel is maintained by CDOT, and hours after the concrete fell, the debris was swept up and orange cones were set up. But neighbors feel the cones should be where the cracks still exist overhead.

"Now this other block is about to fall, so if there's any precaution, it should be here," Borelli said, pointing to a space away from the cones.

CDOT tells CBS 2 it is aware of the weekend issue, and it is under investigation. But CDOT did not say if an engineer has come out to examine the tunnel.

But as time passes, the neighbors question why people are still walking through the underpass.

"The worst come to worst is to close to tunnel," Borelli said.

The neighbors are saying maybe the tunnel should be closed until there is certainty that it is safe for anyone to walk through.

No one was injured when the concrete chunks came falling down over the weekend.