CHICAGO (CBS) — When Itedal Shalabi and Nareman Taha got their COVID-19 vaccine early last year, it was a sign of hope.

Not just for them, but for the entire Arab community in Illinois. As co-founders of Arab American Family Services (AAFS), Shalabi and Taha work with 15,000 families every year to provide social services and resources. They saw firsthand how the pandemic devastated the communities they serve.

"COVID has impacted us at every level," Taha said. "We lost so many of our community members. [They] lost their loved ones, fathers, brothers, mothers."

And when it finally came time to get their vaccines, both were faced with a familiar roadblock as they filled out their forms: when it came to race or ethnicity, what box should they check?

Shalabi and Taha are both Palestinian American. But because there was no category for Arabs or those who identify as Middle Eastern, they checked "white" and "other."

"It hurts," Taha added. "It's frustrating. It tells you that you don't exist."

Now, after CBS 2's reporting, that will change. The Illinois Department of Public Health (IDPH) has created a new category for those who identify as Middle Eastern or North African (MENA) to choose when they get their vaccine. It can be viewed on the state's public vaccine dashboard. 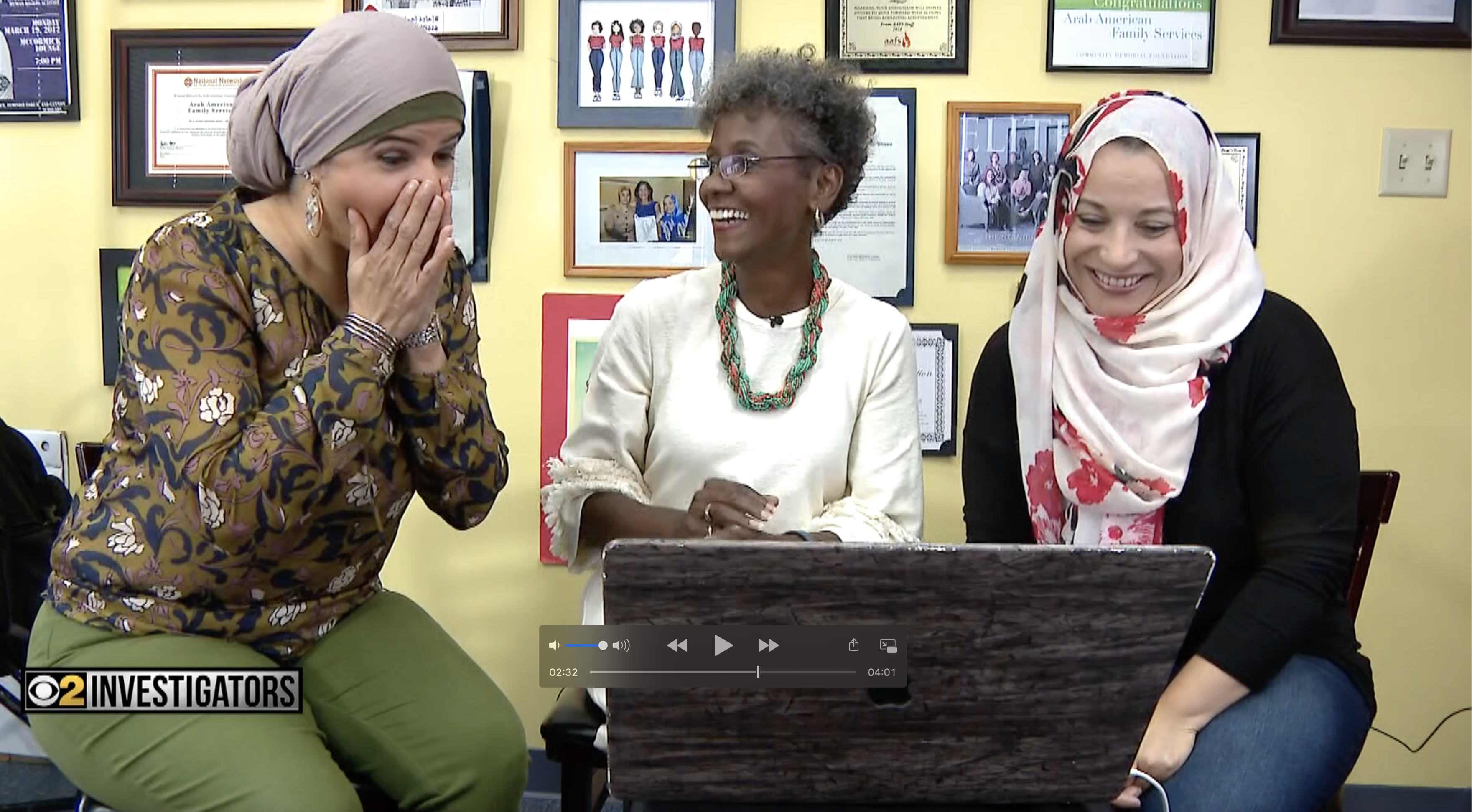 Taha and Shalabi were excited to see Arabs represented in state data for the first time.

"It's a stepping stone," Taha said. "It's the first step toward many more steps of being counted and visible and recognized as a community."

The issue was the crux of a CBS 2 investigation in May, which revealed how city, county and state agencies failed to separately count how often Arab Americans contracted or died from the disease, like they do for other groups.

That's despite the fact that some of the cities with notable Arab populations were among the hardest-hit by the first wave of COVID-19.

CBS 2 spoke to Arabs in the Chicago area, like Arwa Abulaila, whose family members died from the virus. A review of Cook County Medical Examiner data revealed Abulaila's mother, Ayseh, and others were categorized as either white, Asian or "other."

That lack of official data has broader implications. It made it difficult for community groups, like AAFS, to get immediate COVID-19 funding for resources and education, including in the Arabic language.

And as the life-saving vaccine was rolling out earlier this year, Arabs still weren't being counted. That made it tougher to convince some in the community to get the shot during a time where misinformation ran rampant on social media.

A general lack of data on Arabs is pervasive, stemming from a lack of a category in the U.S. Census. Researchers previously told CBS 2 how this makes it difficult to study this group and advocate for resources.

"If you don't have the data, you don't have the resources," said Nadia Abuelezam, an epidemiologist and professor at Boston College. "We aren't able to target communities that might be in need, and we're not catering to every community as we should be as public health professionals."

Activists and academics across the country, including in Chicago, have pushed for that representation for decades, and they hoped for a change in the 2020 Census.

"The Census Bureau did extensive testing, and we were really down to the point of … 'we accept the category MENA — Middle Eastern, North African — does it go under the race white, does it go under a separate category like Hispanic?' Like we were down to that level of placement," said Louise Cainkar, a professor of sociology at Marquette University whose worked on this issue for more than 30 years.

But before the changes could be finished, Cainkar said, the Trump Administration's Office of Budget and Management abruptly cancelled any further work on the category. Previously the Census said it would not add the MENA category yet, citing ongoing research about whether it should be treated as an ethnicity or a race.

When it comes to general data collection on racial and ethnic groups, including for COVID-19, local government agencies pointed to the Census for why they don't separately track information on Arabs. But CBS 2's reporting in May found Michigan, which has the second largest Arab population in the country, didn't wait for the Census. They had already been collecting COVID-19 data on Arabs without changes from the federal government.

With Illinois being home to a population of 150,000 Arabs – the fifth largest in the country, according to the Arab American Institute – CBS 2 asked the state if they would consider adding a category too.

In response, a state spokesperson said the new category was added to the web-based application system, I-CARE, in April for providers who enter vaccinations directly into the system. The category was also added to the EM Track system for counties who report to IDPH.

But AAFS acknowledged the numbers on the state's vaccine dashboard don't tell the full story.

By the time the new MENA category was created, IDPH had already collected vaccination data for months. More than 4 million people had already been vaccinated, which means Arab ethnicity data wasn't captured for that group.

When looking at the state's public vaccine dashboard, one might think just over 400 Arabs have taken the vaccine. But Taha and Shalabi said they know it's much more than that.

"We know that they're not accurate," Shalabi said. "Because we know…we did more [vaccinations] in our office alone. We did more than that in registering people. But we had to put white because [the MENA category] wasn't there previously."

Still, Taha said she views the new category as a "beginning for our community."

Today, more than 50 percent of the state, or nearly 6.5 million people, have been vaccinated. As some communities see a surge in cases of the Delta variant, officials and community groups rely on data as they allocate resources and push for more people to get vaccinated. Local agencies, including Chicago, Cook County and the state, still do not separately track how often Arabs contract or die from the virus.

"How do we work toward research to help the Arab American community stay healthy and safe?" Taha said. "It's critical. It's critical to really tell, again, our story, our narrative. For those who are coming in to research our community, not only do we exist, but how do we move forward?"

AAFS is looking ahead. Along with working to educate the community about the state's new MENA category for vaccinations, they want to build off the positive change and push for the creation of a similar category that would be added to all state forms – from law enforcement, to hospitals, to schools. This would require a new state law.

AAFS said they won't wait for the federal government to act. Instead, they are in the process of gathering legislative support for a future bill in Illinois.