CHICAGO (CBS) -- A new anonymous online threat from Islamic State claims that the terror group has "soldiers" standing at the ready in Illinois, and it mirrors previous messages targeting Chicago.

The New York Daily News on Wednesday reported that the ISIS threat, posted on JustPasteIt, claims the group has "71 trained soldiers in 15 different states ready at our word to attack any target we desire. Out of the 71 trained soldiers 23 have signed up for missions."

It's not the first threat to hit home.

Last August, a post on Twitter, purportedly from somebody connected with Islamic State, showed a photo of the Old Republic Building, 307 N. Michigan Ave., in Chicago and the White House. 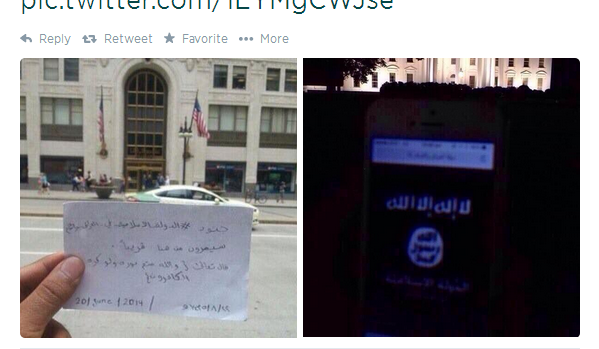 The most-recent threat, which was posted following an ISIS-claimed attack in Garland, Texas, has not been authenticated. It targeted Pamela Geller, who helped plan a Prophet Muhammad cartoon contest, where two gunmen armed with assault rifles attacked over the weekend.

Over the past six years, Chicago has become a top potential target for international terrorists, a top security expert told CBS 2 at the time.

In March, Orland Park Police acknowledged that it had been in contact with the FBI's Joint Terrorism Task Force after a "hit list" posted online by ISIS reportedly contained the name of an airman from the suburb.

The Pentagon has asked local police to help protect the 100 service members ISIS is encouraging disciples to kill here.

Mohammed Hamzah Khan of Bolingbrook has been charged with attempting to provide material support to a foreign terrorist organization.