CHICAGO (CBS) -- Two families are coming together for the first time today to file a lawsuit after a man who died in hospice care was misidentified.

CBS 2 uncovered the story of Elisha Brittman, who was misidentified as Alfonso Bennett, and died with Bennett's family at his side instead of his own.

The lawsuit names the City of Chicago and Mercy Hospital in a wrongful death action, contending police and hospital workers failed to correctly identify Brittman and talking the Bennett family into making life-and-death decisions on behalf of a man who was not their relative.

Brittman was found naked and unresponsive with severe injuries under a vehicle on Chicago's South Side on April 29. He was brought to Mercy Hospital and listed as a John Doe.

"The bottom line is this mistaken identity situation is something we think could have easily been avoided," said Cannon Lambert, the attorney representing the families. "It can't happen anymore."

Two weeks later, Bennett's sister got a call from the hospital, saying it he was in the ICU. They told the family he'd been identified through mugshots.

Later, when the man at Mercy Hospital languished, Bennett's family signed papers to take himoff a ventilator and perform a tracheotomy. He went into hospice, where he died. After they made funeral arrangements, Alfonso Bennett walked through his sister's front door, alive and well. 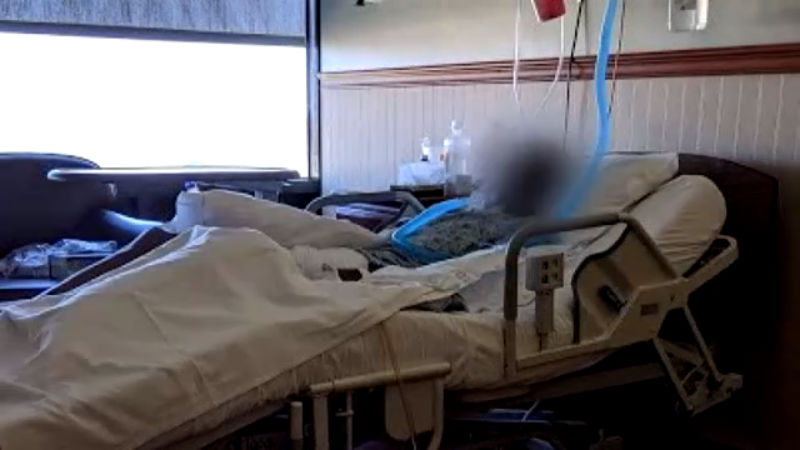 The man they'd been caring for, Elisha Brittman, later was identified at the morgue through fingerprints.

Britman's  spoke Wednesday about how he was pulled off of life support and cared for by the wrong family.

Bennett's family also told their side of the story, and how they were forced to make life and death decisions for someone they thought was their brother.

Meantime, an Illinois state lawmaker has introduced proposed legislation to make sure something like this never happens again.

"When I saw the latest report, it broke my heart listening to the young lady talk about how she searched diligently for her uncle," said state Sen. Patricia Van Pelt (D-Chicago). "I think legislation is important. It is something we should definitely look into creating right now, drafting up some legislation, so that no family will ever have to suffer through this again in Illinois. When you have someone that is unidentifiable, doesn't have ID, is unconscious, fingerprinting seems to me to be the best step you can take at that time."

Police have said fingerprints can be used, but they are not effective if the unidentified person has never been fingerprinted before.