CHICAGO (CBS) -- He's been a staunch supporter of gun control measures for decades, but in a surprising twist, federal prosecutors revealed Thursday that nearly two dozen firearms were discovered in Ald. Ed Burke's offices during their raids in November.

It's still not known if the guns that were found in November were discovered at Burke's ward office or at City Hall, but it's hard to miss the irony of a staunch gun control advocate having to turn over 23 guns as a condition of his bond. 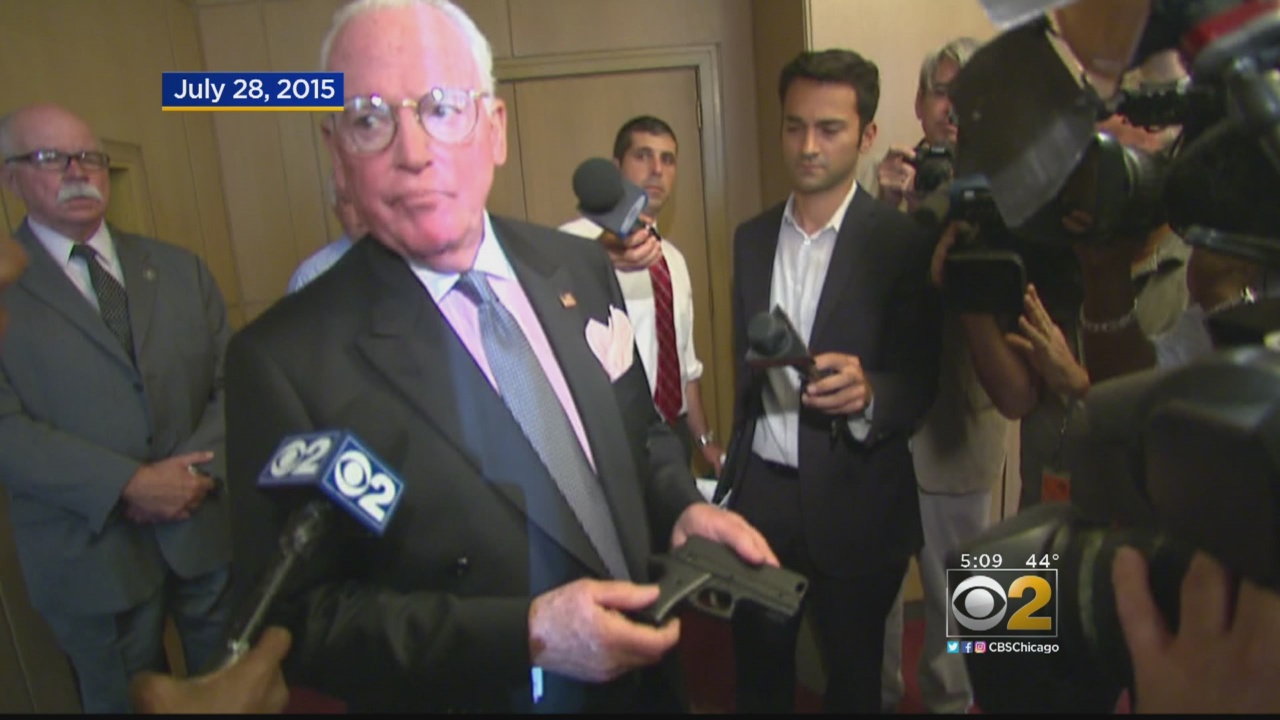 From outlawing cell phone cases shaped like guns to bans on concealed weapons in places that serve alcohol and broadening the gun offender registry in Chicago, Ald. Ed Burke's aldermanic record has defined him as an ardent supporter of gun control.

That's why many people did a double take when federal prosecutors announced that investigators had found nearly two dozen guns not in his home but in his offices.

And a sources tells CBS 2 the weapons were at least at one time on display in cases at his office at City Hall.

Signs posted outside prohibit anyone - even a concealed carry permit holder - from bringing a gun into the government building, but as an alderman, Burke may have enjoyed special privileges.

An 1872 law designating aldermen as "peace officers" allows Burke to carry a weapon.

Sources tell CBS 2 another reason the guns may have been allowed was because many are old and of historic significance.

But ironically, less than a month ago, Burke made this comment at a gun buyback event with police: "Any of those guns that are sitting in your closet that your relative may have brought back from the First World War, Second World War, Korea, bring them in get your 100 bucks get those guns off the street."

CBS 2 reached out to Burke's lawyer and federal prosecutors to clarify details about the guns, where exactly they were kept and whether any were actually in working order but have not received any response.

Ald. Burke Trial Date To Be Set In June