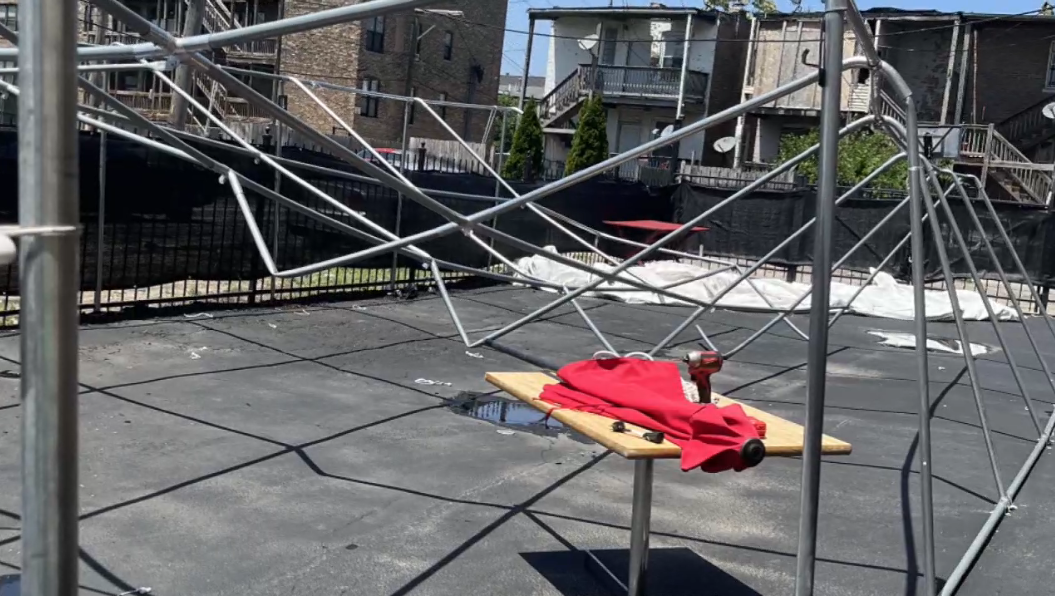 CHICAGO (CBS) -- Last week, we introduced you to a West Side shero, who is giving a big boost to local entrepreneurs through her weekly outdoor market. But after our story aired, the Lavern Herron's business was hit by the severe storms that blew through Chicago on Monday, causing major damage.

Last Saturday, after Herron was featured on CBS 2, Black Wall Street, the weekly outdoor market that showcases the work of mostly Black and West Side entrepreneurs, was bustling.

"So many people came last week and said, 'I'm so proud of you, I'm so happy you're doing this," she said. "The weather was good. Everything was perfect last Saturday. And then to come back on Tuesday and it's gone."

"When I pulled into my park, I didn't see the peaks from the tent. So that worried me," she said.

Herron didn't discover the damage until the next morning. What she found left her in pure pain.

"With all the stuff that I did to get it done, it just broke my heart to see that now I have to start over again," she said.

Herron is choosing to see this setback as an opportunity to go bigger with the home of Black Wall Street. Instead of the tents she had, she's now envisioning something permanent that can withstand strong storms.

"My vision is to have an outdoor pergola of some sort. Something made of steel," she said. "Somewhere where we won't get wet. It won't tear down, and it'll look nice."

To realize that vision will require some help. Herron says, since the storm, her village has already shown up in ways big and small. A friend helped her dismantle the broken tents – which cost more than $1,400 each – and others have sent donations and words of encouragement.

But to get the market back up and running, Herron is hoping for the financial boost of more donations and the help of a contractor.

Bent but not broken herself, Herron knows she will weather this storm. Her work is too important not to.

Donations can be made to Herron through Zelle.

Creator of Blackwallstreet on Roosevelt zelle:

Jackie Kostek is reporter and anchor, covering both news and sports for CBS2 Chicago