CHICAGO (CBS) -- A dog who was found in a garbage bag and left for dead on a cold winter day has been reunited with his real owner.

The pit bull known as Vinny is really named Max, and his owner is a man named Aaron. They were recently reunited after the dog was found abused and that story got the attention of Aaron's relatives, who told him of the horrible story.

Back in February, the dog was found near Forest Avenue, north of West 87th Street.

"I was the one who got the call (of a) dog dumped on the side of the road," said John Haralamos Cook County Rabies And Animal Control. "They knew that dog was alive when they put Vinny in the garbage bag."

The three-year-old, given the name Vinny, was taken to the South Suburban Humane Society where workers discovered he was suffering from dehydration and has kidney issues. 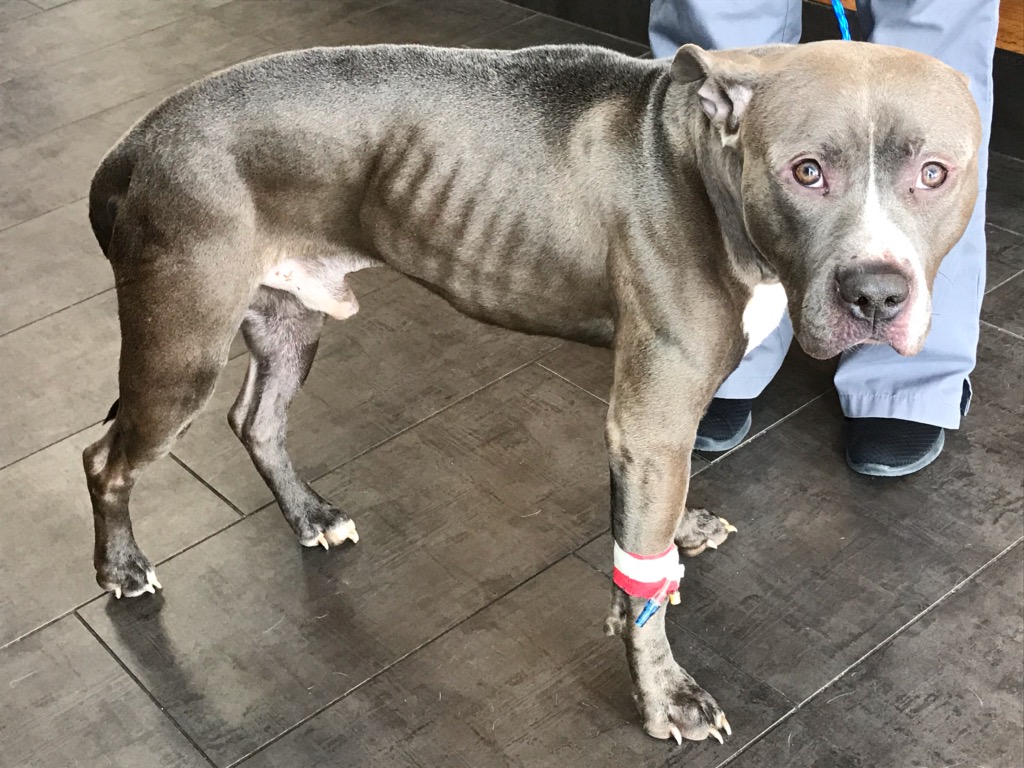 "He was absolutely terrified. It was a solid week before he would allow us to pet him and he would only eat chicken made by a staff member," said Emily Klehm, the CEO of the South Suburban Humane Society. "Staff worked with him every day to get him to trust us and about two weeks later, he was seeking affection."

Klehm said about 10% of the animals that come through the South Suburban Humane Society arrive hurt, but Vinny's condition, found tied up and double bagged was especially alarming.

"Truly, it is not the norm. A very rough estimate is that about 10% of our 3,000 pets taken in per year have truly been in neglectful or abusive situations," Klehm said.

In early March, Janiel Mixon, of Justice, was charged with abusing the pit bull.  Mixon, 48, was arrested on February 28 and subsequently charged with cruel treatment of an animal and violating the owner's duties statute, both misdemeanors.

Many people called to asking to adopt the dog. But it was during this time that family members of Vinny's owner recognized the dog and saw the story.

"He (Aaron) contacted the sheriff's department and they brought him to SSHS to make a positive identification. The initial reunion between the two of them brought everyone to tears. It was the first time we saw genuine joy spring from Vinny," said Klehm, who added that the dog's real name is Max. 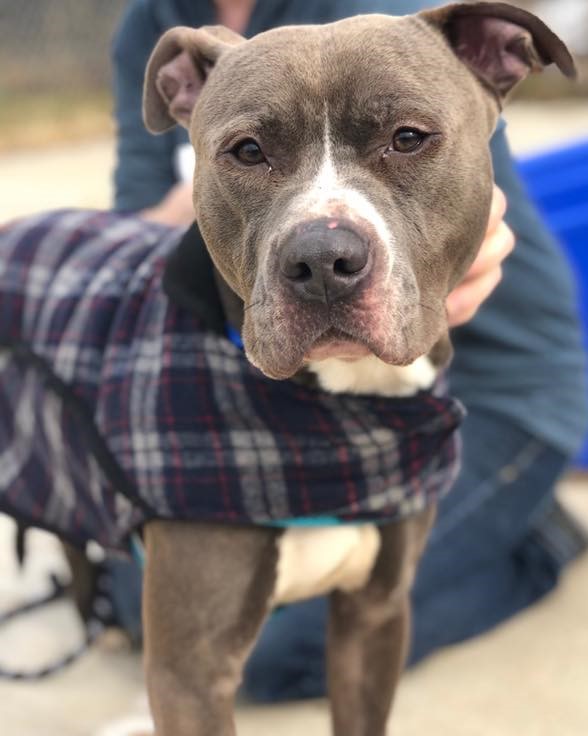 Aaron had proof to identify the dog, but it was what the SSHS staff saw that gave them all the confirmation they needed.

"The primary proof was the way Max jumped through the air to get to him, and cried for him when he had to leave," Klehm said. "We also saw many videos and photos of Max in happier and healthier times."

Turns out, Aaron and Mixon knew each other and lived together.

According to the SSHS Facebook post from March 4, when Aaron (who was initially named John online for privacy concerns) was asked to leave by Mixon's residence "he couldn't take Max as he moved in with family and as he tried to get money together that she demanded as payment to get his dog. He was working two jobs. Never in a million years did he believe harm would come to Max. When Max saw Aaron, he started leaping through the air and straining and pulling to get to him. Max was shrieking and barking with total joy. And every one of us burst into sobs."

The post said Aaron had signed Max over to SSHS because he didn't want anything else bad to ever happen to Max. But when the staff saw the reunion, they asked the detectives present if John could possibly have Max back. They said it was up toe SSHS.

"Aaron adopted Max two weeks ago," said Klehm, who added that a Cook County employee that was so moved by the story paid for the adoption fees.

She added that while the reunion was a great occasion for everyone involved, dogs who go missing aren't always reunited with their owners.

"The circumstances of this story make it extremely rare. But generally speaking, if a pet is microchipped and has identification, about 60% of pets are reunited. If they lack identification, it's unfortunately so much lower to about 15%," Klehm said.

She added that if someone finds themselves in a similar situation as Aaron that it's best to reach out to a person they trust; a friend, relative, even a business that would welcome a pet on a temporary basis.

Mixon was released on her own recognizance and is scheduled to appear for an initial hearing on April 27 at the Bridgeview Courthouse.