CHICAGO (CBS) --   A man apparently posing as a Grubhub driver, accused of running over a woman because of COVID-19 dispute, got a $5,000 bond and electronic monitoring at his court appearance Tuesday. The incident took place over the weekend.

According to information revealed in Central Bond Court, Mohammed, 30, has lived in Chicago and never had a driver's license. Police said Mohammed was arrested on Saturday May 16 around 10:51 p.m.

He was charged with numerous felony counts, including aggravated/use of a deadly weapon and failure to report an accident with an injury. 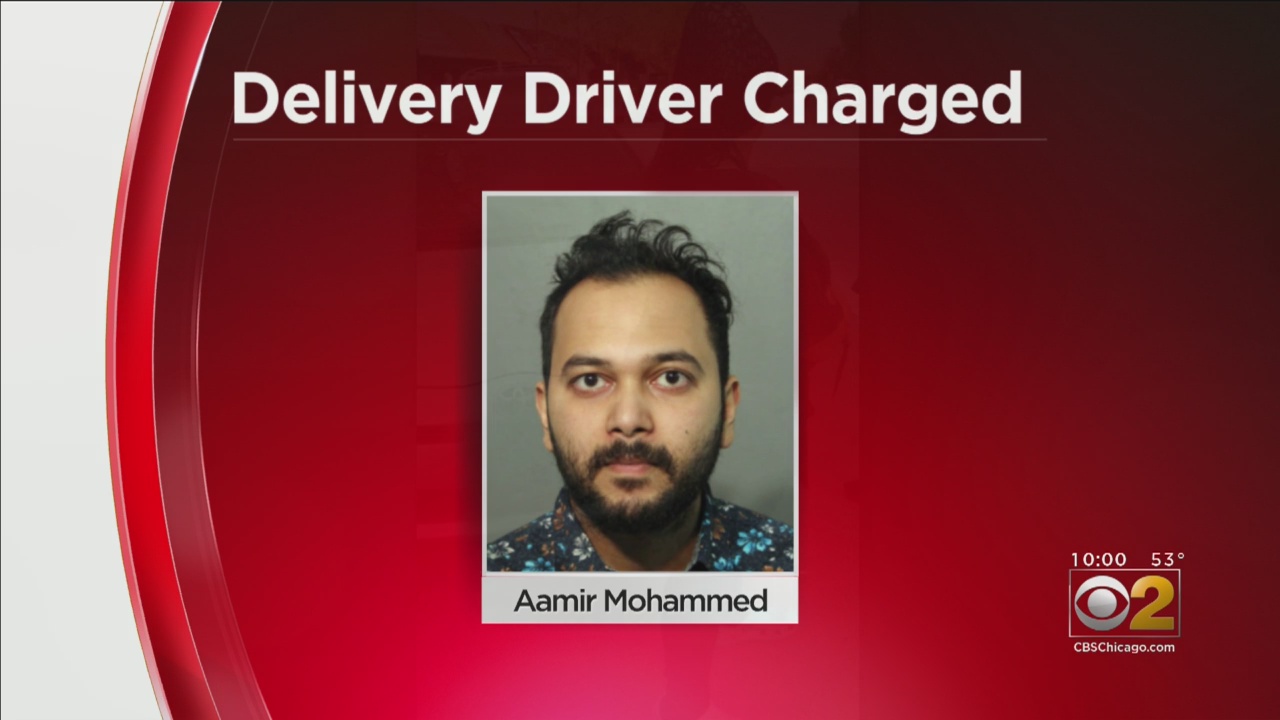 The harrowing event happened outside Ms. T's  Southern Fried Chicken in East Lakeview. Owner Angenita Tanner said it was her 24-year-old daughter who was run over by the Grubhub driver after he wasn't let into the restaurant because of social distancing.

The incident took place around 5 p.m. last Friday, when Tanner said the man came to pick up an order with Grubhub. She asked him to wait outside.

"I only have one person at a time in my restaurant because it's so small, and he told me no, he was not going to step outside," Tanner said.

She said the delivery driver started a fight, throwing kicks against the door, before running outside.

But then the man suddenly took off, taking Early down with him. Another blurry video from across the street shows a moment too graphic to share.

"She was on the hood of the car, and that's when he stopped. She fell, and he ran over her," Tanner said. "He ran all four tires over her. You don't do another human being like that."

According to Tanner, her daughter is still in the ICU and is now awake.  According to CPD, the victim sustained injures to both of her shoulders, pelvis, arms, and head.
Mohammed's next court date is May 27.

Grubhub issued a statement to CBS 2 that said Mohammed had used another person's identification, a violation of its policies.

"Our thoughts are with the victim and her family, and we wish her a speedy recovery. The individual charged with this crime was not a Grubhub driver. He was using another contracted driver's account, which is a fraudulent misuse of our platform.

We run rigorous background and motor vehicle checks before contracting with any driver, among other security features. We are committed to continuously reviewing and evolving our practices to prevent fraud and ensure safety and security for the Grubhub community."