(CBS) Blackhawks stars Jonathan Toews and Patrick Kane came into the league together in 2007, and they'll be together for a long time moving forward too after recently inking identical eight-year, $84-million contracts.

Here's a look at some of the greatest moments the duo has shared together.

In hockey, nothing quite matches the feeling of hoisting the Stanley Cup for the first time. Toews and Kane experienced this together in 2010, when the Blackhawks defeated the Flyers in six games in the Stanley Cup Final. Kane was the hero who finished the series, sneaking a winner in from a tough angle in overtime of Game 6 for the win.

Toews and Kane were catalysts for a Chicago team that led the series 3-2 but trailed 2-1 late in regulation of Game 6 in Boston. No worries. A superb supporting cast came through, as Bryan Bickell and then Dave Bolland scored 17 seconds apart with about a minute left to give Chicago the title. 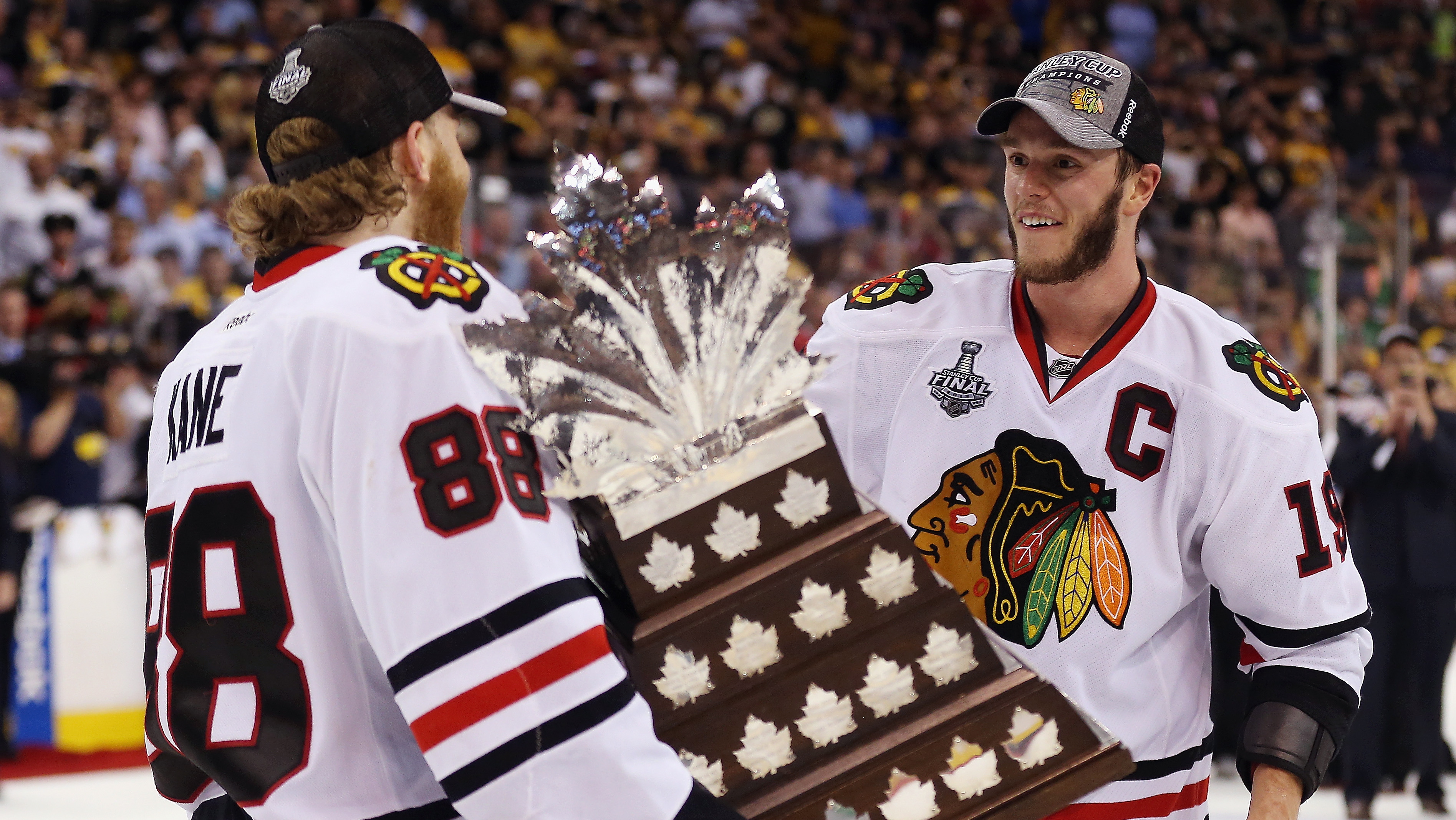 The fun will continue in the long term, as the Blackhawks held a press conference Wednesday to officially announce that Toews and Kane will be under contract through 2022-'23 in Chicago. "It's amazing to think we can continue on this ride," Toews said.

The Blackhawks were well represented at the 2010 Winter Olympics, where in the hockey gold medal match Toews and Canada outlasted Kane and America for a 3-2 overtime win. While one had to win and one had to lose, both represented well and were key cogs on their teams' run.

The first regular-season game Toews and Kane played together in came on Oct. 10, 2007 at the United Center. The Blackhawks lost 2-1 to the Sharks, but it was the start of something special. Chicago's lone tally came when Kane assisted a Toews goal in the first period.