CHICAGO (CBS)-- Two people were rescued after a pontoon boat lost power and struck a dam in Batavia Sunday afternoon.

According to officials, emergency crews responded to the Challenge Dam, located at 500 N. River St. and were able to rescue the female and male victims. 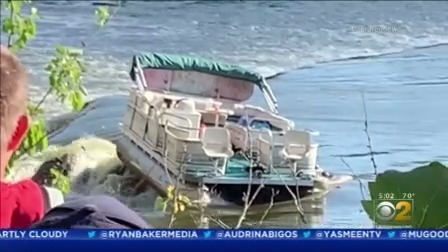 The woman went over the dam and was rescued downstream.

The victims were assessed and released on scene. A firefighter also suffered non-life threatening injuries.

The pontoon boat will be removed from the rocks Monday.