America's moral fabric is in tatters. This great nation--and especially Chicago--is crumbling before our eyes.

Elliot Ness had started to tackle violators of prohibition and Al Capone's gang in Chicago. Capone was the king of all the gangs in the city. Liquor flowed freely; vice, violence and corruption were everywhere.

As this fascinating map illustrates, there was a powerful appeal to the youth to make certain they were "inculcated" with the "most important principles of piety and virtue." The map was designed to "graphically portray the evils and sin of large cities."

There is plenty of that here.

The map is rich in detail and tells the story of the 10-year gangland battles across the city.

It also mixes in a healthy dose of political and comic book humor, like this warning if one were to lie to a G-Man.

(Yard work seemed pretty dangerous back then, too)

A gang dictionary provides a glimpse of the vernacular back in the day. Some of the meanings apply now. Others-like typewriter-not only don't make sense, typewriters hardly exist any more. 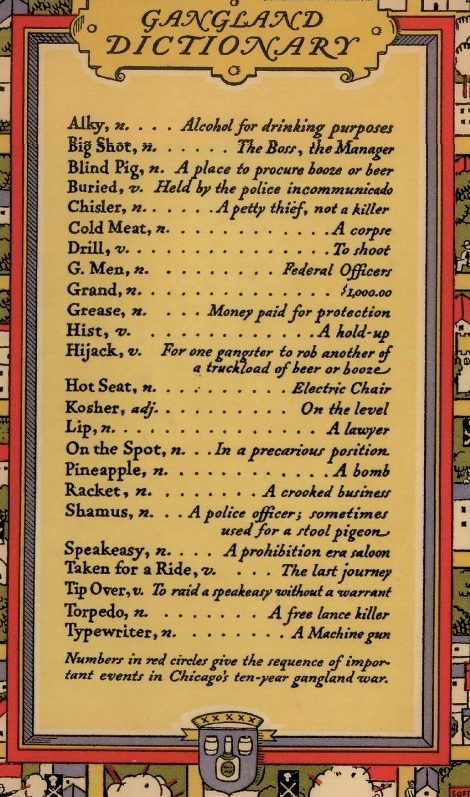 The mayhem in the Loop and Grant Park is striking. Imagine if it were like that today! 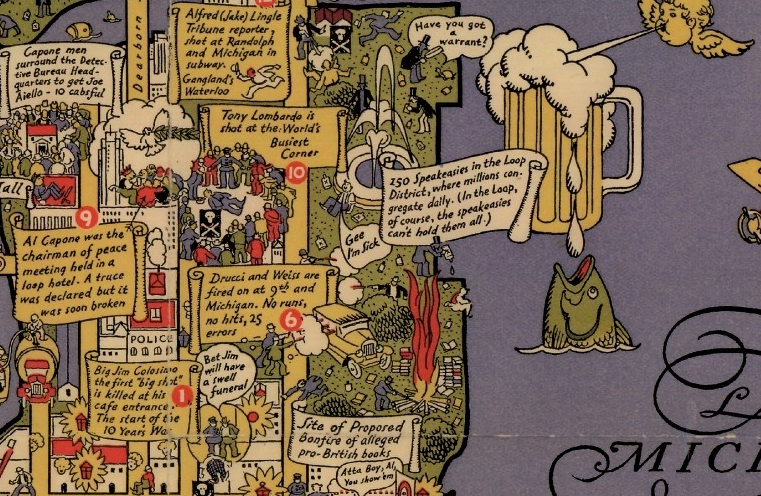 If the illustrations were to be fully believed, it seemed every park in the city was filled with extremely inebriated men (and a few women, too) with whiskey bottles littering the landscape. 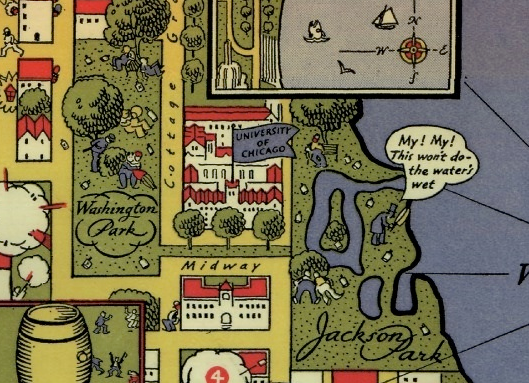 There is a dramatic illustration of the infamous St. Valentine's Day massacre, right next to Lincoln Park, where "dangerous animals are locked up here." 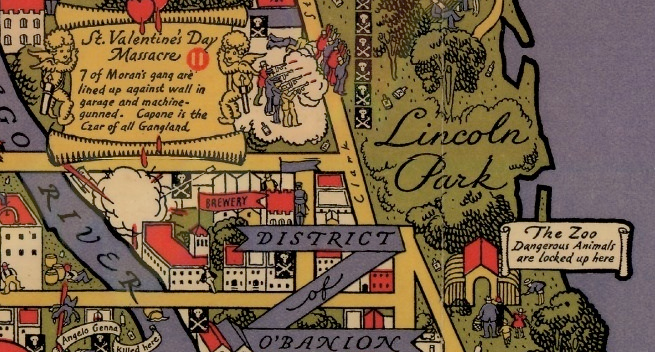