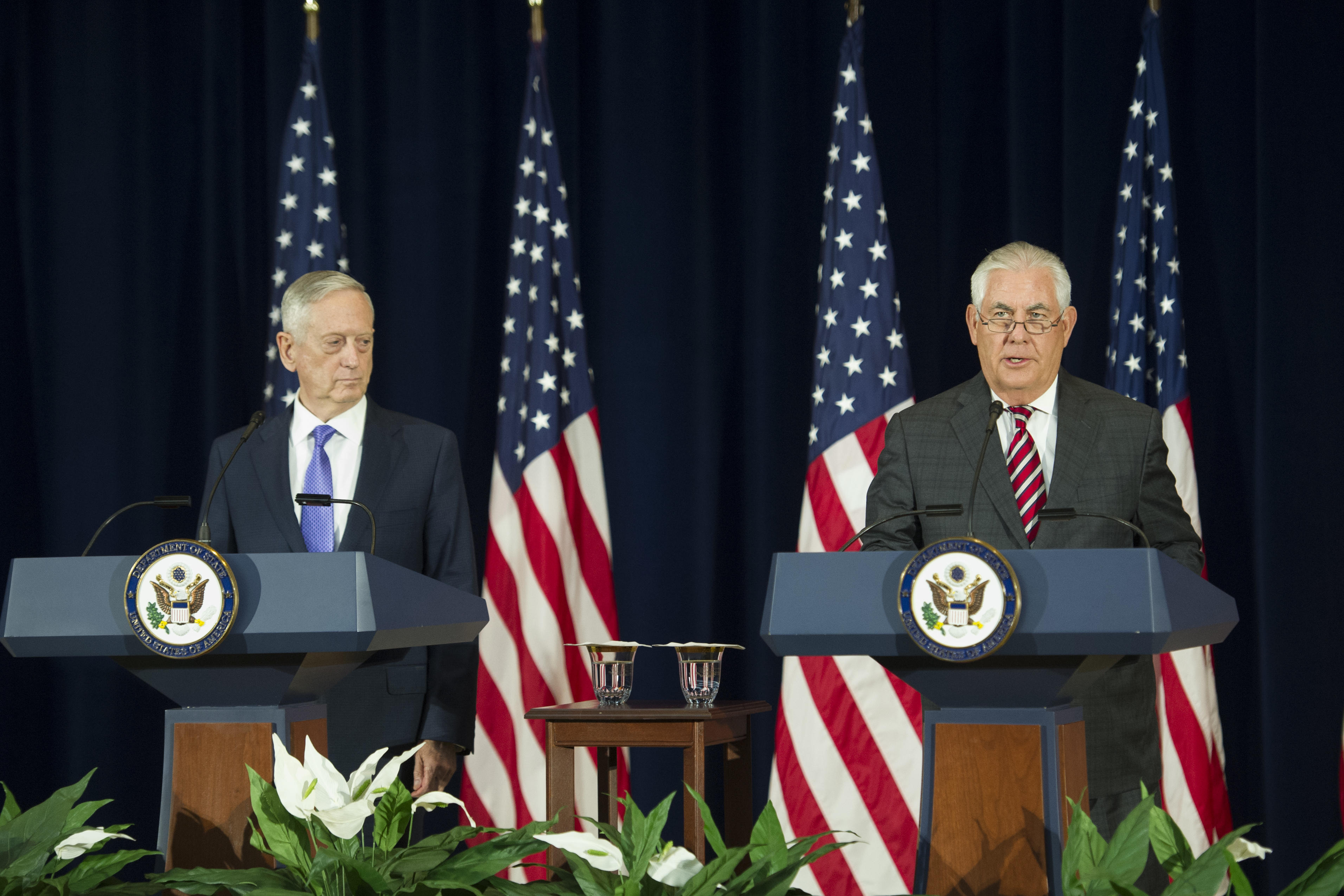 Defense Secretary James Mattis said Wednesday that the recent death of Otto Warmbier, the 22-year-old college student who was held captive by North Korea, "goes beyond any kind of understanding of law and order, of humanity, of responsibility towards any human being."

The University of Virginia student was touring North Korea in January 2016 when he was detained for allegedly stealing a propaganda banner at his hotel. Warmbier was sentenced to 15 years hard labor, but was sent home to Ohio on June 13 in a coma, dying days after his release, after spending 17 months in captivity.

"We see a young man go over there healthy, and with a minor act of mischief come home dead," Mattis said in a joint press conference with Secretary of State Rex Tillerson after briefing on the U.S.-China Diplomatic and Security Dialogue in Washington. "There is no way that we can look at a situation like this with any kind of understanding," he added.

President Trump called Warmbier's death "a total disgrace" on Tuesday, and he also tweeted that China's efforts to help with North Korea have "not worked out."

A day after Warmbier's death was announced, Sen. John McCain, R-Arizona, said that anyone who is "stupid" enough to visit North Korea should be required to sign a waiver absolving the U.S. government from any responsibility for that individual while they are abroad.

"There should at least be a form for them to fill out that says, 'If I go to North Korea, I understand I am taking great risk, and I do not hold the American government responsible,'" McCain said.

Mattis went on to describe North Korea as a country that "plays outside the rules" and "plays fast and loose with the truth."