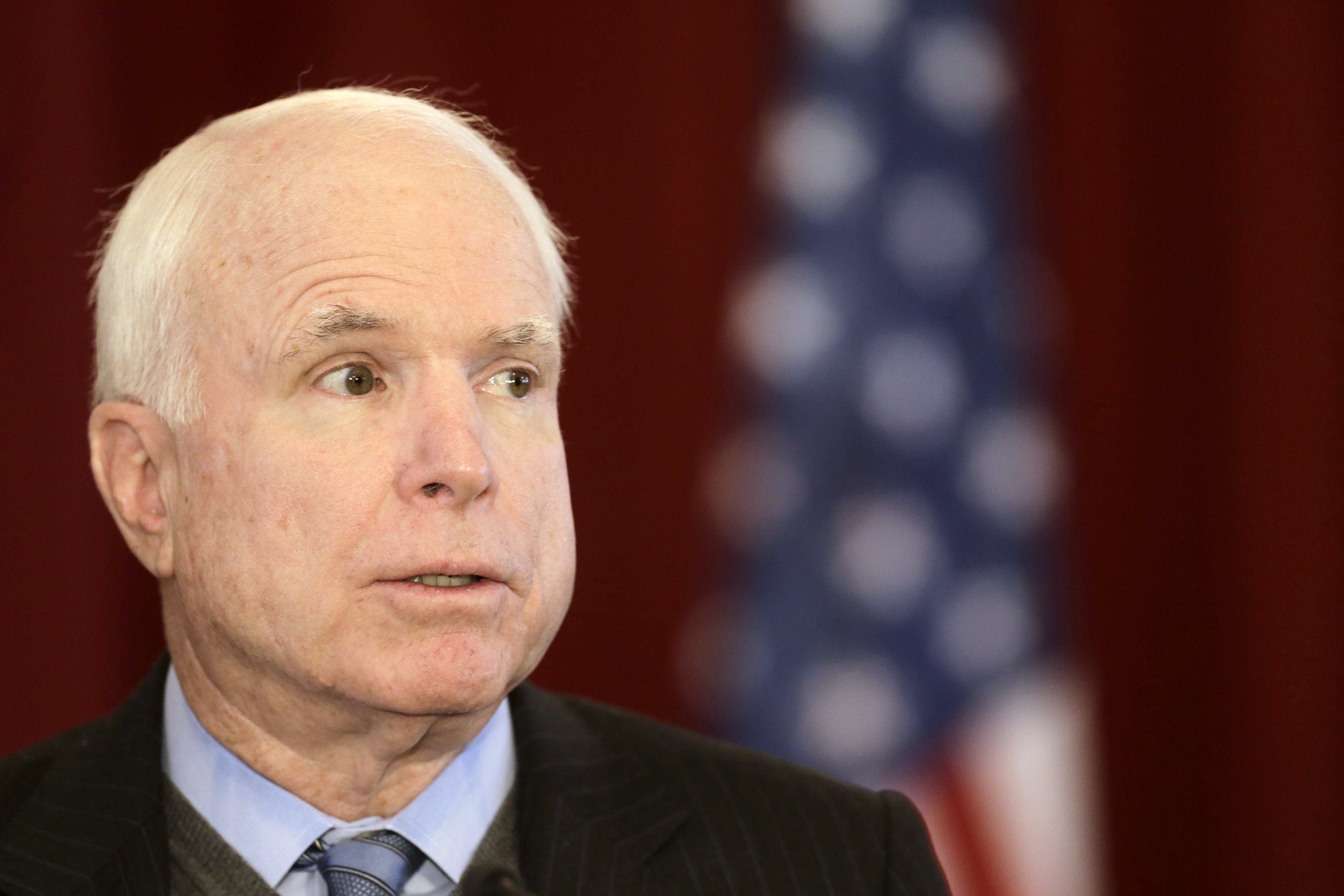 President Obama's impassioned defense of his foreign policy Monday - and takedown of those who criticize him - has done little to convince the critics they are wrong.

Speaking at an event on the U.S. role in European security at the Atlantic Council Tuesday, Sen. John McCain, R-Ariz., defended his call for the U.S. to give some sort of military aid to Ukraine.

"Why is it that the prime minister and the other friends of mine who are in Ukraine say they want defensive weapons? So they can defeat the Russians? Of course not. It's a morale thing," McCain said.

By providing some defensive weapons - body armor, night vision technology and anti-armor weapons were among the suggestions McCain offered, along with a long-term military assistance program - the U.S. could help boost morale and ensure that fighters could at least mount a defense if there was a Russian invasion.

"I have no illusions about what it could do but I do believe it could be a very significant signal to them that we're going to help them," McCain said.

During a press conference in the Philippines Monday, Mr. Obama suggested that sending arms to the Ukrainians would make no difference in the crisis.

"Do people actually think that somehow us sending some additional arms into Ukraine could potentially deter the Russian army?" the president asked incredulously. "Or are we more likely to deter them by applying the sort of international pressure, diplomatic pressure and economic pressure that we're applying?"

Democratic Sen. Chris Murphy of Connecticut, who appeared at the Atlantic Council with McCain, agreed that sending weapons was not a viable strategy, but for different reasons than the president.

If the U.S. were to send that type of military assistance and the Ukrainians were to fight, and lose to the Russians, it would become, "a victory over the Ukrainian military and the American military together which I think would weaken us as a nation in the eyes of the world," he said.

Both senators pushed for a stronger U.S. response. Murphy said offering a membership action plan to the country of Georgia, a former Soviet Republic that clashed with Russia in 2008. McCain said the U.S. needed to immediately begin working on a strategy to increase Europe's energy independence and move ahead with tougher sanctions.

"Europeans aren't going to enact meaningful sanctions as long as they're dependent on Russian energy," he said.

McCain also took the president to task for suggesting critics of his foreign policy were too eager to go to war.

"The question I think I would have is: why is it that everybody is so eager to use military force after we've just gone through a decade of war at enormous costs to our troops and to our budget? And what is it exactly that these critics think would have been accomplished?" the president said at his press conference.

That assessment, McCain said, is "intellectually dishonest" because he has not advocated putting U.S. boots on the ground abroad.

Secretary of State John Kerry spoke after McCain and Murphy at the Atlantic Council event, calling the events in Ukraine "a wake-up call" that highlight the importance of a strong NATO.

"We find ourselves in a defining moment for our transatlantic alliance and nobody should mistake that and we are prepared to do what we need to do and to go to he distance to uphold that alliance," he added."

But Kerry also warned that nations must not continue to allow their defense budgets to shrink, which will weaken the alliance's capabilities. If the member nations stand together, he said, "then I am confident that NATO, the planet's strongest alliance, can meet the challenges, can absolutely take advantage of the opportunities that are presented by crisis and we can move closer to a Europe that is whole, prosperous, at peace, and free and strong."