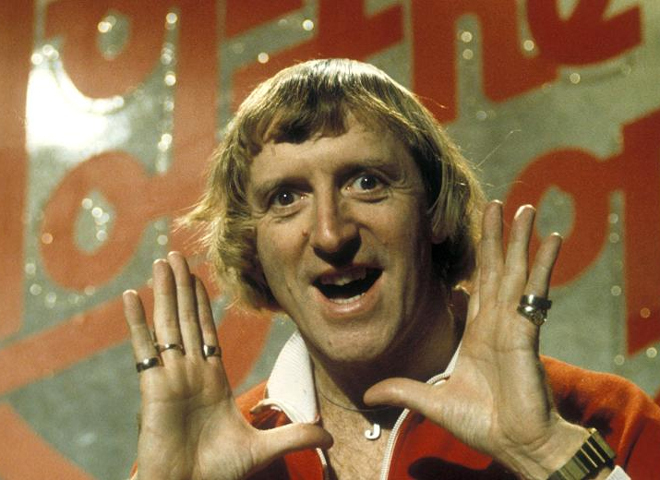 LONDON Disgraced BBC entertainer Jimmy Savile was investigated in the 1980s over an allegation of indecent assault, police said Thursday as they announced that 300 potential victims had come forward so far with abuse accusations against the late TV host.

The twin announcements showed how a sex abuse scandal that is engulfing one of Britain's most venerable news organizations was showing no signs of abating.

Officers have interviewed 130 of the 300 potential victims so far and even more are expected to contact authorities, Commander Peter Spindler, leader of the Scotland Yard inquiry, said Thursday.

The once popular children's television and radio presenter is accused of using his fame to coerce vulnerable teens into having sex with him in his car, in his camper van, and even in dingy dressing rooms on BBC premises.

Since the allegations aired on British television earlier this month, London police have received three times the usual number of calls about allegations of past sexual abuse. The NSPCC, a leading British children's charity, said it had received 60 percent more calls about abuse cases.

"I have no doubt that we are in a watershed moment for child abuse investigations," Spindler said.

Previously feted for his charity work at hospitals and childrens' homes, Savile is alleged to have deliberately supported such causes to target troubled youths whose credibility would be questioned if they reported the alleged sexual abuse.

Spindler also disclosed for the first time that a retired London police officer had contacted Scotland Yard to confirm that he investigated Savile in the 1980s after a young woman alleged the presenter indecently assaulted her inside his trailer while it was parked on BBC premises.

The ex-officer had explained there hadn't been sufficient evidence to prosecute Savile at the time, Spindler said.

Police have also discovered that a woman contacted Scotland Yard in 2003 to allege Savile had touched her inappropriately in the 1970s but did not seek to press charges.

The police commander acknowledged he had been stunned by the volume of abuse allegations reported to his team of 30 officers in the three weeks since details about Savile's activities first came to public attention.

"It is quite staggering, the number of women ... and this is primarily women - we have only got two men in the system so far," Spindler said.

Spindler said although the majority of cases related to Savile alone, some involved the former television presenter and other unidentified suspects acting together. In addition, some potential victims who had reported abuse by Savile also told police about separate allegations against the unidentified men that did not involve the BBC entertainer.

Spindler said that Savile, who died last October at age 84, was "undoubtedly" one of the most prolific sex offenders in recent British history.

The Savile scandal has rocked the BBC and prompted disbelief that the presenter's crimes could have gone unnoticed or unreported by colleagues or managers.

Some of Savile's alleged victims have already publicly spoken about the abuseon BBC News. Kevin Cook told the nationally-funded broadcaster he had been at their television headquarters as a nine-year-old cub scout in 1976 when Savile lured him into his dressing room with the promise of a badge.

"I thought I couldn't feel any worse than I do but what with all the allegations that have come out I'm just deeply, deeply shocked," he told BBC News.

Another woman, Karin Ward, said Savile abused her while she was attending Duncroft approved school for girls in Surrey. She told the BBC that when the abuse was taking place, Savile "laughed about it."

Executives are facing sharp questions about what they knew and an internal inquiry is reviewing why a posthumous BBC investigation about Savile's sex crimes was shelved. The report was scrapped weeks before the broadcaster aired a series of tribute shows, including the interview with Ward.

Mark Thompson, BBC director-general from 2004 until last month who is now the incoming CEO of the New York Times, is among those facing questions from U.K. lawmakers. Thompson has insisted that he never met Savile, was unaware of rumors about his behavior and had little knowledge of the cancelled expose.

In a letter to The New York Times staff published Thursday by paper, chairman Arthur Sulzberger said Thompson had thoroughly explained his handling of the issue.

"Mark has provided a detailed account of that matter, and I am satisfied that he played no role in the cancellation of the segment," Sulzberger wrote.

BBC Director-General George Entwistle announced it's own internal inquiry earlier this month and offered a "profound and heartfelt apology on behalf of the BBC to every victim."